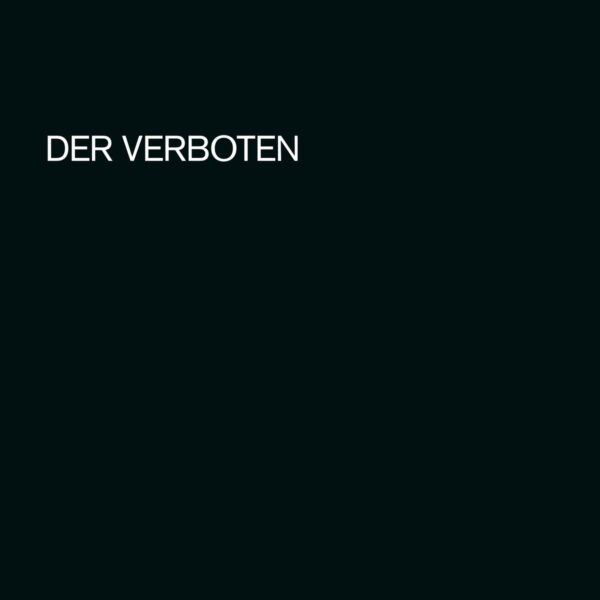 The foursome claim to be forming their own “resolutely differentiated sound language” as they pursue their musical quarry. One of the USPs is that they believe in structure and ideas, but free improvisation remains at the heart of every move. There are two side-long pieces here, which I can only assume went down as single-takes with no editing, called ‘Litanie’ and ‘Ether’. Like other players in this area, Der Verboten make a virtue out of weaving “dense textures”, as the press release has it, which is another way of saying that each instrument strives very hard to make itself audibly distinct while contributing its voice to the overall group performance, the all-encompassing blanket. At one level, this also means they kind of stay in the same place for a long time, as on ‘Litanie’, which for the most part presents a forward-moving flowing-river kind of action, abstract and vital, yet without succumbing to the excesses and explosive qualities of old-school free jazz. Aye, there’s a distinct coolness to the performance from these Europeans, a certain rigid control, but in this context I feel it is is something that works very well. Yet neither are they distant ice-hearted minimalists; Der Verboten aren’t aiming at something stripped-down and cerebral in the Polwechsel mode, and you can still feel the warm beating heart that propels this very fluid music forward down its courseways.

I certainly enjoy the vigourous action and blended tones of ‘Litanie’, but I also wallow in the ‘Ether’ B-side. This is mainly because of the sustained and foot-pedalled piano chords of Piromalli, which occupy a good deal of this side of the platter; somehow he creates a fascinating, black, very deep space, full of resonances and echoes, allowing the other players to dive in and collaborate like so many deep-sea fish. If they resemble a miniaturised porcelain replica of the Cecil Taylor Unit on side A, it’s on side B that our men come closest to reincarnating the spirit of AMM, but in a much more exciting fashion, not held back by provisional statements or political baggage. I mean the determination to push the music beyond jazz, beyond Morton Feldman, and also the shared attentiveness that ripples between the players, evidence of that musical telepathy that almost manifests itself as aerials popping out of their heads with little blinking lights. I also enjoy the very felicitous combination of these four particular instruments, and while I may seem to have awarded the piano a gold star, I always love hearing Loriot’s rich and dark viola work, and everyone is working hard to produce unusual and innovative sounds.

Recorded in Zurich in 2019 and packaged in a very restrained and austere cover by Andreas Bertschi. Excellent slab of vinyl. From 5th March 2021.