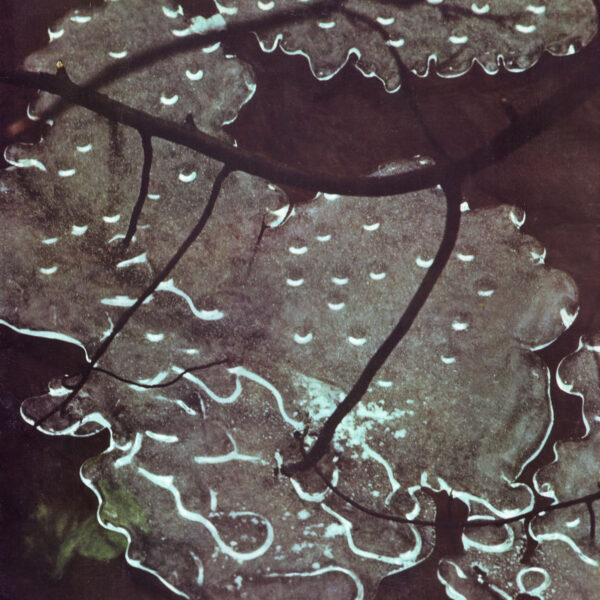 Here we have M.B.‘s Armaghedon (VERLAG SYSTEM VS025), presented in a remastered edition where both the original audio and visuals have been lovingly restored.

I myself am not a dedicated subscriber to the music of Milan-based genius Maurizio Bianchi, who released much of his material under his M.B. alias, but I suppose it would be churlish to dismiss him or ignore his impact on the worlds of industrial music and tape-trading; I gather his early cassettes from the 1980s are regarded as an important part of the cassette noise and industrial network. influencing many. Armaghedon however was not a cassette, and originally came out on vinyl on his own label in Italy, in 1984; original copies are fairly pricey collectors items now. It was music intended for a film soundtrack, but Bianchi never completed the film. Based on what I hear so far, I personally have no interest in pursuing this lost cinematic gem any further, but I will concede that the hideous sound successfully conveys the utter despair which our man was apparently tormented by at the time. For one thing, he evidently took the year 1984 very seriously, and while I find there are no explicit references to the Orwellian dystopia here, his own public statement from this time indicates he personally felt he was living through the end-times: “the end is very near…it’s really the beginning of the end.”

As a further index of his chronic misery and possible artistic crisis, it seems he destroyed most of the print run of the record, which is why only a few of the original 300 copies survive today. What emerges from the grooves of this downer is not the vicious power-noise which I had been half-expecting (did M.B. ever produce anything in that genre?), but instead a ceaseless blather of dismal outer-space sounds, endlessly echoed non-musical and inhuman tones, refusing to cohere into a digestible or intelligible shape, and ultimately conspiring to create a horrifying sense of disconnectedness, a truly disjunctive evocation of a mental and physical Hell. The press team at Verlag System waste no time in comparing this desolate statement from 26 years ago with the current miserable state of affairs afflicting the world, and my press note contains a fair amount of this rather sentimental hyperbole, such as “the world watches in terrified disbelief as a slow creeping malevolence grips the hospital wards of major Italian cities…” Evidently, we are expected to link the personal turmoil of Bianchi to the pandemic crisis, almost as if it were a prophecy that has come true. This wouldn’t surprise me, as there are other included letters of testimony from notable listeners who are clearly in thrall to the mythology of this creator, including Stefano Barban and Siegmar Fricke, and other disciples.

A truly horrible and depressing listen, but I do understand why many listeners are drawn to the cult of M.B.; he has the same kind of compelling anti-charisma as other significant figures in the industrial arena, acting as a magnet to the disaffected and the alienated. Pressed in “smokey coloured vinyl” in an edition of 300. From 24th March 2021.