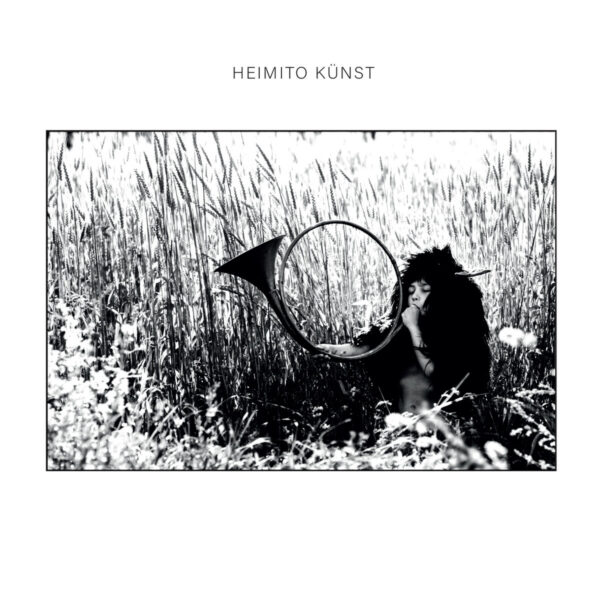 From out of almost nowhere comes this unusual self-titled debut album (DISSIPATIO DISS002) by Heimito Künst, through the good graces of our Italian friends – Simon Balestrazzi did the mastering, and Nicola Quiriconi kindly sent us a copy. Seven tracks of strange instrumental music all played and home-produced by the mysterious Heimito Künst, who may or may not be a German artiste (guessing by the name) and whose music has some Krautrock-styled undertones, according to the press.

He plays a large number of instruments, including percussion, synth, electronics, and the bass guitar, plus the beloved Farfisa organ, a keyboard which can be the go-to instrument for those who wish to summon an eerie horror-movie mood in their music. Plus there’s field recordings, experiments with magnetic tape, and treated voices. These voice elements might be one point of entry for the listener, who I suspect may be caught off guard by the rather uncanny and other-wordly vibe that is projected here; on the other hand, the voices are likewise glorpy and bizarre, and their textual content (if any) so heavily disguised that we might as well be hearing the first haltering attempts at speech by some Neanderthal man, or the grunts of an alien being emerging from the purple swamp. The music does all it can to create a “deeply psychedelic journey”, as the press notes have it, “with no certainty other than getting lost in it”. Getting lost in music has always been one of my aims, so I welcome another addition to the growing genre of out-there freakster travelogues offering a trip through their “burning brain” (c.f. Tangerine Dream) with extended sojourns behind the frontal lobes.

Künst does all of this in a remarkably laid-back manner, the music proceeding with the leisured slowness of 17 buckets of treacle, but there is much detail and incident in every passing moment of these shapeless night-crawlers, and never once does the record settle into a cosy drone mode. Within the slow-moving form, Künst finds a way to generate or bring forth irregular half-suggested rhythms, as of some lurching torso or a huge shaggy beast with mighty lungs drawing in air from the frosty mountains; it’s these rhythms which lend it the ambience of a slowed-down Krautrock rhythm track, while the spooky Farfisa drones add a touch of the Cluster-Eno mood. I do like that Künst refuses any possible outer-space travel associations with this music, and though it’s very abstract and subjective, to me the record feels quite down-to-earth despite its kaleidoscopic vision of life, like some crazed mountain man ingesting LSD and mistaking a passing moose or elk for an unearthly visitor. The strength of this record might be due to fact that the creator spent a good deal of effort in its realisation; we have here a three-year period (2016 to 2019) when the musician lived what I hope was a hermetic sealed-off life realising his feverish visions, before handing the tapes over to Simon B. for the mastering stage.

In all, a fine piece of haunting and singular music, from a very idiosyncratic creator. From 7th April 2021.