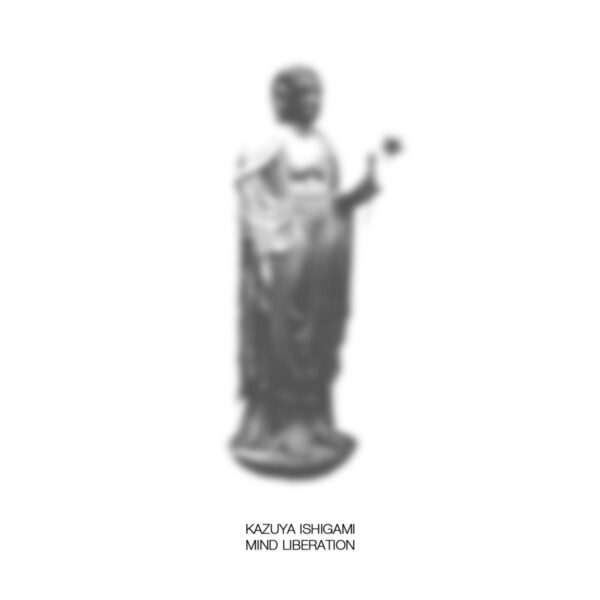 Kazuya Ishigami is the hard-working Japanese musician associated with Daruin and Billy?, and curator who also co-managed the label Kyou Records, showcase for some very interesting instances of Japanese electronic and electro-acoustic music of all kinds which we noted in 2017 and 2018. I think the label is still going, but perhaps now under new management, and fairly recently there has been an extensive reissue programme rescuing amazing electronic records from the Vanity label, released in the later 1970s and early 1980s. Kazuya also made a record as Cleaner 583, a very minimal piece of ambient dronery with advanced ideas, reflecting his background as a scholar and serious student of musique concrète and electronic composition.

He’s here today with Mind Liberation (DD69) released on the Texas label Dada Drumming, a CD occupied by two very long suites of contiguous music intended to reflect ideas from Buddhist doctrine. The first piece is subtitled “Anger, Sadness, Apathy” and the second “Vanity, Pride, All Emotions”, which may have something to do with the Buddhist view on psychology and emotional states (but I am not really an expert in this area, so cannot elucidate further). Unlike Tibetan Red, who affects an interest in world religions to express a very serene state of mind in his long-form drones, Kazuya Ishigami’s sound art here is somewhat more unsettled, almost turbulent – each half-hour suite moves through a range of strange textures and sounds, and he deliberately includes noisy and chaotic materials along with the more soothing ambient swathes. His explicit aim is to depict “the mind in transition”, and hopes that he can assist the listener with “your journey on the Path of Enlightenment”, so it might be reasonable to regard these abstractions as somehow mapped directly to one man’s chain of thought, carrying us down the avenues and byways of the brain.

Even if we disregard this conceptual dimension, or if we don’t subscribe 100% to the tenets of Buddhist faith, Mind Liberation remains a compelling listen from start to finish, with a lot of incident and a lot of detail; and the construction of the material is impeccably done, editing together disparate sources so ingeniously as to elide any jarring shifts in timbre or tone. Most of the churning, grittier material is to be found on the first track, while the second track emanates long mysterious icy drones from the moon among its despondent waves. The accumulative effect of this, who knows, may indeed lead you to some form of mental liberation, an ambition devoutly to be wished. I also like the overall sound of it; sources are hard to pin down, to identify with any certainty; it may be derived from natural recordings, or generated artificially, and it’s never really clear. And yet, somehow, things remain human and recognisable, depicting something we can all relate to at some level. If you’ve ever found modern electro-acoustic composition to be a shade too inhuman and cold, this might just be the record for you. From 26th April 2021.