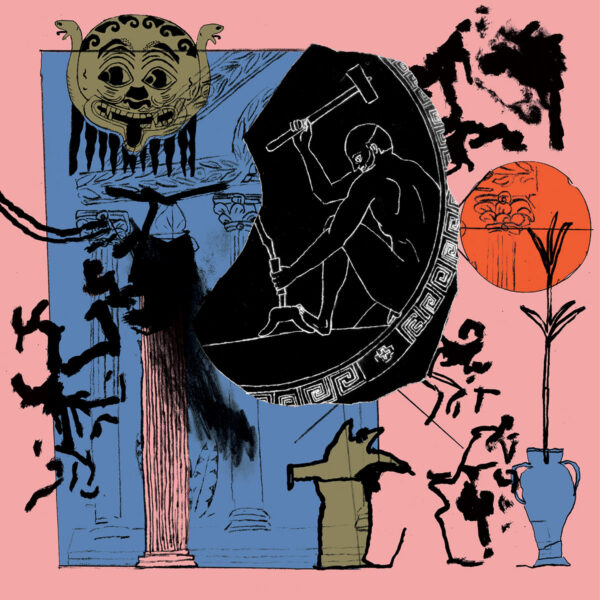 Banausoi are a relatively new improvising Czech trio comprising Peter Vrba, Vaclav Safka, and Ondrej Zajac. They’re all busy people who play in other bands and projects, but still decided to form Banausoi as it offers them all a platform to play and explore styles of music they can’t do anywhere else. Fairly unusual instrumentation on Imagines (CIRCUM-DISC MICROCIDI022 / 13 RAW 13R001) – trumpet, clarinet and electronic treatments from Vrba, with the guitar and voice of Zajac and the percussive work of Safka, which they sometimes blend into these long-form meandering improvisatory explorations, with very little structure or rhythm, driven solely by a need to keep delving deeper into unknown turf. This works quite well the colder and more minimal they get, such as on ‘Dialogues of the Dead’ and ‘Phaenomena’, but perhaps less compelling when we get the sentimental guitar tune and backwards tapes on ‘Stoa Poecile’. On the opener ‘Aeneas Tacticus’ they also want to demonstrate they can do noisy freakouts in some generalised heavy-metal / psychedelic manner, and things get messy in short order. There’s some vague theme to do with Ancient Greek myths, reflected in the cover art, tune titles, and the band name, which was a very pejorative word applied to bad artisans and manual workers in Ancient Greece, and is still used today to describe boring or mechanical work. The trio proudly align themselves with this epithet. 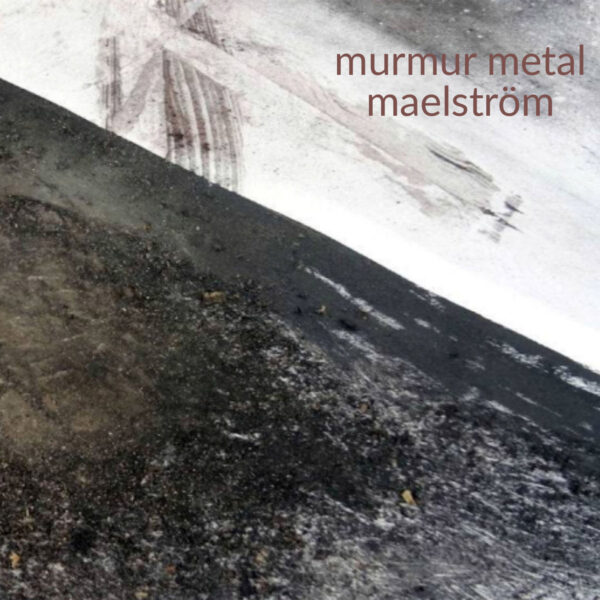 David Bausseron has in the past made some records as a guitarist, sometimes appearing on this label as a member of the Circum Grand Orchestra, but here he is under the alias Murmur Metal making a metallic percussion record called Maelström (HELIX LX018). He’s been engaged with this approach for over ten years, ever since he found some interesting junk in a skip near a metal factory, and since then has been attracted to any objects with resonant properties which he can use. His Murmur Metal projects have sometimes taken the form of art installations, concerts, or even interactive gigs in the street. Natch, he wouldn’t be the first musician to go down the “metal” route favoured by many in the industrial genre since the early 1980s, but I think the process that’s relevant is the “gesture” used by the player in this context; he calls this movement an ‘action sonore’, a very apt term, and the movements of his sweeping arms are captured faithfully on these three recordings from 2013 and 2018. There is a long list of objects provided in the cover for those who wish to make an inventory, and some electric guitar work and live electronics are included in the final mix. Results are much more subtle than the schools of Z’EV or Neubaten, but they lack fire. 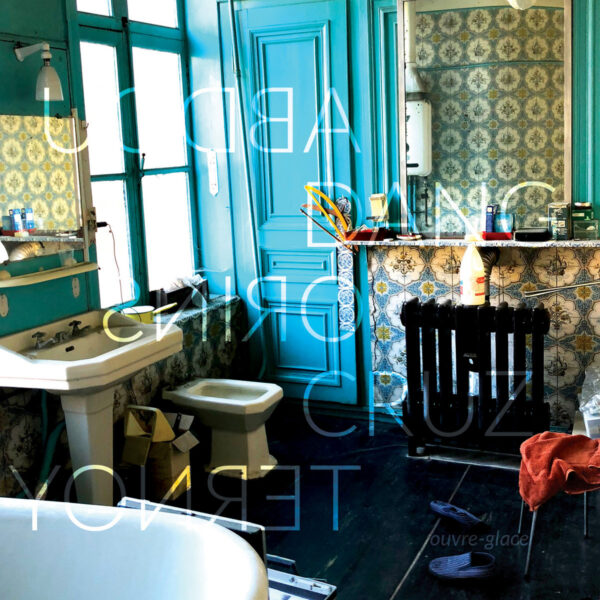 The band ADOCT is formed from a blend of the Toc group and other players associated with this label and the Muzzix collective – the names Sakina Abdou, Peter Orins, Ivann Cruz, Jeremie Ternoy and Barbara Dang will be familiar from previous reviews. Here the five-piece join forces on Ouvre-Glace (HELIX LX017) with all-acoustic instrumentation, including saxophone, piano, percussion, and acoustic guitar. The recording took place in a single day at the end of 2020 at a venue in Lille; according to the notes here, it seems to have almost happened by accident, there might not have been much of an audience, and these five had never actually played together before. This has led to a certain tentativeness in the music as they explore each other sonically, and a good deal of restraint in the playing, as can be heard on the minimal opening cut ‘Ouvre-Glace’, which now I come to think of it might be the French way of saying “ice-breaker”. The doubt and ambiguity continues on other lengthy stretches, such as ‘Carentiel’, ‘Docteur Infini’, and some parts of ‘Dementi Conforme’. Elsewhere on the record, as they grow more confident and assured, the music gets more audible but also starts to turn into more conventional jazz-inflected free improvisation, and is oddly less compelling. Without wishing to reference lockdown conditions in a review yet again, the pandemic is clearly something that has had a profound effect on these players as they emerge blinkingly into the sunlight outdoors, and aren’t quite sure what to do next. 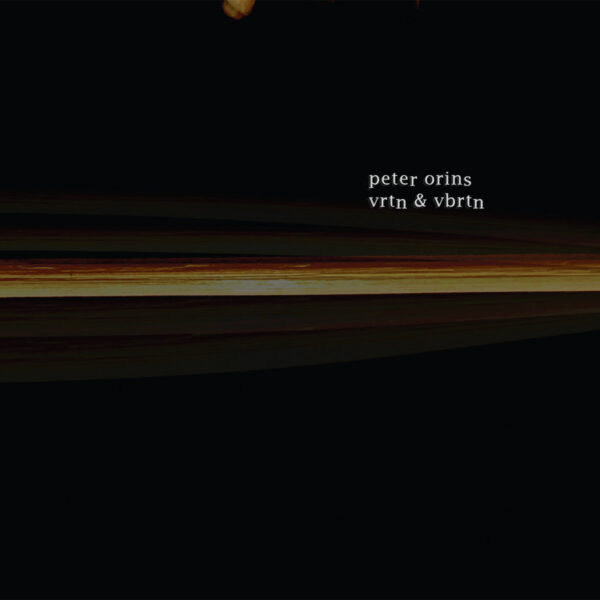 Peter Orins surfaces again on VRTN & VBRTN (HELIX LX016), a solo drum / percussion record which he made during 2020. Actually this is more of a process-based record than purely free improvisation, and there’s a certain discipline in these grey surly sounds that may have a mesmerising effect on the listener; the first of these, ‘VRTN’, certainly lasts for long enough to satisfy La Monte Young conditions, over 30 mins of a process experiment that tells us something about how the drum can make other nearby objects in the room (made of wood, metal and glass) resonate. I think he stops short of an acoustic feedback experiment, but he does apply electronic enhancement in the form of a box made for him by Antoine Rousseau, using Pure Data. This box injects a real-time random element somewhere in the performance as he gently rubs his skins, along with unexpected harmonics in the acoustics. If any of us ever needed a “lockdown soundtrack”, this piece of solitary introverted murmuring is just perfect for the stir-crazy shut-ins we all became. If you dig what he’s laying down, try and find his earlier 2019 album where these resonating strategies first began. The second cut ‘VBRTN’ is somewhat different; all-acoustic with no electronic japery, this one is low-register vibrations and drones, produced by careful arrangement of toms and cymbals; it’s based on an ingenious extended technique which Orins discovered when he stuck in his wooden stick in a certain way. 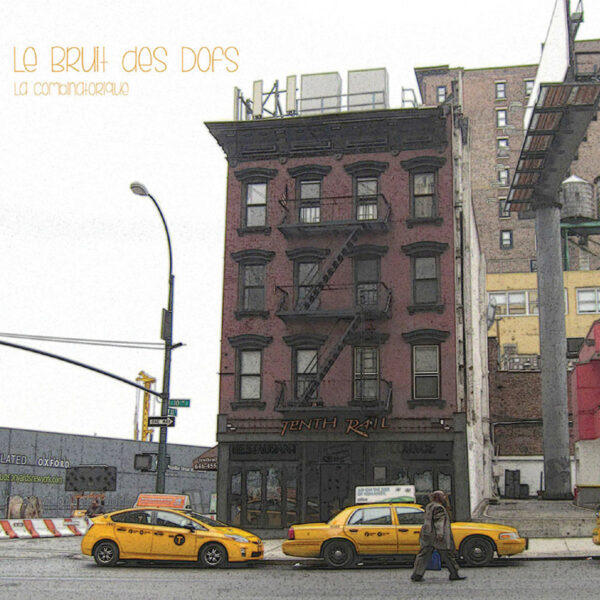 Le Bruit Des Dofs are a trio playing guitar, bass and drums on La Combinatronique (CIRCUM-DISC MICROCIDI 020). Jean-Louis Morais, Olivier Verhaege and Charles Duytschaever have all previously been members of the slightly larger group Outre Mesure, who made records for Circum Disc and Great Winds. Nine instrumentals here all composed by guitarist Morais, and mostly a showcase for his jazz-influenced riffing and soloing, and while one is tempted to think of this as a post-modern update on 1970s jazz-fusion, there’s also some darker elements in evidence; the band are keen to point out their “psychedelic contours” and they make suggestions of progressive rock (perhaps locatable in the tricky time signatures and odd dynamics). Le Bruit Des Dofs are also trying to tell us something about “the noise of the world and the mess in our heads”, and propose this album as “music that takes you in a hellish spiral”. These sentiments are further expressed in the cover photographs of urban sprawl, which may be aiming for a “streetwise” vibe; on the inside, the name of the band appears in unexpected locations in a sleazy night city scene, on billboard hoardings and night club signs. Seriously talented musicians at work here, and the music has some passion, but it doesn’t quite gel; they can’t seem to shake off their penchant for excessive jazzy noodling, and the over-thought compositions get in the way. La Combinatronique fails to deliver on the promises of “rage, ecstasy, and frenzied delirium”.