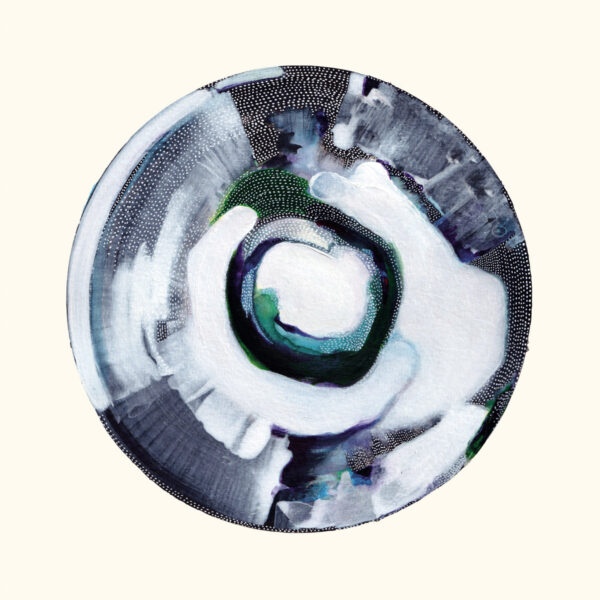 Two contemporary greats join forces on The Universal Veil That Hangs Together Like A Skin (EDITION FRIFORMA eff-007). If Lee Patterson and Samo Kutin have any common ground, it’s the way they generate sounds from somewhat unexpected sources, exhibiting uncanny skill in wringing a noise out of odd objects (and musical instruments, for that matter).

UK player Patterson from Manchester has been developing his craft for many years now, sometimes appearing in an improvisational context, often showing up on the Another Timbre label, but he’s open to any gig with like-minded mavericks; the Common Objects set with Rhodri Davies and John Butcher was one of many benchmarks. Paul Khimasia Morgan is unstinting in his praise of this highly original man, who seems able to make any household object sing like a canary if the circumstances are right. On this record, he’s credited with “amplified devices” and “chemical and mechanical synthesis”, a wonderful phrase that hints at the alchemical theme which I think is supposed to be a subtext of this weird moaner.

As to Samo Kutin, presumably from Slovenia, impressed us on his 2020 record for Zavod Sploh (with Martin Kuchen), which gave us a chance to hear what he does with his modified hurdy-gurdy and other home-made instruments. Said hurdy-gurdy appears on this record along with more objects and “acoustic resonators” which do much to extend and deepen his unusual actions and gestures. Six tracks resulted from their April 2019 studio sessions, and at one level they can be heard as a sound-documentary or radio play depicting two wizards at work stirring the pot, or alchemists performing their secret experiments in the forge; the titles do much to contribute to this impression too, and David Toop’s sleeve note furthers the conceit. Unlike the GRIFF record also very recently released by this label, Patterson and Kutin don’t seem to have any malevolent intent or a plan to menace the world with their concoctions, and indeed at many levels the results emanating from this clandestine location may turn out to be quite beneficial for mankind. I think the “Universal” contained in the title is one clue to how both these musicians strive to find something as all-encompassing as the supposed “Universal Solvent” or “Prima Materia” which the Alchemists sought; impressively, this is the first time this duo played together, yet they found a lot of common ground in this quest.

The hype sticker on the front tells us it’s the debut collaborative album, going on to inform us “and heeey, it’s crazy!”. Hmph. Well, I do understand the spirit in which it’s meant, but this kind of party-animal exhortation with its implied loopy grin feels utterly inappropriate to the music hereon. That minor gripe aside, an essential release. Released on a sub-label of Inexhaustible Editions. From 28th April 2021.