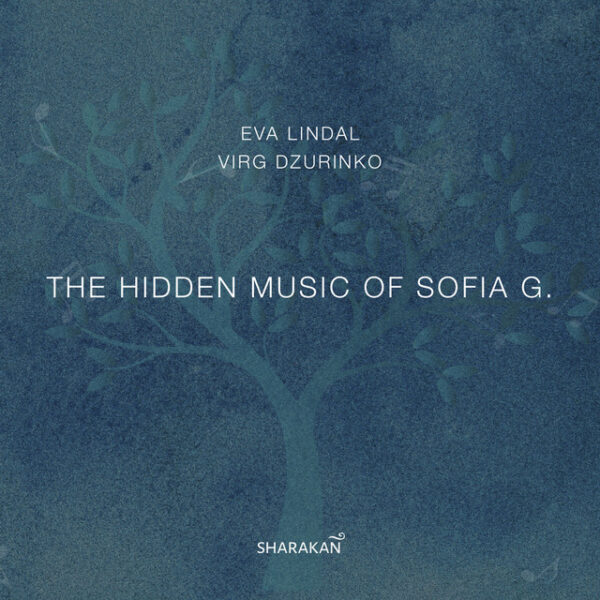 Last heard from violinist Eva Lindal of Stockholm when she appeared with her sister Anna Lindal on the Bäver album from the Disorder label in June 2020. As you recall Eva is a member of the Swedish Radio Symphony Orchestra but also finds time for unusual off-track projects such as today’s item, The Hidden Music of Sofia G. (SHARAKAN 001), made with the pianist Virg Dzurinko, with whom she’s been collaborating since the late 1990s.

The CD is a showcase for the hitherto unknown and unheard music of an obscure Armenian composer, Sofia Ganeshian; the story of it is that in 2012 Eva Lindal discovered a couple of hand-written music scores, pretty much by accident, hidden away inside an antique violin case. The scores (dated 1935) caught her eye instantly, because of the way that non-standard notation had been inserted in among the conventional bars and staves. Since there was also a name tag that identified Sofia Ganeshian, Eva and Virg were able to begin the work of tracing down this woman and piecing her story together, starting with a return trip to the antique shop where she first found the violin case. Amazingly, they uncovered more manuscripts and notebooks of this unknown composer, and over several years they were able to reconstruct a fragmentary life story from a few surviving details, and admit that their research is “far from complete”. At some point they even found a 1928 photograph, which is reproduced here in the booklet. The CD thus represents the first-ever recording of this music, and it’s a testament to the diligence and persistence of Eva Lindal and Virg Dzurinko that they not only conducted such meticulous research, they also realised beautiful and fascinating music from the task.

The story of Sofia Ganeshian contains many elements of interest to us – for one thing, a woman composer is rare enough in the world of classical music, but especially so in the 1930s. Then there’s the unusual notation; it seems she studied in Milan, but her continuing musical education may have been a bit sporadic, and for whatever reason she developed her own language of “eccentric symbols”, which appear on the surviving pages of music manuscript. Broadly, these lines, curves, and squares are taken as indicators of instruction for improvisation, such that conventional music notation is cross-spliced with encoded ideas about extemporising; it’s this which has led our contemporary musicians to praise her “radical” approach. There’s also the unsettled life of Sofia Ganeshian, her extensive travels, not least due to the upheavals in her home country caused by the First World War. Eva and Virg draw the conclusion that Sofia Ganeshian didn’t really have much to do with the “larger musical world”, and tend to regard her as something of an Outsider Artist, composing for art’s sake, and existing on the margins of culture, with almost zero audience and unrecognised as an avant-garde composer.

The duo recorded the album in Stockholm in 2019; they have certainly found plenty of space in the scores to interpolate their very 21st-century mannerisms and movements, especially Eva Lindal, who evidently takes the coded symbols as a cue for some very daring gestures on her violin, including the production of odd non-musical and noise-generating moments. Virg’s jazz / improv background also surfaces, in her intuitive and sensitive delivery of certain chord sequences. The music of Sofia Ganeshian is thus given a chance to shine – full of melancholic leanings, very odd dissonances, and yet still expressed in certain romantic and harmonic modes which I assume still existed at this early period of modernism (i.e. before the iron fist of Boulez arrived to crush the life out of everything). A very worthwhile task, years of research and a sympathetic musical rendition; what more could an obscure forgotten artist wish for? We look forward to hearing further chapters in this unusual story. From 5th May 2021. 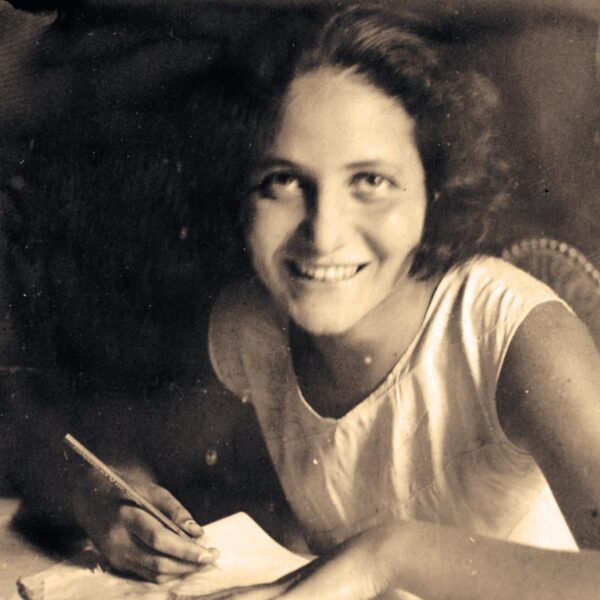