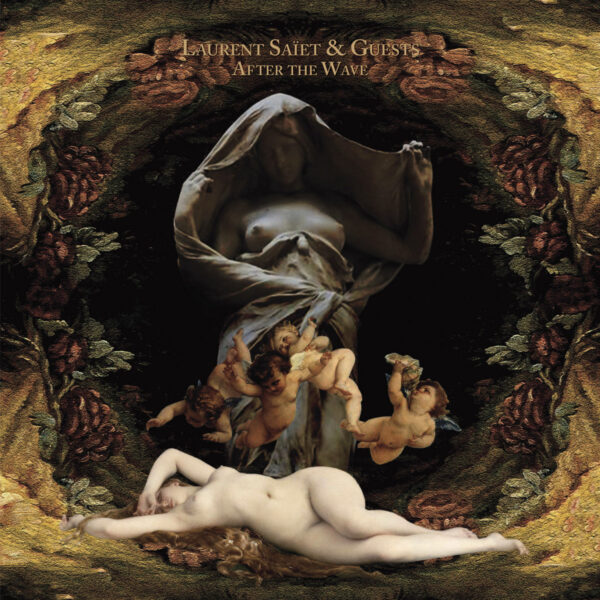 Another day, another lockdown record…inevitably we have been receiving and hearing a number of releases which since March 2020 which take the world-wide pandemic itself as its source material, or explain in detail how the musicians who made it have suffered during the lockdown period. Or, perhaps a little more positively, how they used the time productively, e.g. to learn scales or improve their playing on the banjo.

Today’s item After The Wave (trAce 056) is about the pandemic, but it’s pretty inspiring actually, and proposes a very florid and fanciful apocalyptic “hell on earth” scenario through its songs and instrumentals, and also through its cover artworks (about which more shortly). Laurent Saïet is a French musician who I never heard before, but he made a number of solo records for this label trAce since 1995; After The Wave bucks the trend to some degree, since although he plays most of it himself, there are a few guest spots from singers and players, including Quentin Rollet, the hard-working sax and synth man who also finds time to run three record labels in between puffing his brass. His additions to After The Wave bring much-needed sweet tones and melodies to what is otherwise a rather intense and turbulent listen, but even so Rollet is used sparingly, like a secret weapon. Synth player and guitarist Thierry Müller strums on one track, Paul Percheron drums everywhere, Ben Ritter sings and plays clarinet, and there’s also the famed Edward Ka-Spel who wrote two new songs ‘Bypass’ and ‘From The Rocks’ – which certainly advance the album’s theme, and his pallid voice fits in well with the album’s despondent mood. One of these Ka-Spel songs captures the alienation and strangeness of the pandemic in society with the poignant line “a weightless walk through people pointing with disgust”, expressing something about the unreal feeling of returning to so-called society after months of self-isolation.

For the rest, I’m coming away with a nice feeling of angst and agitation from the dark melodies and taut rhythms of Laurent Saïet – thankfully, this After The Wave album turns out not to be a swampload of droney sound art or doomy bleak-scapes, but instead resembles a form of discordant post-rock propelled by conventional but spirited beats, and a zone where every guitar solo and synth glissando is fed through the distorting mirror of 15 glorpoid effects pedals. Might be that your man Saïet would pass muster as a slightly more approachable version of Franck Vigroux, fellow French genius who also favoured distortion and noise, and likewise took a sour view of contemporary society. Both, I would guess, have the complete works of Richard Pinhas lurking in their record collections. 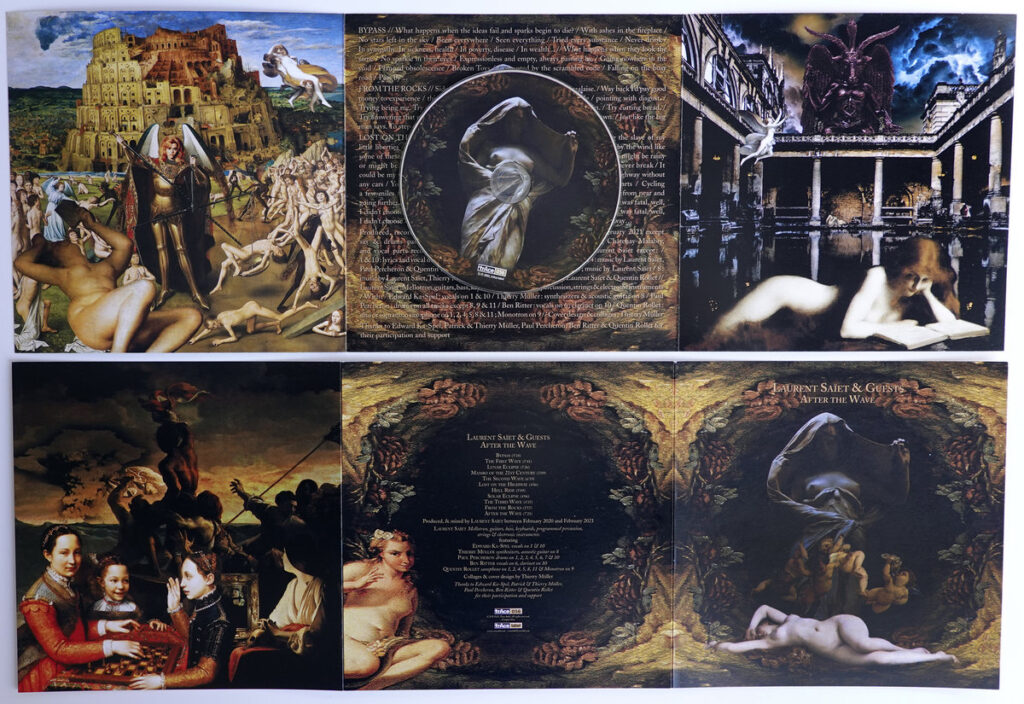 Thierry Müller (veteran all-rounder who also played in bands Arcane, Breaking Point, Crash, and NLTM – not to mention the experimental rock band Ilitch in the 1970s and 1980s) not only plays on the melancholic ‘Solar Eclipse’, he also did the cover collages, which decorate six panels of the outsize card folder which houses this CD. These grotesque collages use historic Old Master paintings (some of them housed in the Louvre) and combine elements from them to depict various far-out scenes from a society that’s going mad on a grand scale; the most alarming image here shows an updated Last Judgement scene taking place before the decaying Tower of Babel, lots of frantic resurrected bodies running about presided over by an Archangel with the head of Jane Fonda’s Barbarella. Elsewhere, a terrifying Beelzebub hovers over the occluded perspective of a Roman temple, with additional menacing clouds hanging behind the scene.

Combined with these memorable pictures, we have a strong album of very dramatic tunes and songs performed with conviction and style, thus transcending the apocalyptic themes – or at any rate, offering us some form of catharsis, somehow making the virus situation a shade more tolerable. From 17 May 2021.