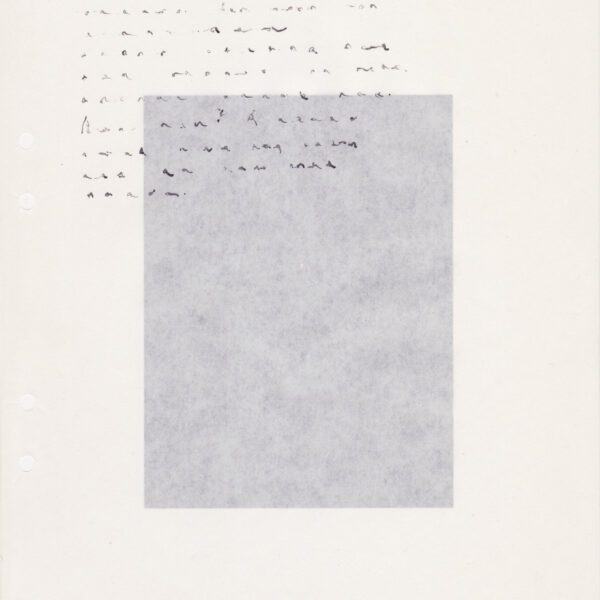 All of the above was rustled up in studios in Hagalund and Brooklyn over a two-year period, underpinned with the bass guitar of Forsgren and primitive clops from his drum machine, glued together by the Fender Rhodes piano of Larsson, and decorated with melodic saxophone toots on one track (the tuneful but uncharacteristic ‘Solution’) from David Lackner, who also happens to run a label for outsider-pop music in New York. What ended up on the tape is an unpredictable and perplexing array, where not only are the sounds somewhat bizarre, but the musical language and logic underpinning the performances is strange and hard to decipher. Most of this noise seems genre-free to my ears, but both players apparently thought they were remaking In A Silent Way, and indeed in their spiel they indicate that some of their musical inspiration comes from the fusion albums of Miles Davis.

To further indicate the unusual nature of this collaboration, let me point out that while Larsson is a jazz percussionist who knows about free improvisation (presumably) in that context, our man Forsgren comes to this from a punk rock / alt.rock background, and has played bass for Swedish bands such as Troutman Waters, Tonband, and The Scrags. While I was interested to learn about it, I kept hoping this denominational and ideological difference between the duo might result in more tension and passion on the record – not that I was expecting a punch-up in the studio, but perhaps a little more grit and dynamism to the work. Instead, they seem to have settled for unfolding their quirky exploits in a relaxed atmosphere of mutual respect, shuffling about from one corner of the cluttered garden shed to the other.

They took their name from a shared moment of happy accident, when they happened to hear a humming sound from a vending machine in a hospital, and because the dusk light was just right at that moment and they were in the perfect mood, they took its impersonal buzzing as a form of music, and listened in a trance for hours to its steady drone. Duly inspired, “vending machine” became the name of their joint project. From 17 May 2021.

Update: edited 05/02/2022 to remove incorrect information about Screaming Jade and Tower of Stone.