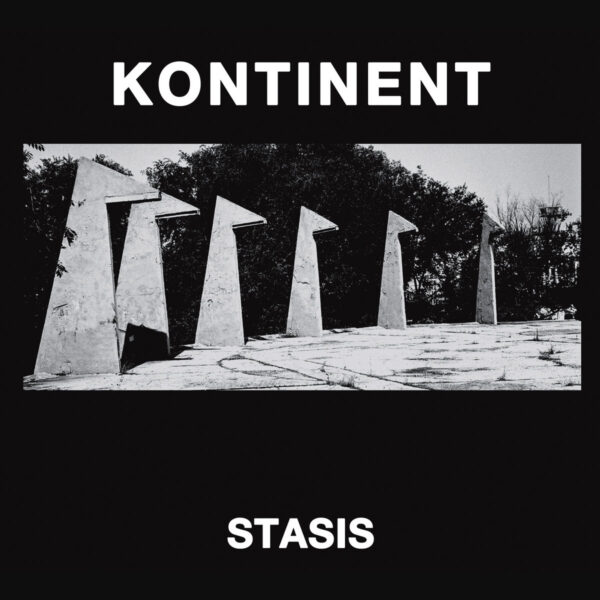 Once in a while I’ll delve back into some good ol’ power electronics and noise to shock the old brain cells and this CD reissue from the Zoharum label did a creditable job getting them all shook up. “Stasis” is a grim, grey industrial / light noise work with harsh crumbly or frying-egg textures, sprays of seething fizzy noise and distorted shouty vocals filled with anger and frustration. While this is a brutal and hard-hitting recording, at times the music has quite a light touch and doesn’t pound your head in with industrial foundry metal beats or rhythms. The album’s themes though are nowhere near as light, revolving around the loss of individual identity in societies where pressure on people to conform is strong and individuals end up becoming part of a mass capable of committing mass murder and genocide.

All eight tracks on the album are not long, usually averaging around four to five minutes in length, and they are actually well structured with each song having its own distinct identity. The clear production allows every sound to be heard in all its sharp-edged pointillist fuzz. “Inner War” opens the album with a long droning sneer that develops into a churning grey industrial tapestry of distorted vocal harangue and streams of crumbly fuzz noise. More drones, stark and painful to hear, follow in “Rope over an Abyss” with more speeches and rattling or chainsaw effects not far behind. Most terrifying in mood and range of eerie noises and acid wash on the entire album might well be “Breeding”, which is really saying something when you consider the competition that song has here.

“Theft of Fire” is quite a shapely rolling ball of crackling noise, creating and stoking tension and momentum behind barked vocals. Shrill whistles occasionally release some of the tension but the track gives every impression of being a deranged machine entity that threatens to fall apart as it gets bigger. Closing track “The Wandering Soul” is a creepy piece of high-pitched eardrum-piercing noise that transforms into a non-stop ghost train rhythm over which disembodied voices argue and dispute with one another. A death-like being, howling in the noise, flies through the track like an Angel of Death searching for victims.

“Stasis” was first released in vinyl and cassette formats by Unrest Productions back in 2017 and Zoharum’s reissue of the album is the first time it has been released as a CD in limited edition. The fellow who ran the Kontinent project retired it in 2019 but still performs with Polish power electronics act Kevlar.