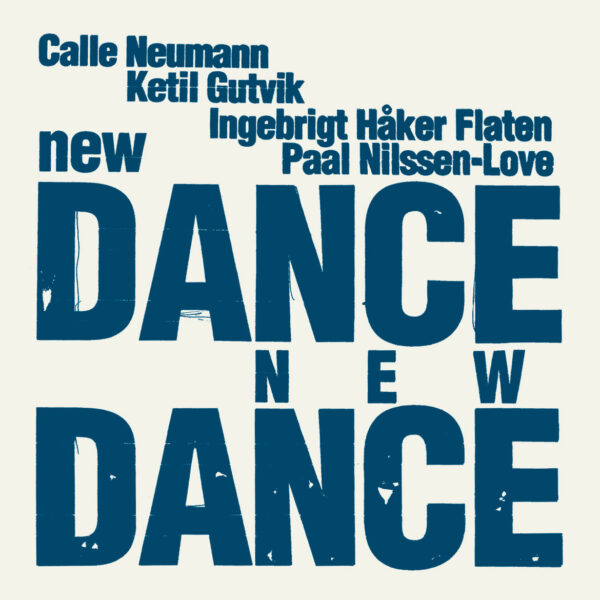 The story of N.G.H.F. & N.L. (even awkward when abbreviated!) is really shaped by their predecessor. Step forward Norwegian free jazz legends: The Quintet, who puzzlingly, only ever put out one release during their time together and that was a live recording captured at the “Vossajazz Festival”, entitled Quintet, March 28th 1999. An all too brief entry in the annals of Scandinavian jazz history was more than substantially plugged by the appearance of Events 98/99, a mammoth five c.d. pile-up disgorged by PNL in 2019. For its launch party/shindig, ex Quintet member Calle Neumann (alto sax) again teamed up with guitarist Ketil Gutvik and drummer/percussionist Paal Nilssen-Love. The missing parties being bassist Bjornar Andresen, who sadly died some time back, and Eivind Opsvik who moved to New York. Things went so well with the reunion, it was decided that a mere one-off gig just had to be enlarged on. With the inclusion of Ingebrigt Håker Flaten (the sole replacement bassist), the Quartet were up and running for another bite of the Fårikål or maybe some other Norwegian delicacy.

Again, this is a live recording, this time coming from the “Victoria Nasjonal Jazzscene”, Oslo on the 9th July 2020. A brave approach, all things considered, as the spotlight is even more intense on occasions such as these, with precious little option for post-production tippexing/mouse-driven deception. Not that a group of this intensity would embrace such fakery. Major plaudits then, go to Louise Lavolli’s live sound/recording chops and Lasse Marhaug’s mastering and final mixing prowess, which can put you right there on that red velour seat, #4, row ‘A’. And let’s not forget Lasse’s excellent packing crate graphics (see also PNL’s Arashi release of 2019), which tell you straight from the onset that a dynamic, clenched fist of a gig, is definitely on the cards.

Everything centres on the marathon title track (timed at over thirty minutes), in which Ketil’s neurotic guitar frottage, perhaps reminiscent of mid-period Sonny Sharrock (?), comes as a vast improvement on its predecessor “Å så et Frø”, where his rather monochrome acoustic thrum somehow fails to ignite and spur the others on to new heights of expression. All this high-end fret skree ‘n’blare tones down on the following “Det er Kjærlighet” where a few crime jazz motifs pin the goatee on Sam Spade. The curtain closer “Dett var Dett” meanwhile, can be thought as a slightly more diminutive version of the title cut, with the mega-lunged Carl Magnus blowing up an alto-storm, while drum legend Paal Nilssen-Love drums and percusses as if his very life depended on it. And yes… double checking those credits, it really is just the one drummer. Gulp.

How many times have we seen our dreams crash and burn when, after a decade or two missing in action, a group or artist fails miserably to deliver on past glories. Off the top of my head – and irrespective of genres – I can only think of Scott Walker, Comus, and Renaldo & The Loaf as completely bucking this trend. And now, one can add a fourth, as this unwieldly-titled four-piece are as lean and as mean as they ever were. Highly recommended!!