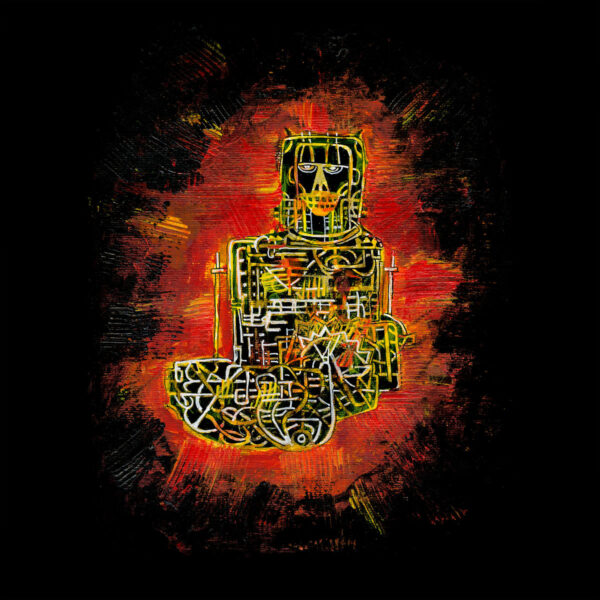 Like Jules Verne’s Professor Lidenbrock, Rick Wakeman and Admiral Byrd before him, Norwegian multi-instrumentalist/composer Ola Kvernberg (see also collabs with Joshua Redman a.o.), shares a fascination with all things subterranean. Hypogean being the follow-up to his Steamdome debut, a 2017 release where the album’s particular brand of jazzish fusion received rave reviews, significant sales action and sold-out concerts the length and breadth of surface-dwelling Norway.

With regards to Ola’s tunnelling caper (no small undertaking…) one might expect the Steamdome exercise to detail a series of jackhammer rhythms, declamatory vocalese and a dash of stainless-steel gamelan that harks back to the early iron age pummel of Test Dept., S.P.K. and early Neubaten. But instead, the album emerges as a subtle refinement of the large unit jazz-rock vehicle that graced the previous disc – albeit with the added attraction of a brace of Morricone/Bruno Nicolai-edged dramatic trade-offs. On this occasion, to keep things fresh and challenging for band/audience alike, various members of this octet and indeed the bandleader himself, occasionally opt for a change in instrumentation in which four strings are exchanged for six, violins are swapped for synth bass and Hammond organs are temporarily stood down in favour of a customized electronics set-up. That Morricone namedrop makes its presence felt very early on with the opener “Arpy”; the warm glow of a repetitive and delicate church organ motif seems to lull the listener into dreamland before a frantic drum machine/sequencer figure takes the piece into a more contempo/’urban’ framework. The mentions of Squarepusher and Luke Vibert in the promo blurb were clearly no red herrings, but those refs to Mahler and Billy Eilish have got me beat. As before, the cream of the Norwegian left field has answered the wants ads. In amongst a further trail of repetitive themes, “Get Down”‘s classic seventies moog squelch is neatly offset by the busy percussive chatter of Olaf Olsen (see also Big Bang/Fra Det Onde) and Erik Nylander (Monosuez, Liarbird). “Carbonado” carves out a poignant lyrical groove with Ola’s viola to the fore, while for contrast, the curiously named “Devil Worm” comprises a relentless drum tattoo, clipped funk bass and prominent jabbing keyboard flurries, which become more agitated as the piece progresses. An unusual set of juxtapositions that somehow hit the spot.

Some angsty chording or a stray plume of feedback wouldn’t’ve gone amiss on occasion but no matter, for those with a yen for euro-cinematics from a fusionary standpoint – the earth will still move for you. (Also available in c.d. format).