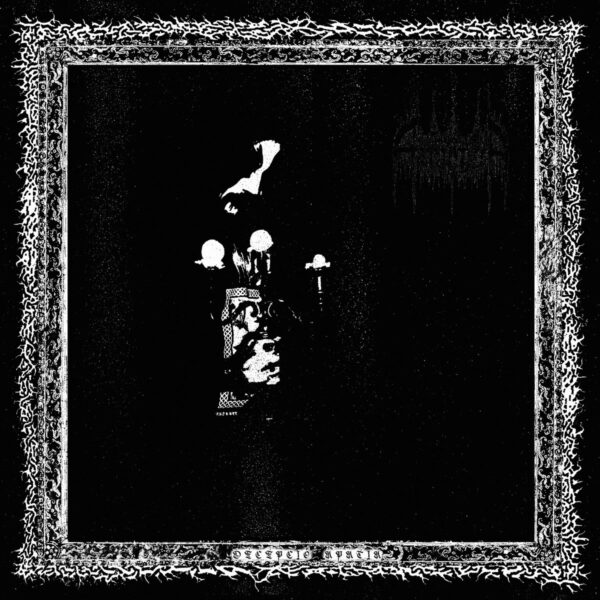 Since he started Amargor in 2020, all-rounder musician Manel Woodcutter has been busy releasing music and “Decepció. Apatia.” (in English from Catalan, “Disappointment. Apathy”) is Amargor’s twelfth recording already! Admittedly most previous Amargor releases have been short EPs or tapes and “Decepció. Apatia.” is Amargor’s second full-length effort. As with the first album “Fins a reeixir dins la claror de l´amargor”, the second album is a depressive BM work with raw primitivist aesthetics, drone elements and an experimental and noisy edge. The addition of keyboards brings a mysterious Gothic dungeon synth influence into the music and the atmosphere throughout the album is blackly thick and murky.

The doomy guitars with a crumbly edge, tearing into and slashing through the riffs with sheer relish, and the heavy-hitting percussion are the major instruments in this intensely moody, noisy sonic world. The harsh, plaintive vocals are almost an afterthought, being placed somewhat at a distance in the music so as not to be crushed by the repetitive guitar drones and thumping drums. Some tracks may feature passages of acoustic guitar melodies and these serve to emphasise the desolation in the music.

Admittedly the first three tracks of the album can be a long hard endurance test in raw noisy doom / BM depression repetition and they actually take up half the album’s playing time. Then unexpectedly with the fourth track, the album picks up speed and aggression and tears through six fairly short songs with desperation, anguish, fury and way-out musical experimentation. One-minute wonders like “El temps, plàcid, veus passar, i suspires” and Estigmes i Necrosi” may feature darkly ambient blues guitar melodies, guitar feedback, throbbing drone effects and an oddly bleached acid-guitar production. Strangest of all though has to be “Timbaler Mort”, a dark folk piece with an odd pairing of harsh ghostly elven voice and clean-toned female vocals over a mix of metallic guitars, folk tunes with brass-dominated orchestration and a sharp shimmering guitar-noise drone. “Llunyania” is an unexpectedly laidback and relaxed song performed with a lute-like instrument … even though its entire ambience is as abyssal and as black as can be. After various meanderings in dark country and folk territory, the album returns to searing raw and aggressive DSBM form with the title track.

The album certainly holds plenty of surprises … just when you think after the halfway mark that it’s going to be a downhill battle through repetitive doom BM filler, “Decepció. Apatia.” takes a detour into very black cavernous soundscapes of twisted folk. This latter part of the album lifts it above being a straightforward old-school melodic DSBM work with some doom and drone elements. “Decepció. Apatia.” might not win Amargor very many new fans and even his regular followers may find this album perplexing, depending on their tastes and expectations and willingness to tolerate Manel Woodcutter’s oddball excursions into weird sonic experiments. Surely Manel W is entitled to have some fun playing with raw DSBM and seeing where stretching it takes him!