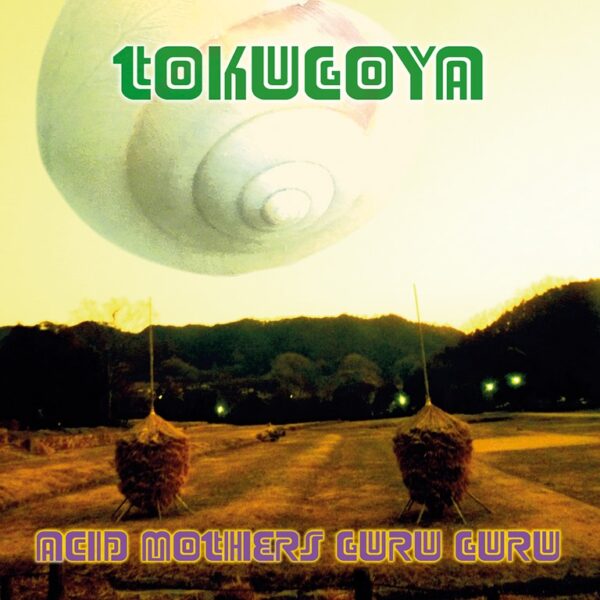 Japanese retro-psych band meets a Krautrock veteran on Tokugoya (BAM BALAM BBCD086)…here be the main man from Acid Mothers Temple Kawabata Makoto with regular bassist (and all-rounder of numerous Japanese psych-rock projects) Tsuyama Atsushi, with the amazing Mani Neumeier from Guru Guru on drums. I’m always the last to know, but this hybrid entity has existed since 2007, debuting with Psychedelic Navigator for Important Records. Calling themselves, natch, Acid Mothers Guru Guru, the trio turn in an energetic set of psych-drenched rock full of tricky stop-start rhythms on these live (2019) recordings, and even manage to pull in cover versions of two Guru Guru “classics” – ‘Electric Junk’ and ‘Next Time See You At The Dalai Lama’. Both of these tracks are used – as they were in their original 1970 and 1971 incarnations – as starting points for excessive and free-wheeling rock improvisations, with special space given to the guitar for extra outer-space excursions propelled by secret rocket fuel. But room is also given to 70-plus powerhouse Mani to rap out his Germanic sci-fi prophecies on ‘Electric Junk’, showing the strength of his bizarre, eccentric visions has not dimmed by one lumen in all this time. This track does sag for a few moments in the middle as the band take time out for a low-key drift-a-moid astral fuzz session full of eerie alien wails, and it takes a while before the energy kicks in again for a sledgehammer finale of crazed guitar noodling and steel-tipped precision beats of the rhythm section. There’s also the schizoid manic-depressive states offered by ‘Dalai Lama’, starting out with its juggernaut seesaw-riff composed of two lethal notes stabbing forth at top speed, before settling into a menacing mood of violent brooding. Nice to note also that Uli Trepte and Ax Genrich are given writing credits, presumably allowing them to collect due royalties on this release.

The other two tracks are credited to the present trio, suggesting they are semi-organised jams – savour the chaotic tumblings of ‘Three Islands’ and enjoy the claustrophobic riffage and poundage of ‘Tokugoya’ which spins around in ever-increasing circles like an acid-trip whirlpool…just think what Finnish rockers Circle would have done with the same material. I confess I stopped listening to Acid Mothers Temple records after a while, mainly since there are so many of them and they began to seem too much like clever pastiches, but this one is as genuine as they come, a powerful unkempt beast of unashamed retro-rock. (21/06/2021) 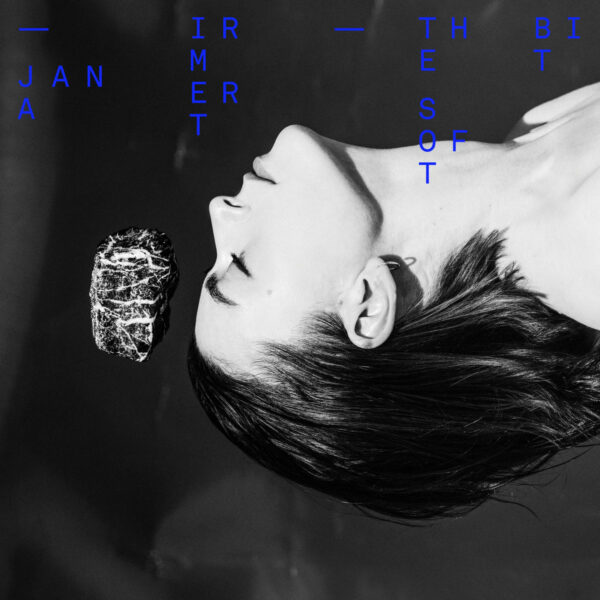 Berlin sound artist Jana Irmert here with The Soft Bit (FABRIQUE RECORDS FAB088), last heard by us with her Flood record which attempted to tell a story and created all its atmospheric effects purely by electronic means, eschewing use of processed field recordings. However, she’s gone back to playing “objects” on this record, alluding to materials such as “metal, water, sand and air” which were the source recordings for these eight audio episodes. She’s aiming to convey something about the surfaces and granularity and physical sensations of these elements, and hoping to create a very immersive experience on The Soft Bit. As she worked through the process, she was bit surprised to find that rocks and metal created “soft” sounds – while air and water produced hard, percussive beats. At this point she stops short of alluding to any sort of metaphysical or alchemical procedure (thankfully), and makes a point of telling us there were no preconceived ideas, structures or storylines determining the ultimate form and direction of the record, suggesting she was guided by more intuitive and instinctive methods. Good surfaces and textures, each track tending to blend two or more layers together to produce a certain light tension, occasionally allowing minimal melodies on piano or keyboard to emerge from the nebulous clouds. (21/06/2021)