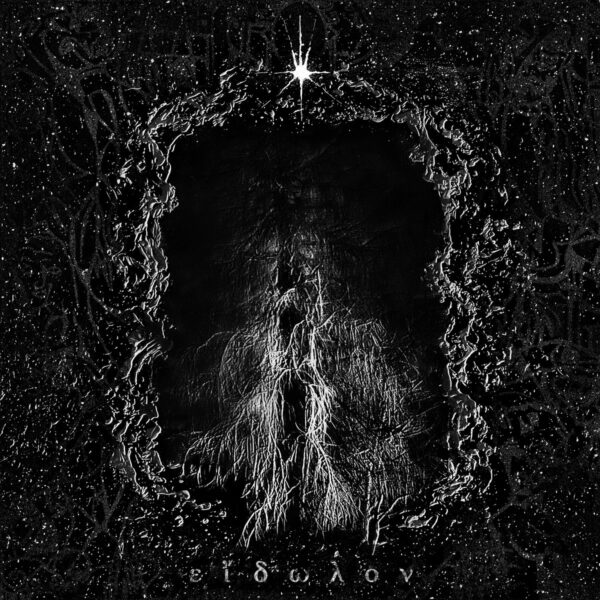 Hailing from Oporto in Portugal, the duo Benthik Zone purvey a very intriguing style of atmospheric black metal on “Eidolon”, their third album and seventh release in six years, that reflects the band’s philosophy exploring the nature of forms – and with that exploration, delving into and celebrating the mysteries of metamorphosis and hybridism / fusion. What physical transformation involves and perhaps bestows upon a soul, and the consequences of that transformation and what it brings to the soul and the physical bodies it inhabits, provide inspiration to the musicians as they try to bridge myths of the past (in particular, Ancient Greek myths of figures like Narcissus and Actaeon who were punished by being transformed into a flower or a deer respectively) and contemporary ideas and memes about transformation and the nature of forms, perhaps demonstrated by phenomena like virtual reality, cosplay and notions (encouraged by Hollywood among other things) that we can be whoever we desire or dream to be, and that we can reinvent ourselves or rewrite the narratives of our lives endlessly if we wish.

With this in mind, it should be no surprise to listeners that from their atmospheric BM base, the Benthik Zone musicians range across a variety of music genres from dark ambient to noise and power electronics. In the space of first track “atravesso o portal mitico” the music dives, often very abruptly and jarringly, across industrial metal rhythms and nature-based field recordings before segueing gently through acoustic melody into darkly depressive atmospheric BM with screaming vocals and an alien ambience redolent with heavy humidity and musty wet smells on the second track. Subsequent songs are no less varied in the genres that build on BZ’s raging music and militant rhythms which tend to recede into the background and to structure the sounds and distinctive ambience. Indeed the black metal foundation tends to serve more as support for the noise, ambient and experimental sounds that initially dominate most songs until halfway when the hornet-like tremolo guitar storms finally break through. The major exception is middle track “na illuminaçao do presente” which displays BZ’s core BM aggression in full burning glory.

Later tracks can have a rollicking acoustic folk bent or rhythms and droning textures borrowed from noise, power electronics and epic progressive / symphonic rock. As in earlier tracks the music is very intense and focused, and the vocals are single-minded to the point of being obsessive and demented. For all that, though the music does build up inexorably to a climax, and the tension becomes more oppressive, when that point is reached, everything tends to just dissipate and disappear into a formless void. I suppose that in itself is the whole point of a recording like “Eidolon” – the title means “Form” in Ancient Greek – that after taking on a form, the ultimate transformation (death) leads back into a formless void, and so the process begins again, culminating in a final cycle of birth in which a soul finally completes its work on the material plane and returns to its beginnings. It does mean though that there’s a strong tendency for tracks to sound rather like extended ambient introductions, with not much further development in composition and structure, and to tail off in ambient rumble or to stop abruptly as if not knowing how to end.

While the album as a whole is a beautiful and immersive work of dark art combining delicacy and sharp and menacing aggression, it does feel incomplete: it sets up a particular sonic universe, alien and deeply unsettling, chaotic and unstable, but not much is achieved within.