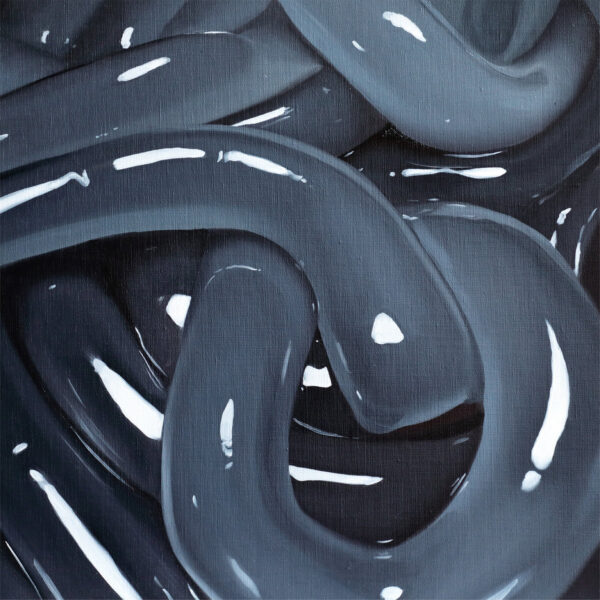 Into their 30th year together as Boris, Atsuo, Takeshi and Wata show no sign of stopping or going stale, even though they have wandered far and wide from their original drone-doom-sludge metal beginnings and back: on their 27th studio album, “W”, the trio still demonstrate they can do heavy droning doom sludge like no-one else can while they also cruise through delicate whisper pop, shoegaze, dark ambient and post-rock without batting an eyelid. Boris recorded “W” as the companion piece to previous album “NO” which they recorded and released themselves back in 2020 as their response to the COVID-19 pandemic lockdowns and restrictions. That album was a hard rock / punk / thrash affair: “W” however presents as an immersive work of deep impenetrable soundscapes and atmospheres based in an astonishing range of music genres from dreamy ambient pop to blues psychedelia to mighty pounding doom – often in the same song – with Wata leading the way through her soft crooning vocals and the six-stringed weapon that she has always wielded nonchalantly.

You know you are in for a treat with opening track “I Want to Go to the Side where You can Touch …”, a gorgeously lush work of romantic love pop lyrics and heavenly ambient drone that transforms into near-screaming guitar feedback noise and howling echo in the space of just over five minutes. “Icelina” follows in innocent ambient drone sugar-pop lullaby style though there are plenty of indications of the music falling through little wormholes leading into darker shadow territory where menace may reign. Both songs have the feel of being extracts of major-league sound art installation works that go on and on forever. From this moment on, Boris go through improbable combinations of dark ambient drone sound art, more dream pop, electronics effects, breathy vocals and off-kilter rhythms in “Drowning by Numbers”, “Invitation” and “Beyond Good and Evil”. In amongst those songs, Boris sneak in the experimental doom metal style that first made them famous on middle track “Fallen”, even if it sounds like just a snippet of a much mightier doom / electronics fusion monster. Come to think of it, all the songs on this album seem very much like entrees into much larger and more substantial works of sound art – such is the level of precision, detail and craft the musicians have produced here.

Boris possibly save their best for the longest track “You Will Know (Ohayo version)” which itself is a melange of bits and pieces from different sound universes existing in parallel: hazy heavenly shoegaze pop, droning cosmic-space ambience, distorted low-end voices (?) and Wata holding court while the music (increasingly shrill) and noise effects revolve around her in a dynamic universe that at times appears to darken yet remains serene and radiant. The album tails out in a very different cosmos of swirling guitar feedback noise.

Improbably, given that the genres presented on “W” are so strong in their contrasts (in mood, texture and above all volume) against one another, all songs actually work well together and nothing seems out of place, not even the drop of booming monster doom at the beginning of “You Will Know …” in amongst the lush girly romanticism of the surrounding music. Perhaps it’s the way Boris understand the core elements of the various genres they work in, and how the musicians have arranged the songs in the order they come on the album; throwing chunks of stentorian doom metal drone into what otherwise would be wall-to-wall psychedelic dream pop helps keep any cheese miasma at bay while also making the doom stand out as never before, even if briefly. On the majority of tracks the ambient pop textures appear to go very deep and Wata’s soft vocals are icing sugar on the top. Few songs are the same in their hybrid mixes and the result is a varied yet unified recording.

Throughout this album the mood is calm and soothing even in moments when it seem everything is about to go dark or shadows loom on the far horizons. At times the music is absolutely thunderous and massive, and there are also moments when it is fragile to the point of softly breaking apart. That Boris can wield all this together in a recording that works smoothly is an art in itself.