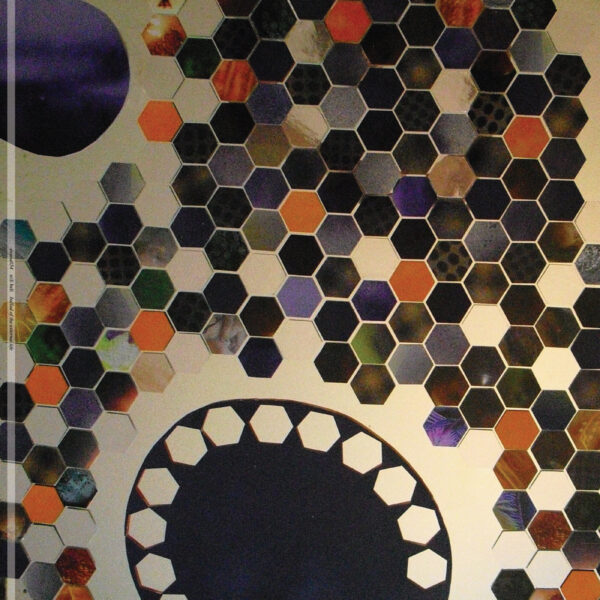 First heard from Rrill Bell in 2019 with his cassette release Vagabond Laws. Jim Campbell was American-born but has lived in Germany for a good long while and is evidently steeped in European culture in a way that enables him to splice musique concrète (that most European of musical art forms) with elements inherited from his Nebraska homeland – a child of the so-called “Rust Belt”, one sometimes has the impression he tinkers with his beloved analogue devices in the same way a proud farmer applies spanners to the engine of a John Deere tractor.

European romanticism has also fed into today’s record Ballad Of The External Life (NO LABEL) , derived in part from a poem written by Hugo von Hofmannsthal, the Austrian poet, librettist, and adaptor of operas. More specifically, one particular line of verse written by von H seems to have pierced our man Rrill Bell in his adolescent heart, and he claims he has spent decades of his life dreaming about making the perfect piece of music to accompany this line. Ballad Of The External Life appears to be that record, and though there’s not a line of spoken word anywhere on the release, the two track titles clearly point to the source of inspiration. Rrill Bell continues to produce something which could be broadly characterised as “tape music”, but he does it in a very hands-on fashion, using spontaneity and chance elements, executing in-the-moment decisions in a way that make it plausible to liken him to a free jazz player, an improviser of tape. Added to the charm is the old-school equipment set, which includes a reel-to-reel tape recorder, cassette tapes, and old dictaphone tapes, to hold his collections of field recordings, found sounds, and other collageable fragments.

Surrounded by these end-of-life pieces of gear and a rich array of recorded sources, Jim Campbell selects and performs in a free associative manner, assembling dream-like narratives and impossible places much like a magical-realist writer or poet. I mean that he’s not so much concerned with formal tape experiments, or even the production or unusual sound, as he is in telling his own personal stories. All of this is enhanced to a great degree by his very organic “recycling” process, whereby fragments and moments from earlier tape projects can be recontextualised, re-recorded, and continually re-purposed in the day’s work. Using the term “composting” to describe this, he speaks of “a continuous re-embedding of times and spaces within other times and spaces, until the combined layers form a sort of existential chorus.” With its unexpected dynamics, its balmy air of day-dreaming, its lo-fi surrealism, its evocative distances, and continual invention, this LP is proving a more enjoyable listen on many levels than the rather meandery Vagabond Laws, and I expect to revisit these languid sun-drenched vistas and fleeting impressionistic audio sketches again very soon.

Pressed in clear vinyl and decorated with a suitable “honeycomb” cover. From 19th July 2021.