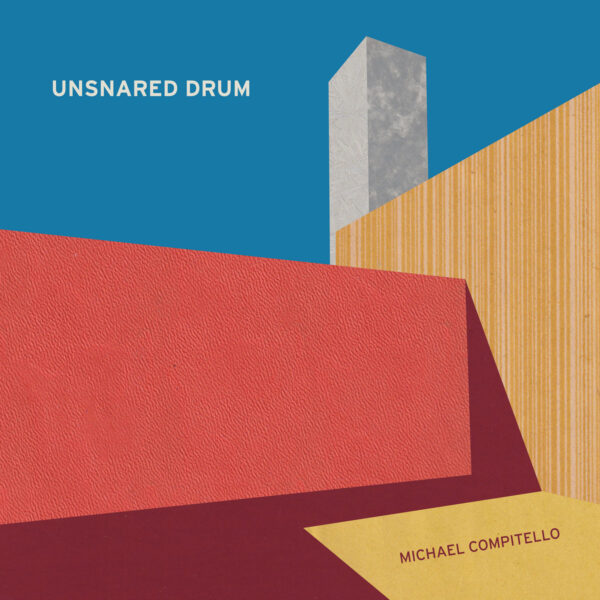 Michael Compitello has produced a solo record of pieces for the snare drum called Unsnared Drum (NEW FOCUS RECORDINGS FCR310), and for it he commissioned four contemporary American composers to devise new pieces for this particular instrument.

To his credit, this wasn’t a careless project by any means – he selected his collaborators with care, and worked with them over a period of four years. Moreover, he sent them a snare drum to experiment with, along with a collection of sticks, brushes, and other striking implements. The brief, if indeed there was one, was for them to “investigate the instrument from the ground up”, suggesting strongly that a fundamental re-assessment of the snare drum was indicated, and the very nature of percussion itself was at stake – or at least, it was the potential target of a radical muscial rethink. It so happens all four composers are women, although this healthy gender balance wasn’t an explicit part of the plan, and at least two of them have managed to smuggle a subversive message into their music, something about challenging assumptions.

Of the four, my favourite is the opening ‘Heart.throb’ by Nina C. Young, and I probably favour it because of the daring use of electronics. Plus it’s a confident performance with many loud and dramatic moments, and the electronic aspect has resulted in some pretty good transformations of a normal drum sound. Her stroke of genius is to apply a transducer to the head of the drum, which had the effect of making the snare into a speaker; we don’t exactly get wild and crazy feedback from this set-up, but what we do get is the “pressure” and vibrations of the drum transformed into electrical signals by the transducer. In her notes to this piece, Young speaks of “a secret love story of warm resonance cradled by tension-coupled heads”; she almost suggests that the performer is nurturing the drumbeat like a mother would nurse a baby, hence the simple “heartbeat” metaphor. Good stuff.

Hannah Lash’s ‘Start’ is much more formal, somewhat more stiff, seemingly an exercise requiring the player to repeat complex patterns, trying different sticks and brushes; it’s set as a kind of challenge. Compitello rises to the task, but this one feels just a shade too “descriptive” to me, a composition simply describing itself, or describing the action of drumming. You can sense the trend here – the composers are parsing apart the different aspects of snare drum (as a construction of wood, metal and membrane) and likewise analysing ways of playing it, to focus on one constituent part at a time. Further such parsing is evident on ‘Ghost In The Machine’, where Amy Beth Kirsten proposes lots of different and diverse objects used to strike the drum…again a bit too diagrammatic for me, but at least this piece is informed by some kind of “oppositional” agenda, attempting to subvert our expectations of the snare and its use in a “military” context. I suppose ‘Start’ is trying to do much the same for marching bands generally. If I’m correct in detecting this strain, it’s a potentially powerful feminist statement opposing the American war machine and its (arguable) perpetuation on the sports grounds of every high school that has a marching band, but perhaps I’m reading too much into it. Compitello’s playing on ‘Ghost…’ isn’t very exciting. His metal-scraping and cutlery use is very tame compared to that of Prévost or Cutler. In Kirsten’s favour though, I do like the huge yawning gaps in this composition, which at moments seem to leave us staring into a void.

As to ‘Negative Magic’ by Tonia Ko, this one focuses on tuning, based on the far-out idea of loosening the tight skin on the snare to an unfeasible extent and seeing what happens. It’s a bit like blowing up a balloon, only in reverse. Once again the dominant method is a materialistic approach, a lot of weight placed on process…and not enough attention to compositional ideas. We’re promised “hidden melody, harmony and resonance” on ‘Negative Magic’, but neither the piece nor the performer is able to reveal these hidden elements sufficiently. Michael Compitello also appears as one half of the duo New Morse Code, and they have made one album for this label. This from 9th August 2021.