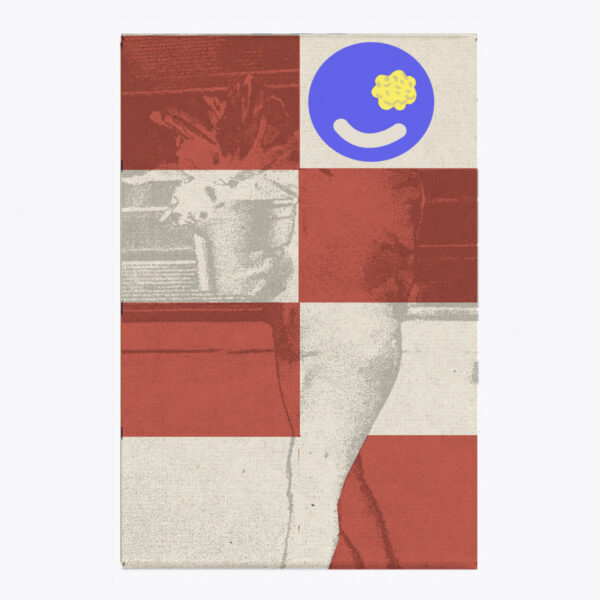 New trio here on a cassette Dinner Music (VETO-EXCHANGE 018) from the Swiss label Veto Records…Christoph Erb on tenor and soprano plays alongside Magda Mayas on piano and American drummer Gerry Hemingway, who is also credited with playing “objects”. The trio hasn’t been active long and, who knows, this 2020 recording made in Zurich might be their debut performance, but already they wail together plaintively as if born together in the same owl sanctuary and joined at the hip like sisters. We have head from Lebanese player Mayas before, often when duetting with Christine Abdelnour, but it’s nice to hear her in this particular free improvisation set-up where there’s a little more of something to push against. To accompany Erb’s unearthly howls and grunting toots, Mayas offers a stream of small notes dabbed with the precision and care of a pointillism painter, and I think she also applies a dampening effect on the strings for extra exotic percussive effects. She also happens to be supplying a lot of melodic elements, fractured and non-linear though they may be, and the trio make an engaging and entertaining carnival of musical blotch as veer their way intuitively through the evening.

Dynamics, depth, and plenty emotions…can be warm and welcoming when they get agitated, but the keynote is mostly rather lonely and melancholic. I like the long track ‘A feast of a decision’, where there’s plenty of productive and lively cross-talk, but they seem to lose their way and start drifting apart on ‘An agreement of palates’, which can be somewhat disconcerting unless you enjoy awkward silences. The label appears to have opted for cassette format as a tribute to Lodewijk Frederik Ottens, the Dutch engineer who invented this format and died in 2021. Handsome screenprinted cover by Sonnenzimmer. (20/09/2021)