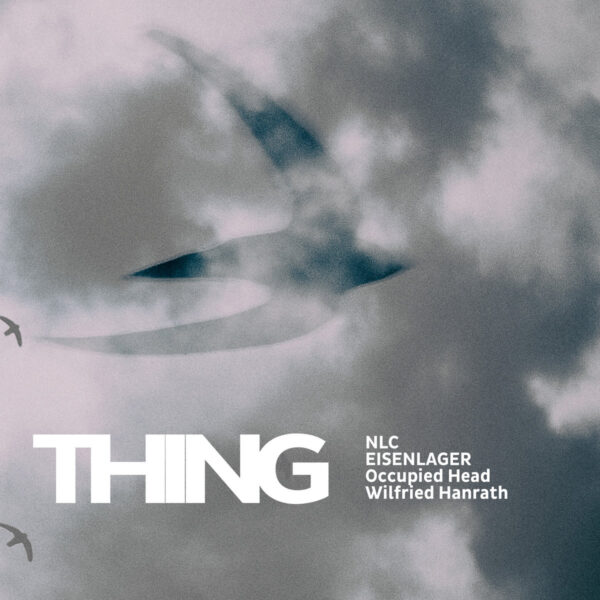 The second in a new four-way split compilation series started by German label Attenuation Circuit, this assemblage sees four new musicians join the party with their original one-track contributions. As with the first CD in the series, this one is also called “THING” though without a volume number as might be expected: the reason is that “THING” not only refers to the CD as a thing in itself but also to the word’s meaning in a number of Germanic languages as an assembly or forum for the exchange of ideas, or the place where this exchange occurs. For this second CD, German artists Occupied Head, Eisenlager and Wilfried Hanrath are joined by French act Nouvelles Lectures Cosmopolites (NLC) whose presence here is a first for this act on Attenuation Circuit.

Appropriately perhaps then, NLC leads the charge with “This Silent World”, initially a very pretty looping musique concrete piece with repeating birdsong and cricket ambience field recordings behind which shrouded drone rushes come and go, but gradually seeming more alien and even a bit deranged with all that repetition. The stage having been set for some dark ambient sound art, Eisenlager steps up with “Korea Kraut Rock” which sounds a lot more like dark ambient / deep space / industrial soundscape art behind which various weird goings on like lost violinists furiously sawing away on their instruments, crowd noises, an animated conversation in Korean and part of a disco soundtrack pass through. Occupied Head offers a slightly spooky piece “No Insurmountable Barrier’ of various drones, some of which are very whistling and piercing to the ear and send chills up and down the spine. Closing the album, Wilfried Hanrath brings forth “Fadae (edit), guitar manipulations” which is a bit warmer and more glowing than the previous tracks in its droning pulsing loops. Between this beautiful and dynamic track, and the slightly eerie, spaced-out soundscape of “This Silent World”, I really can’t place which of these is the highlight of this CD as they are outstanding in their own way.

All tracks can be considered as dark ambient pieces with moods of slight foreboding. They never become really menacing but they do enough to have you look over your shoulder the next time you’re out and about in the garden or in your local park and a group of birds or insects start singing or chirping in phrases that repeat over and over while the wind whooshes through tree branches. Where have you heard all these messages before? Don’t say you weren’t warned.