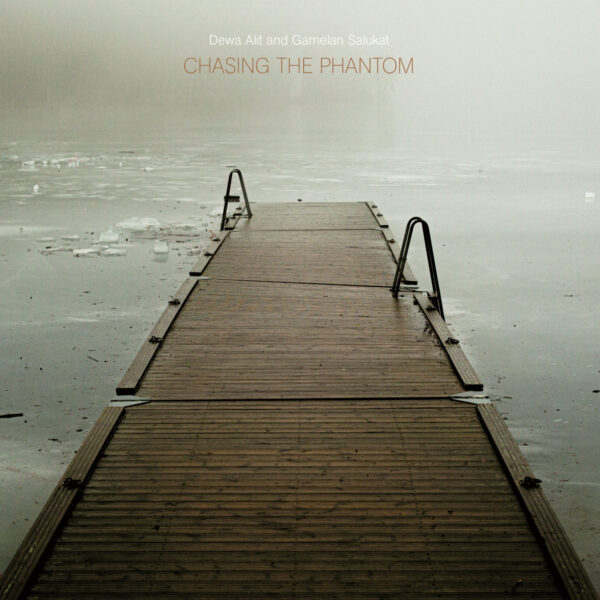 Here comes a mind-blowing release of contemporary gamelan music courtesy of Dewa Alit, a Balinese musician and composer who grew up in a family of gamelan musicians and teachers. After years playing in other gamelan troupes from the 1980s to the early 2000s, Dewa Alit founded his own gamelan group Gamelan Salukat in 2007 to explore new possibilities in gamelan music on gamelan instruments built to his designs using a unique tuning system based on two traditional Balinese gamelan scales. “Chasing the Phantom” is Dewa Alit and Gamelan Salukat’s second release for Oren Ambarchi’s Black Truffle label (the first being “The Genetic” that came out in 2020) and features two tracks “Ngejuk Memedi” and “Likad”.

“Ngejuk Memedi”, the English translation of which is the second album’s title, is Dewa Alit’s commentary on the relationship between the traditional and the modern in Balinese culture, in particular on how phantoms or spirits (“memedi”) are shared through digital technologies. While the gamelan instruments’ metallic notes are readily recognisable, the melodies from these instruments have an impish, almost devilish air, quite unlike the serene tones I usually associate with gamelan orchestral instruments, and they almost come to resemble glitchy electronics works. The track divides more or less into three parts with an early maniacal part, a quieter middle section with gongs, and the final part blending the early craziness, the sedate quality of the middle section and a swirling ringing resonance that’s almost positively lounge music psychedelic.

“Likad” is a very spiky piece, almost as manic as the earlier composition, of metallic shimmer and strike. The music seems to go round and round in circles with each circle changing, becoming choppier and more stuttery, with different instruments in the gamelan orchestra finding a way out only to get stuck in a new repeating groove. The two competing series of melodies, one a bit more muted and the other cantankerous and metallic, race each other in a duel / duet filled with tension and uncertainty. They come together at the end in a vibrant chiming resolution of heavenly ringing sound.

The entire recording is a wild and crazy rollercoaster ride of metallophone music that might almost be a soundtrack to a madcap action thriller flick of spies, police, smugglers and other crooks chasing one another in what otherwise would be a peaceful Southeast Asian setting of gentle hills of forests and orderly rice fields. It well deserves its name “Chasing the Phantom”, even if the phantom turns out to be other than what Dewa Alit intended originally, and it must surely be a contender for avantgarde orchestral music album of the year on many critics’ lists.