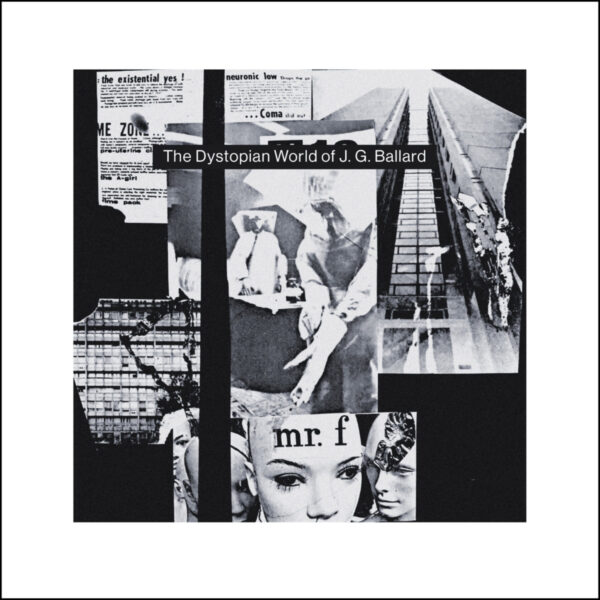 Having read some of British writer J G Ballard’s work in the past, I was curious to discover what sort of dystopian world might be imagined on this compilation from Zero K, the offshoot label of Raffaele Pezzella’s Unexplained Sounds label. I had imagined this compilation might be on the noisy, gritty side with perhaps one or two sudden car-crash explosions and the sound of crunching glass. Maybe even found sound recordings playing over and over ad nauseam the news of US President John F Kennedy’s assassination as his motorcade rolled through Dallas in 1963, Hollywood actress Jayne Mansfield’s death in a car collision with a trailer truck in 1967 or the deaths of Diana Spencer and Dodi Fayed in a car crash in Paris in 1997 might feature somewhere here. The music would range from noisily industrial and urban musique concrete collages to eerie minimalism suggesting abandoned factory sites and aircraft hangars or lonely islands in the Pacific Ocean. It would be as much spiky, jerky and not always internally consistent as it would be hypnotic and bristling with menace.

Instead what we have here from eleven artists is a remarkably consistent composite sound world of dark cavernous ambience, for the most part sombre and gloomy, and tending towards a smooth and droning delivery with few surprises. While the music is good, for me it doesn’t quite come close to sketching, even in a general way, the universe of J G Ballard’s imagination. Still, if you take these tracks as they are, and forget the premise that they are meant to serve and represent, they are very atmospheric, even meditative, and though they are dark, they are not hostile or menacing and some pieces are even quite comforting in their predictability and consistency.

Perhaps the one track that comes close to what I’d hoped for is JARL’s “Labyrinth of Images”, a skittery electronic world of insect simulacra, paralleling Ballard’s investigations of simulation in novels like “Crash” or “High Rise” in which his protagonists deal with traumas or solving crimes committed by cool-headed sociopaths by replicating acts of murder, sabotage or destruction over and over. As the track continues, it becomes ever more shrill and hysterical in tone, and derangement becomes a real possibility. It really does stand out from the rest of the music which I treat as a backdrop leading up to it and then away from it as the album continues to the end.