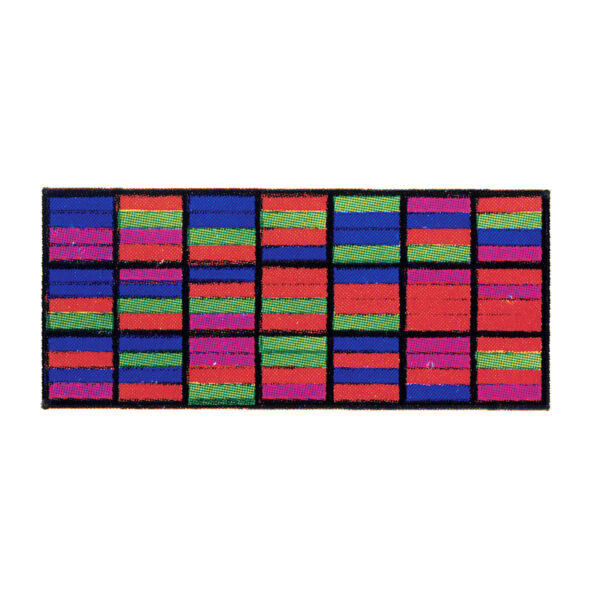 Yes, it’s the fine bassist Werner Dafeldecker here as part of a new duo Paroxysm, releasing a cassette tape of studio recordings called Paroxysm (A FFRONT RECORDINGS AFR01) made in Berlin in 2020.

The other half of Paroxysm is Roy Carroll, credited here with “electroacoustic media”. I see we heard from this Irish-born, Berlin-dwelling fellow before on the excellent As Found record from 2017 which he made with Biliani Voutchkova and Michael Thieke, where he endeared himself to many with his bucket of objects – freely mixing metal, plastic, electronic devices and bits of junk as part of his “repurpose the world” plan. Roy’s subtle touch seems to be just right for today’s record, one where “improvisation” doesn’t even begin to cut it as a genre description, and where the highly concentrated sound production is just on the right side of something very severe. With great purpose and high ideals, this twosome trade in “timbre-focussed music” and “pitch interactions”, the better to bring about these semi-spectral yet very precisely-created audio forms.

Werner Dafeldecker, as part of the unique Polwechsel group, has, I sense, devoted a lot of his career to advancing free music, and is equally well-informed about radical composition methods as he is about extended technique. It might be his cranial skills and intellectual drive that fuels the present tramcar along its hard metal road, determined to explore paved areas of the unknown city where the feet of questing travellers have not yet fallen. Yet the shadowy moves of Carroll seem to be proposing another approach to these explorations, involving perhaps the wings of surrealist birds and hand-made contraptions for flight. I particularly like the titles of these two side-long excursions; ‘Tendencies’ is a word hinting at a certain provisional description, as of two scientists observing an unfamiliar phenomenon through the microscope and cautiously noting its behaviour. For 26:31 mins, the annotations are jotted down for use in a research paper further down the line. Conversely, ‘Basalt’ is a stronger word, making no mistake about the hard chunk of mineral our two intrepid sculptors must now carve; yet the music they turn in is, if anything, even more tentative in its sensitive and sympathetic attempts to define the unknown. To put it more plainly, the music is almost as insubstantial as a gas, a strange form of vapour which is capable of solidifying in the air as we watch. Phenomenal. (30/09/2021)