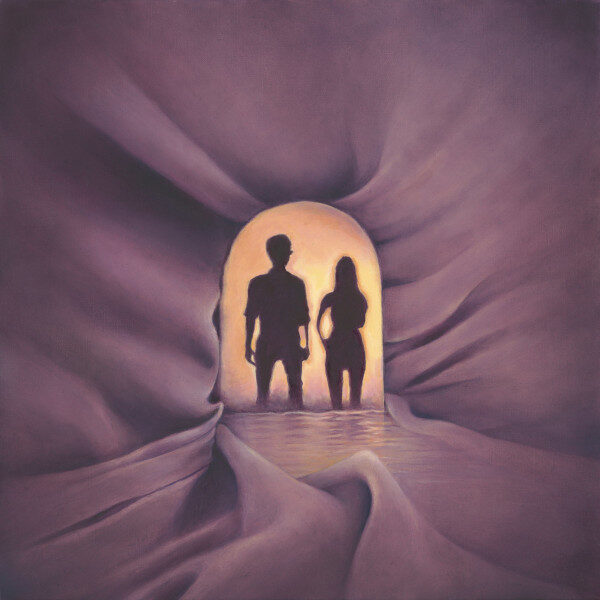 The band project an aura of mystical gnosticism and astral awareness, alluding to such things as alchemy, planetary alignments, and spirit journeys conducted while the body is sleeping. Even the front cover shows them poised at the entrance to a portal, about to pass into another world. They achieve this through a somewhat minimal and pared-down form of “dark wave” electro-songs, composed within very tight frameworks with restricted melodies and limited chord changes, where the synths emit very basic drones and hisses and the drum machines, heavily muffled, beat out a mesmerising rhythm. The songs themselves are delivered by Williams with a keening tone, one eye fixated on her book of Enochian magick, and though the lyrics are printed inside it’s rather hard to decode the words when she’s singing. This obfuscation is but one more technique in their general scheme of hermeticism, shrouding the secrets of the ages to conceal them from the prying eyes of lesser mortals and non-initiates. Through these pseudo-ritualistic songs, they hope to engage us in their grand plan, inviting us to look out for signs such as a “fireball careening across the sky”, and behold the changes being wrought in the world.

Generally understated, but the music has a quiet charm that beguiles the listener. Released on their own label, as was the previous album Alchemical Task; other releases came out on Already Dead Tapes. Vinyl and download editions available. (25/08/2021)