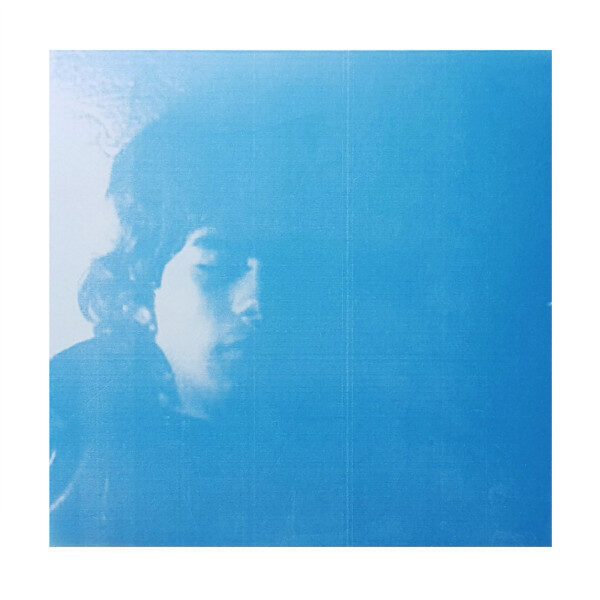 Another fine release of obscure, nearly-forgotten music from the Horn Of Plenty label curated by Nick Hamilton. All of his projects to date are real labours of love, focussing on little-known music which he happens to like, and presented in limited edition packages assembled with great care. Paul Chain Is Dead Volume 1 (hop7) is a double LP showcasing the work of Paola Catena, an Italian musician who used the pseudonym Paul Chain for a time in his career.

I don’t feel too bad that I never heard of Chain before, as he seems to have gone out of his way to leave very few traces for the questing music detective to follow, and it would be a commonplace to describe him as a “cult” artist – a label which he would most likely resist. Fortunately we have sleeve notes here written by Alessandro Coco, evidently written from deep knowledge of this mysterious fellow and his music. He began life in a heavy metal band formed in 1977, with the unfortunate name of Death SS, with the singer Stefano Sylvester; they’ve been described with “cult horror death metal” and other such tags, and I see a compilation of their music on the Italian Minotauro label is now a highly-priced collector’s item. The music on this double LP, fully licensed from Minotauro, has been drawn from a number of his solo releases dated 1986 to 1998, with the majority of tracks lifted from the 1994 album Dies Irae; I single that one out, as it’s the source of some of his more memorable music. As it happens, Dies Irae was reissued by Minotauro in 2021, complete with Paul Chain’s “magickal” emblems on the front cover (not reproduced anywhere here) and one is tempted to track down a copy.

Paul Chain Is Dead Volume 1 is mostly a solo record – apart from the long centrepiece ‘Tetri teschi…’ where he’s joined by a rhythm section Claud Galley and Thomas Hand Chaste, and on ‘Way To Pain’ where acoustic guitarist Paul Dark was recruited for extra Baroque stylings, plus there’s the haunted near-hysterical moaning of Sandra Silver on one track. It’s nigh-impossible to summarise what Chain is doing, with his array of instruments – mostly synths and drum machines, but possibly guitars and electronics also – and while it’s possible to say he works in many “styles” or “genres”, what strikes the listener is the utter uniqueness of his music, the deep strangeness of it, and the force of conviction with which it’s delivered. Reaching for comparisons, Alessandro Coco invokes everything from psychedelic rock to minimal synth, but he also uses the helpful term “occult rock”, which is how many Chain fans referred to it. One might wish to refer to two other Italian musicians who have also flirted with occult and dark themes, Simon Balestrazzi and Pietro Riparbelli, who records as K11 and Tele S. Therion. But they’re both about “atmospherics”; Chain feels more like an occult practitioner. Nick Hamilton is even less equivocal in his praise, and calls Chain an “outsider”, a theme which would certainly be in keeping with the other marginal releases in this label’s fine catalogue. At first spins, I felt a certain amount of constrained emotion emanating from the corpus of Paul Chain, as if he were an introverted bedroom genius with a grudge against the world, spitting out barbs of anger, fear, pain, and doubt. Particularly so on the long track ‘Tetri teschi…’, where his soloing becomes increasingly demented and baroque, wallowing in delicious excess while the bass and drums chug away with their remorseless sullen punk-rock blastage, endlessly hammering out the same spastic riff. This 21-minute monstrosity occupies most of side B; recorded in 1981, it’s been edited down from a 31-minute epic. If you were looking for all the curlicued extravagance of Italian prog melded into a Frankenstein with industrial music and lumpen amateurish punk, check in here immediately. This one originally came out on Violet Art of Improvisation (1989), a release highly collectible in its original CD and vinyl formats.

But other moods, and other dimensions to this strange man’s personality, soon become clear. Besides doing the excessive guitar-noise thing and struggling with angstry demons, he’s also capable of the most distant and ice-cold minimalism…Side A contains cold and unsettling synth songs, expressing multiple forms of nihilism and alienation with their weird sounds, unhinged arrangements, and unexpected shifts. Instantly transcending any “cold wave” or “industrial” labels you might want to throw at his music. Oddest of all is his “cover version” of Dies Irae, the Penderecki composition; Chain has taken the original oratorio (written in remembrance of Auschwitz), stripped it of any vocal content, and reduced it to 6:25 mins of intense, hollowed-out hissing and moanage; the complexity of the original has bled out, leaving just the barest traces sketched in skeletal outlines. Further bleakness can be found on Side C, where the mood turns towards the melancholic and the music forms lugubrious shapes, moving about in near-darkness. These include such harrowing titles as ‘Way To Pain’, ‘Noise in the Brain’, and ‘Presence of the Soul’s Forest’, but for me the standout on this side is ‘Life Down’, another 1994 piece enriched with its incredibly wild synth work, full of unpredictable shifts; by turns sinister and growling, or freaking out like an evil twin of Sun Ra, bordering on dementia. The programme calms down slightly by Side D, occupied by ‘Domino’ from his Opera Decima (The World of the End) LP. Here, the parts don’t fit together quite so successfully for me, and one might accuse the track of meandering in places across its 23 minutes, but even so it induces a queasy sensation, putting the ear off-balance, indicating all is not well in the kingdom. Here, Chain’s synths sound like he’s a less benign version of Klaus Schulze, massed artificial tones and unusual melodies abounding. 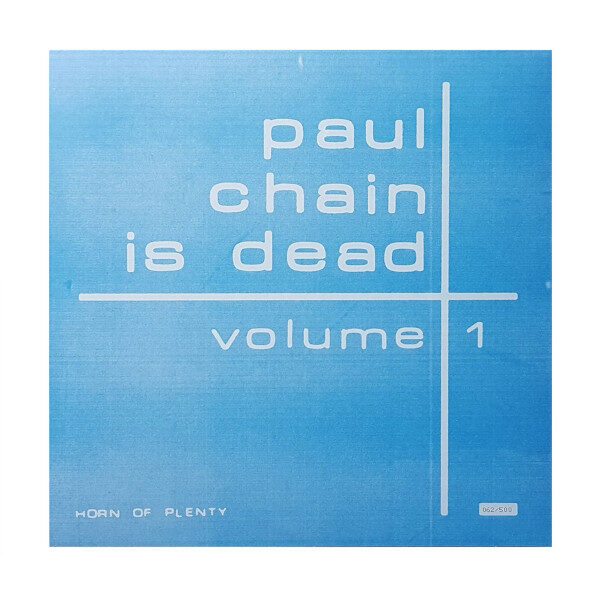 Our man Catena continued to use the Paul Chain name after he left Death SS in 1983, but he underwent some form of crisis in 2003; at any rate, he destroyed a lot of the surviving evidence of his work (tapes, photos) as part of this “artistic death”. I am kind of reminded of Kenneth Anger, the American occult underground film-maker, who took out an advert in Village Voice in 1967 to announce his own death; he is still alive, of course, but he was making some point about closing down a previous chapter of his artistic career. Naturally, being Anger, he wanted to do it dramatically and with a certain amount of ritual magick attached to the action, hence the full-page advert with its black border and stark message. Perhaps Catena, himself evidently no stranger to the occult and esoteric, was attempting something similar. We’re no nearer solving the mystery of this enigmatic outlier, but I’m very glad to have heard this powerful and singular music; we look forward to hearing Volume 2. Still in print at time of writing. From 15th June 2021.