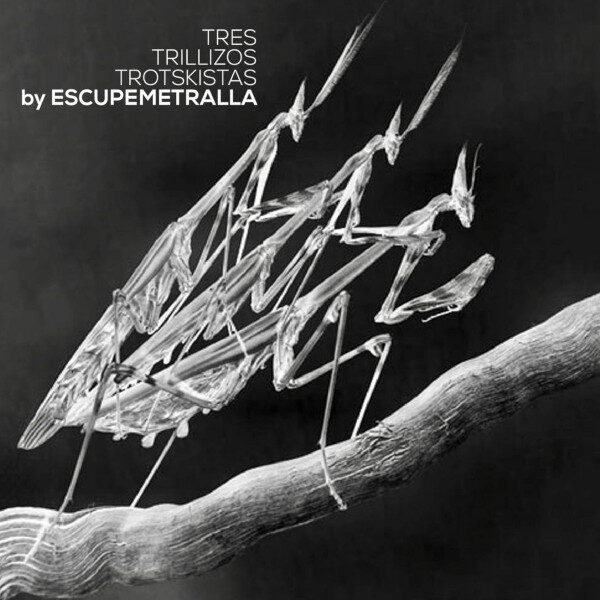 Much like the Residents who hid behind silver, flame-retardant suits and later, the giant eyeball heads, these shadowy Spanish experimentalists have said no to becoming photo-bait and forsaken the lure of the column inch. Instead, they’ve decided to take on the symbol of the Preying Mantis for their recording endeavours. As you do. And yes, they are the lovable insects where the female of the species beheads the male, post-coitus. Nice.

So, with their anonymity reinforced by scant internet action, it’s a walk down to the sleeve notes and promo sheet then. “Tres Trillizos…” was composed/recorded/mixed by the two Muhammeds in and around the puppet republic of Puigdemomnia, from 2018 to 2021… and is the result of a series of retro-transmissions to be carried out in the mid-twenty-first century at Thomas Cave Light Reversion Laboratory for Children at Los Alamos, Texas…” And so, it goes on. Each of the numbers is accompanied by chunks of gibberoid whimsy much like that, which includes topics such as solid waste disposal and Sal Dali’s pronunciation of ‘Butterfly’ (!) It all gets a bit excessive and feels like being beaten over the head with a child’s squeaky toy hammer. Once, it might be a jolly jape, but any more and you’d be thinking of reciprocating with something a bit more substantial. it’s a shame really that they’ve painted their own musical endeavours into such a small corner as their turbid electronic clankfest and Front 242/DAF affectations aren’t too shabby really, when push comes to shove. A mention must also go to their deconstruction of the Small Faces’ “Itchycoo Park”, in which Steve Marriott’s gor-luvva-duck bonhomie is reduced to a heap of digitized rubble in double-quick time.

For those twenty-thirty somethings who think that any mundane event is somehow “surreal” – Christmas has certainly come early here. As I’ve been this way before… it’s still August. 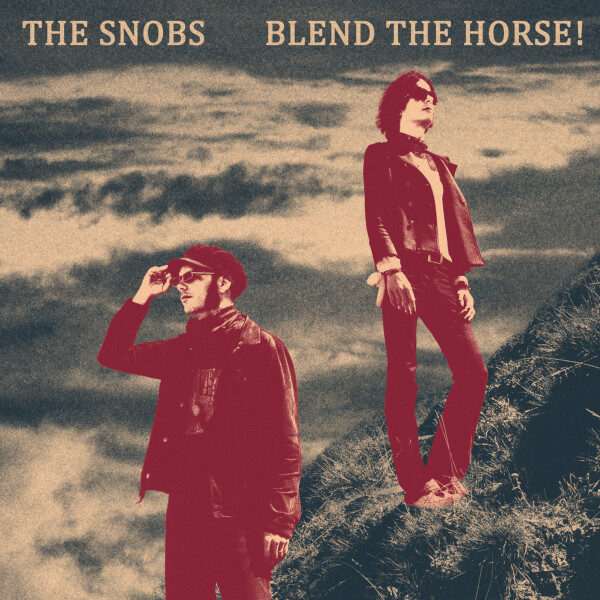 And on to our second contributor. To quote the saintly brudders Ramone; it’s “Second verse, same as the first…”, or very nearly, as we enter the world of French art-rockers The Snobs. A fairly well-established project it appears, with numerous cdrs/cds under their belt, some with U.S. poet Steve Dalachinsky. They comprise of, ahem, ‘Mad Rabbit’ (vocals/production duties) and his multi-instrumentalist brother ‘Duck Feeling’. Even more nyms de pseudo!! I fear the squeaky hammer is poised to strike again. It’s another case of band weirdery masking what seems to be normalist tendencies. The accompanying crib-sheet’s info almost threatens to spill over the edge of the A4 with endless namedrops, influences and comparisons… Radiohead, Nine Inch Nails (!), Miles Davis, Beck, Siouxsie, Led Zep, Q.O.T.S.A….A hodge-potch frame of mind that inevitably bleeds into tracks such as “Long Winter Evenings” (P.S.B. meets Kraftwerk-lite w/ rap interludes) and “Cable Call” (an unshaven Depeche Mode)…

This slice of nth generation new wave/art school electro pop neither floats my boat nor torpedoes it. It just ‘is’. Sadly, there’s no ‘McGuffin’ or edge to differentiate the Snobs from others in the vast indie morass. At least post punk’s first generation of had groups like Wire, Josef K and Spaceman 3, all sounding completely different from each other. Nowadays, who can really differentiate between a Bombay Bicycle Club and a Porridge Radio – or even care? The c.d. is issued, b.t.w., with a sixty-four-page book entitled “A Tale of Mad Rabbit and Duck Feeling in Six Chapters”. Bugs and Daffy go post-modern? Th-Th-That’s all folks!