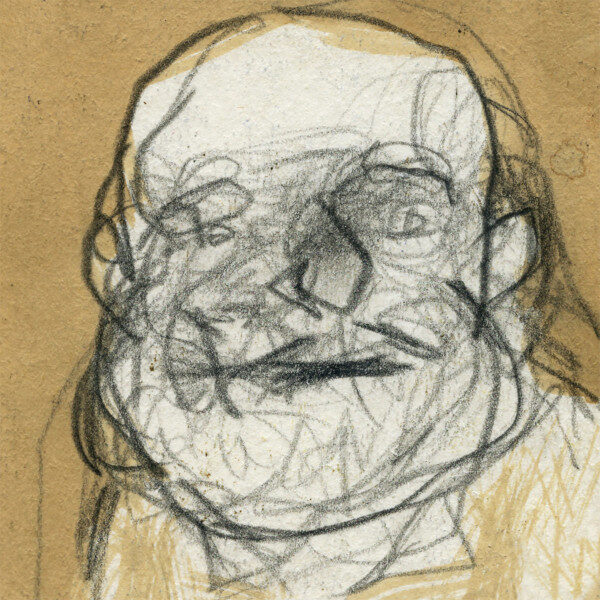 Fernand Schirren
Dimanche / Masques / Cartoon Circus
BELGIUM FUTURA RESISTENZA RESLP003 LP (2021)
Belgian composer and percussionist Schirren with an unusual LP of soundtracks he recorded in  1963, 1959, and 1972, for a number of lesser-known films.

This LP appears to be something of a labour of love and personal rescue job by the label curator, Frederic Van de Velde; Schirren’s work is not widely known, and to rectify this he has assembled the tapes, garnered a personal tribute from Philippe Dewolf, who met and interviewed the somewhat reluctant musician, and also compiled notes on the Dimanche film, written by Jean-Marie Buchet. We learn that Schirren was quite a cultured fellow, the son of a fine art painter, and besides being a composer and percussionist he also made films of his own, and acted as tutor to Maurice Bejart, the French dancer whose name you may know from the Pierre Henry LP Messe Pour Le Temps Présent (Bejart danced Les Jerks Électroniques with his troupe, even if he didn’t appear on the record). Dewolf in particular admires his precision and skill as a percussionist. For all this, it seems he only appeared on record a couple of times, one of them a record by the comedienne Georgette Mariot (who recorded as Marion) and the other a spoken word record by the poet and screenwriter Jacques Prévert (where Schirren played on the title music only).

Today’s record retrieves the soundtracks to three films, and amounts to just over half an hour of music. All of side A is occupied by ‘Dimanche’, a 1963 film by Paul Louyet, which appears to have been the equivalent of a Public Information film; it was addressing the problem of what civilians did during their leisure time, and presents a series of banal images of the everyday. I never saw it, but Buchet is convinced it’s experimental in form, noting the way Louyet “seeks to dematerialise the content of his images…reducing them to rhythmic elements”. 1 It’s these rhythmic elements, one might suppose, that have been matched with the soundtrack contribution of Schirren, except that the musician was asked by the director simply to provide an “atmospheric” effect.

20:03 minutes are the result; I found it slow and dreary, but perhaps it’s meant to be, if indeed the film is hinting at the sheer emptiness of modern life and depicting the gloominess of a bourgeois Sunday with as much poignancy as Tony Hancock’s ‘Sunday Afternoon at Home’. The percussion music doesn’t ring out with sharp clear tones, but instead it groans, heaves, and drones with utmost reluctance as we drag it out of bed to wander the empty streets of Belgium in order to observe meaningless, empty non-dramas. Field recordings, perhaps source sounds from the film, occasionally drift in and out of this abstract aural lurching, and the recording (perhaps because of its age, or because it might have been retrieved direct from the optical stripe printed on the film stock) sounds grainy, muffled, and faint. I don’t know whether the original film was photographed in black and white, but this music can’t help but register as “monochrome” to anyone with a pair of ears, or at least trigger associations of several shades of grey. This may not appear especially interesting so far, but one would like to think the combined effect of this strange music with the disconnected stream of images produced something of lasting effect.

The B side contains three shorter pieces; here the music is more percussive and less droney, but that isn’t to say it’s much more engaging. ‘Masques’ was a 1959 movie by Jean-Marie Buchet and Marc Lobet, and Schirren’s music is a series of lonely drumbeats for 6:43 mins, while the two parts of 1972’s ‘Cartoon Circus’ are just Jew’s harp sounds boinging away. ‘Masques’ sounds serious, possibly addressing deep themes of identity and personality crisis, while the Circus one merely sounds frivolous. At least in the case of ‘Masques’ we can gain some idea of Schirren’s precision with his drum work; there’s a lot of space and tension, and not a single wasted drum stroke.

In all, this appears to be a rather modest and understated release, and while I’m prepared to believe great things about Fernand Schirren, the music doesn’t quite live up to the claims made for it by the curators. Still, an unusual release. From 30 September 2021.