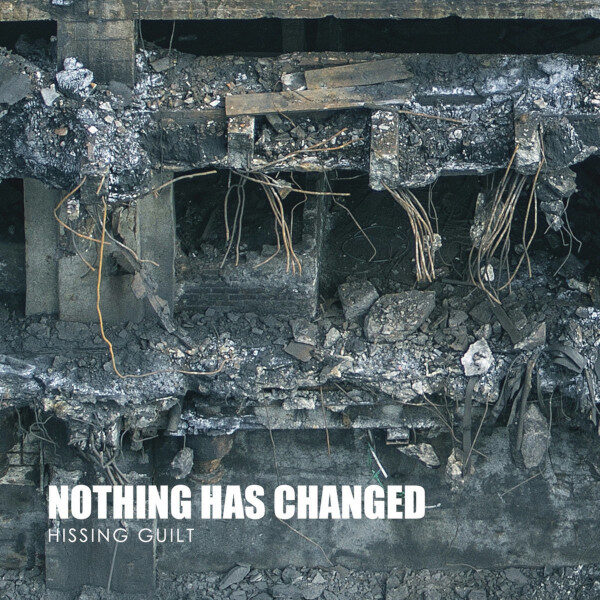 New batch from Zoharum of four darksters of which Kontinent’s Stasis (ZOHAR 233-2) has already been reviewed by Jennifer here.

Ferocious heavy pounding blasts from Nothing Has Changed on his Hissing Guilt (ZOHAR 237-2 / OLD TEMPLE OLD 174) CD. This is Michal Kielbasa, an old lag who also founded the industrial heavy metal trio Whalesong in 2009 and had a few records on the Old Temple label under that name. Tremendous amount of low end and horrifying drumbeats here, laying on the smothering atmospheres with a generous hand until the victim is unable to breathe. Cover art depicts the world as nothing more than a pile of inchoate rubble, a ruined building…while track titles allude to unhealthy depressive perceptions of existence, such as ‘No Escape’ and ‘All Meaning is Gone’, or (my personal fave) ‘We Will Never Be Free’, indicating Kielbasa adopts an all-or-nothing perspective on the state of the modern world, and despairs of ever finding liberation. In true “industrial” style, Nothing Has Changed likes to abbreviate his monicker to N.H.C. the better to stamp his identity on the world like a riveter shooting metal studs into your forehead, and on this particular assault he does indeed achieve some memorable moments of overloaded power noise, while the remorseless beats – acting like a demented form of dark Techno – fool the brain for one second into thinking this might be dance music, until you wake up and perceive the raging inferno of all-consuming fire before your eyes. After the ultra-grim opening tracks, the album does offer some moments of “atmospheric” relief in the form of cuts like ‘Trapped In A Corner’, which exhibits a very inventive use of layering and swirling effects, but even here the sense of nightmare is inescapable. Powerful, vicious, electrifying. 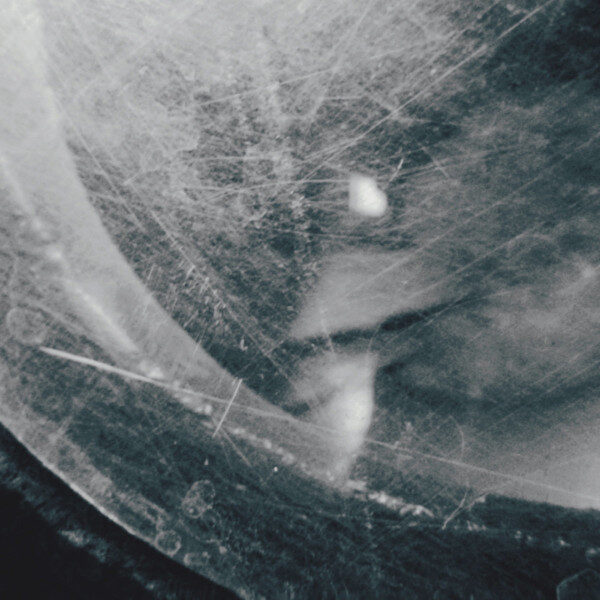 If that episode of iron and granite is a bit too much for your morning muesli, you might find more solace in the mysterious Ulesa’s self titled album (ZOHAR 236-2), which is more like a soothing cup of warm milk compared to those crunchy berries above. Voices, loops, ambient mist-a-thonics and gently pulsating rhythms are what constitute this slightly eerie universe in which Ulesa hovers like a disembodied pelican. There’s a real subtlety in the way these voices – apparently “playing the main role” in the production – are treated and positioned in the mix, leaving us balanced on the crucial knife-edge between the familiar and the unknown. As these spectres wail their unearthly chants, we hear traces of keyboards resembling forlorn trumpets in the murk and mist, while the rhythms have been reduced to mere suggestions of form, the memories of a gigantic foundry pounding in the distance some 40km away. Label press are enthused about the “dark and ritual tribalism” and praise the “cinematic touches” on this release. To add to the general air of anonymity, all the tracks are untitled and merely identified with Roman numerals, plus there’s the cover art of ambiguous, out-of-focus photos, said visuals entirely in the spirit of Ulesa’s music. Refreshingly short (circa. 30 mins of music) album and at times quite moving with its lonely and wistful atmospheres. 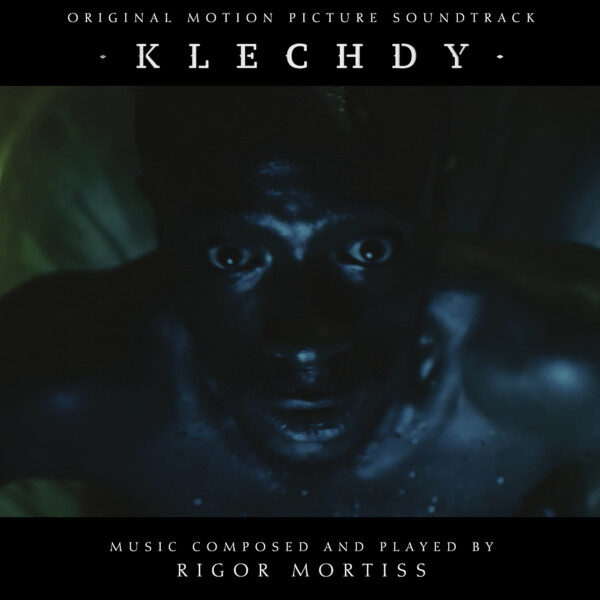 Seems like every industrial band and his brother are making movie soundtracks these days – a cultural development which may also be related to the continuing abundance of modern horror movies, especially those which up the ante on psychologically troubling themes, concentrating on unknown or supernatural forces instead of wallowing in the gore and bones. This observation might well apply to Klechdy, a short 2018 film by Pawel Lukomski. I never saw it, but it deals with witchcraft and organ-harvesting and may be making some deeper point about immigration issues, as the hero Juju is an African man trying to make his way back to Poland and encountering many troubles in a remote village. The music for Klechdy (ZOHAR 235-2) is performed by Rigor Mortiss, an industrial rock band from Plock who formed in 1990. We heard them on their Wbrewny album from 2019, and on today’s item they pretty much continue the same formula of combining “the most suffocating elements from stoner/death metal with dense dark ambient drone”, as noted then. This adds up to a lot of angry and stringy guitars from Malgorzata Florczak and Maciej Stolinski, and with the added bass and drums it means certain tracks here are indistinguishable from any generic death metal thrash. However, when Florczak gets behind the keyboards he injects a lot of emotional horror simply through unleashing dissonant chords and jangling effects. I like the tracks where there’s a measure of tension and suspense, which may match up to scenes in the movie, but a lot of this record is all about the release – all-out terror assaults and cathartic riffing, suggestive of a panicked escape through a dark forest. Quite a mixed set; the record even closes with a rap by CB Mvula (the star of the film), performed over grisly guitar chords and unsubtle beats. A short and not very satisfying record; the music doesn’t flow well as an album, amounting to a series of cues, and it exposes one of the shortcomings of Rigor Mortiss, their overall lack of subtlety.