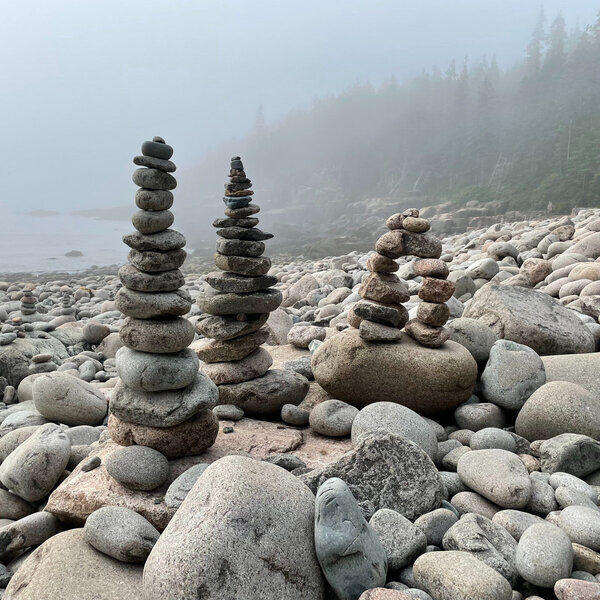 Four new items from the Japanese small label Kirigirisu Recordings, last noted in these pages in April 2021. The owner Neil reports that he’s not doing cassette packages just now since “the tapes have destroyed me financially”, a dilemma which probably afflicts many musicians and labels in the present gloomy economic climate. These new CDRs are limited to just 30 copies, so doubtless will be sold out by the time you read these lines.

Jeff Surak has Four Criteria (kgr034). Surak is our old friend and supporter from Washington DC and we have long enjoyed his solo tapes and CDRs, and much of the output from his Zeromoon label. He has often created, and released, some very difficult and abrasive noise delivered in a remorseless way, but today’s release has a conceptual underpinning. The reference point is a lecture delivered by Stockhausen in 1971, ‘Four Criteria Of Electronic Music’, which was put into print and even filmed by Allied Artists. The criteria are to do with things like ‘Unified time structuring’ and ‘Splitting of the Sound’, and are worth studying and digesting, but Surak’s plan here is to systematically ignore them…the criteria were the starting point for this work, but what he arrives at is a deconstruction.

You might do worse than start with playing the second track, ‘Nickel Music’, since track 1 starts out almost inaudible (about which more shortly). No idea how ‘Nickel Music’ was created, and it might be purely by electronic means, but it’s a roller-coaster ride through multiple styles and approaches, including loud noise, drone, and weird synth burblings, everything informed by a vague sense of trouble and doubt (characteristics which loom large in the Surak music world). There’s also a tremendous sense of purpose, as if he were indeed playing out the sections of a pre-composed structure across these 17:04 minutes, calmly and deliberately building his gentle riposte to the dogmas and doctrines of the German maestro. A fascinating piece. On track one, we hear a tape loop of said maestro himself speaking to the headline points from the lecture, but the voice only becomes audible after long minutes of silence, as the volume level slowly fades up. It’s here, I suppose, that Surak is laying out his conceptual point (not that I pretend to understand it), using a method not unlike that of an experimental film maker who gradually and slowly brings the camera into focus on their chosen image.

Much as I love Stockhausen (as does Surak), his voice here projects as rather stiff and inflexible, as of one rigidly adhering to their own self-proclaimed 39 Articles of Faith. 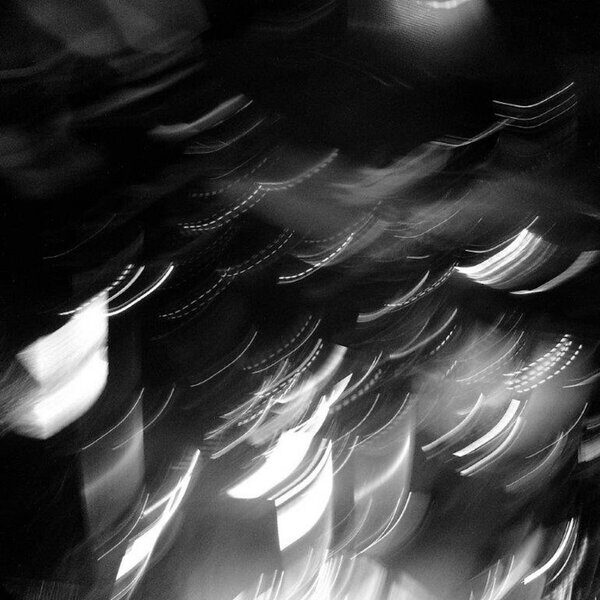 Angelo Bignamini here with 8 Doublings (kgr031). He’s making odd sounds by recording small objects and small instruments – including a whistle – on his tape recorder and then playing them back using a “random” sequencer. This might mean some form of sampling or indeed the introduction of chance elements, and certainly our ears tell us that what we’re hearing is rather fragmented and surprising, little mosaic pieces of sound and music. Italian player Bignamini might not be interested in making a conventional music performance, or composition, as much as he delights in this simple process. And perhaps in the degradation and change the process might bring; one of his preoccupations is “failure”. In these washed-out and sketchy tunes, what we’re hearing is the sound of music going slightly wrong. It has a wispy charm. 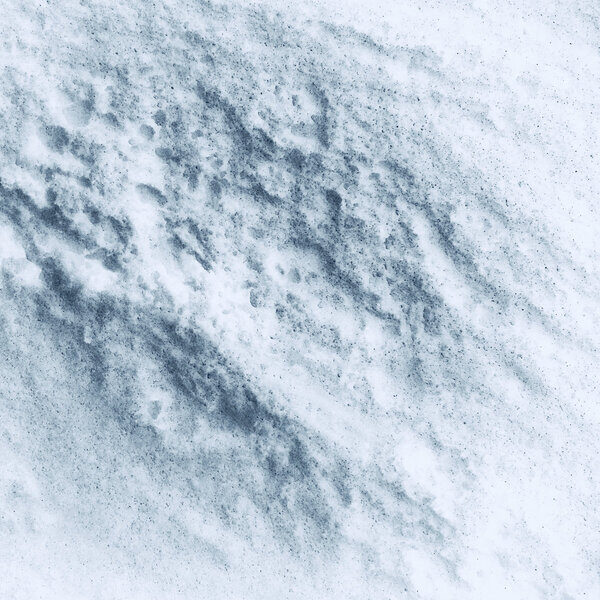 French composer Hugo Lioret here with Pomone (krg034). This gifted fellow is trained in percussion (and indeed one of his other releases is based on processed sounds of the vibraphone), plus he’s been educated in an academic-conservatoire environment, worked at INA-GRM, and done music for films, theatre, and radio. Today’s item is a field recording “travelogue” of sorts, by which I mean it’s been assembled from various site recordings in many diverse parts of France.

Like many from the French school of electro-acoustic composition, Lioret is already evolving his own set of philosophical beliefs which shape his work; in this instance, it’s something to do with memory and how the passage of time can affect our relations to sound, and places. “What trace does the place leave on the fixed sound?” he muses, as he pieces together this very “fluid” composition with much layering and unexpected connections, with very strong dynamics – moments of great delicacy contrasted with powerful roarings and bruits. Thankfully, he doesn’t lean too heavily on the processing buttons, which can be a temptation facing many composers when they first get their hands on some expensive digital effects units. Instead, he leaves things raw and open, and concentrates on “reveal[ing] the poetic impact” of his sources, an approach which is heartily welcome, suggesting very strongly that he finds lyrical inspiration in the sounds of the physical world around us, rather than perceiving an endless supply of non-specific phonography events to be deposited in a composer’s collection-bag like so many specimens.

Bref: Pomone is a piece of beautiful and inventive sound-art. The label press finds that the record “echoes the work of Bernard Parmegiani”, and though that’s high praise indeed, Lioret lives up to that claim. 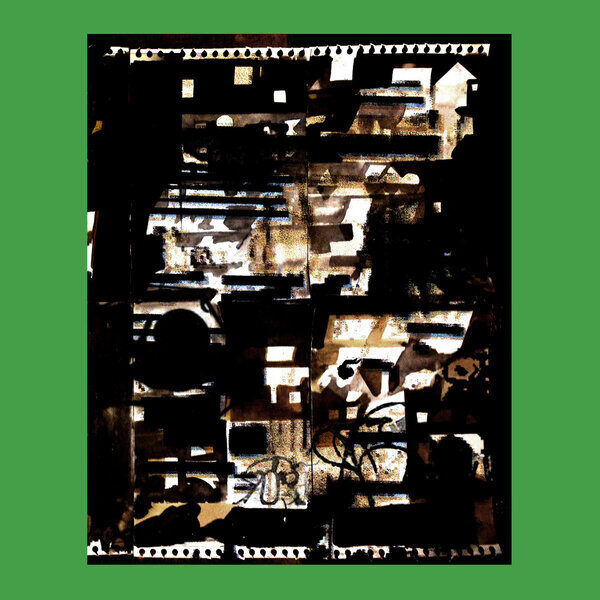 Miguel A. García from the Basque region of Spain is another TSP favourite and at one time we were positively awash in the bounty of CDRs and tapes that flowed from his gifted stumps. I tend to generalise his output as menacing, surly, drone, but today’s item Airite (kgr032) departs from that trend and emerges as 36:35 mins of quite busy music, though still produced solo and by electronic means. Fundamentally, it’s nothing more than manipulated feedback which he captured from his mixing desk, and subjected to digital processing, but he’s gone for the long haul and is determined to see the task through, playing out the plan from start to completion.

Although very abstract in tone, this one lacks the menacing-noise vibe of his previous works, and instead rewards the listener with multiple layers and micro-events, the equivalent of several digital hares let loose over the hill at once. At times, it challenges the brain to keep track of everything that’s going on in this teeming hive of pulses and electrical charges. There is a system at play, one of repetition and superimposition, but Garcia appears to be doing it in a very intuitive manner, which might account for the exciting mood of this strange glonkafadoon from Pluto. There’s even a sense of humour informing the work at some level, whereas before he has tended to the dour and pessimistic, and the press notes even suggest that Airite – with its non-stop barrage of very insistent rhythms – could be used for dance music. My colony of pet hornets would agree with that assessment.