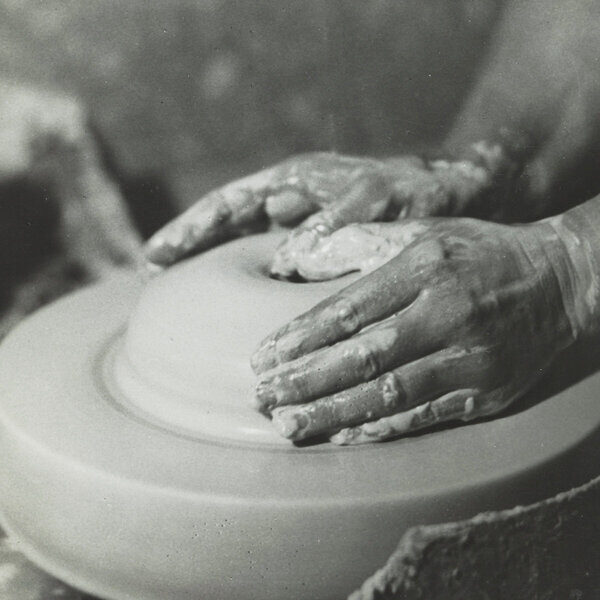 Another release on the INSUB. Records label from Switzerland. The team of Cyril Bondi and Cristiàn Alvear are proposing a three-album series where they play / interpret the compositions of a number of contemporary composers from Switzerland and Chile. The albums all have potter’s wheel photographs on the cover and it looks like parts 2 and 3 are already out…

I have the first instalment (INSUB RECORDS NO NUMBER), where they play Sigh (Carried Away) composed by d’incise, and Grado De Potencia #2 by Santiago Astaburuaga. I thought we might have heard this particular pairing before, but I was only half-right – I’m thinking of the Ocho Pretextos record from 2020 where they were joined by d’incise on electronics. This is mostly percussion and guitar music, although field recordings also surface on the second piece…On Sigh (Carried Away), we got 42 mins of electric guitar and cymbal work, although d’incise himself also adds electroacoustic treatments – amounting to very delicate interventions in places, and allowing us to concentrate on this airy, spacious music with plenty of gaps and slow movements. I am developing a taste for what Cristiàn Alvear does, although I’m unable to say anything much about it; I certainly enjoy his clean tones here, and his incredible restraint while playing. If you like sustained notes on the order of Heldon or Fripp, then there’s a chance you might be able to cultivate your ears to accept this pared-down, ultra-modern, miniaturised approach to the electric guitar. As to Bondi, the percussionist who has executed such brilliant dub-inspired instrumentals as part of Diatribes, his cymbal strokes are laid down here as though making sounds were at a premium; it’s as if he were facing a heavy fine for each time he raised his sticks.

Admirable poise by the musicians, as ever, throughout this difficult and demanding piece, which (within the parameters of its own rules) does allow for quite dramatic changes and shifts, which amount to a series of mini-movements within its inordinate length.

Grado De Potencia #2 by Santiago Astaburuaga is fundamentally different to the above…we heard this Chilean genius on his la perpetuidad del esbozo #3 which he made for Inexhaustible Editions in 2018. As it happens Alvear played on that recording too, along with two Japanese musicians; the complexity and formality of that piece is something I’m still trying to work out, and although the instructions behind it were quite precise, the results felt warm, spontaneous, and even humourous.

We’re given no detail behind the structure of today’s piece, although I see our man is still exhibiting his predilection for very precise timings of the finished recording, which lasts precisely 20 minutes. Like esbozo, it’s also quite episodic, with carefully defined and pre-programmed shifts from one section to the next, which clearly follow some sort of logic – even when the listening experience appears unpredictable and surprising. Both Bondi and Alvear play field recordings, and the jumble of human voices chattering along with faint birdsong is blended seamlessly into the passages of electric guitar sounds and minimal percussive beats, and of course the blocks of silence or near-silence which act like punctuation or chapter headings in this perplexing modernist book. The title translates as something similar to “degree of potency”, which may simply be what Santiago Astaburuaga says to himself when he’s checking out his potentiometer (a variable resistor device which Stockhausen occasionally used). It also makes me think of This Heat, whose members insisted their band name had a very precise meaning referring to degrees of potency.

Though it’s minimal and inscrutable, still I find much to enjoy in this mysterious concoction of Astaburuaga’s, its odd juxtapositions and strange combinations of sources. From 4th October 2021.