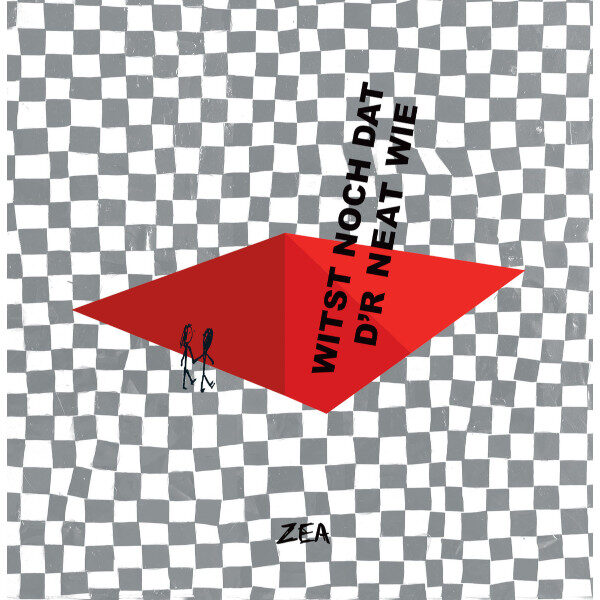 With the ‘Zea‘ alter ego, the Ex’s guitarist/vocalist Arnold de Boer has created an interesting sidebar to the pages of his by now lengthy ‘dear diary’. This (very near) solo project sees him releasing his second Frisian language album in five years, following on from the well-received Moam Gean ik Dea, which translates as “Tomorrow I’m Going to Die” (!). That fatalist thread appears to weave its way through Witst Noch… (“Remember There was Nothing”) too, which houses a fifteen-strong collection of forceful, urgent exchanges (I’m going by Ed’s vocal stance), delivered through gritted teeth with only the insistent earthy pulse of his acoustic guitar as accompaniment. Sure there are guest spots with cello, fiddle, trumpet and a drum but even then, these are used ever so sparingly.

Problem is… things are almost overshadowed by the rather nicely appointed hardback book (with fetching chequerboard artwork) that accompanies this disc. One just has to admire the hard graft that went into all this. As language/linguistics are recurring themes on Witst…, so they are here in paper form. Each number is presented in four languages: Frisian, Dutch, English and one that fits the song in some way or another. So, for Benjamin May’s poem “I Have Only Just a Minute” – the fourth translation uses ‘Gullah’ (a minority language from South Carolina, U.S.A. – no, me neither), while “Sucht” (“Sigh”) makes a long trip to the East Indies, Surinam to be precise, where ‘Srnan’ is the mother tongue.

It’s an excellent and informative package for a monolinguist such as myself. And where else could you find a stripped-down reworking of Jacques Brel/Rod McKuen’s “Ne me Quitte Pas” (“If you go Away”) ? A radical answer indeed to the version sent down from Mount Olympus by Scott Walker and Wally Stott. Hopefully, after taking a well-earned breather from kissing the Rosetta Stone, Ed could organise some gigs or even a shared disc(?) with his Frisian post-punk labelmates It Dockumer Lokaeltsje ?? Makes sense !