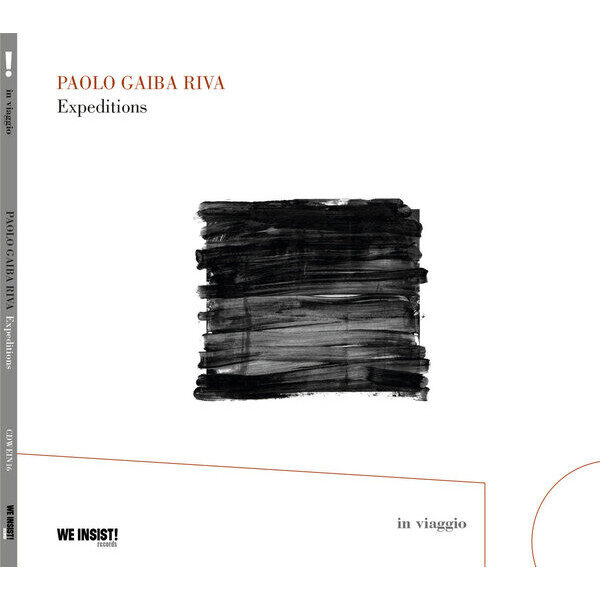 Italian player Paolo Gaiba Riva might be called a free improviser (he made Harvesting Pumpkins Before Winter in 2018 with the Chinese player Zhu Wenbo), but he also calls himself a sound artist and today’s record Expeditions (WE INSIST! RECORDS CDWEIN16) was released on an Italian label which sometimes publishes contemporary jazz.

In his sleevenotes, Riva is very upbeat about the possibilities of travelling and meeting people, and is convinced that it has expanded his worldview; he expounds over several paragraphs simply to restate the cliché “travel broadens the mind”, but the point is well made. At one level Expeditions is a document of his travels in Taiwan, Berlin, and parts of Italy, where the recordings were made around 2018-2020. Another takeaway is that collaborations are a good way to work, so Expeditions also features duos with Deng-Yao Chang, Pedro Lopes, Fangyi Liu, Matias, Guerra Herreros, and others. While he’s a clarinet player, Riva also conducts himself well with electronics; and in fact it’s the latter mode that appeals to me on today’s spin. I like the clutter and random eruptions on ‘Fatal Allergy’ and ‘Toi Meme’, both made in Berlin and with Lopes playing his drumtables; it seems that random radio voices are making their way into the murky musical emissions, and there’s a lot of information to digest. Overloaded tracks like these contrast nicely with the restrained duo sets, such as two short pieces made in Taiwan with Fangyi Liu, the latter simply credited with “microphoned objects”. Some nice non-specific minimal scrape and low-key noise going down on these sessions.

For added drama, don’t miss ‘In the wood’, a mysterious spookster from 2018 made with the help of Gianmaria Aprile’s effects-laden guitar. Parts of this album – especially those with the Chinese players – are almost austere enough to warrant inclusion on the Pilgrim Talk label, while the more gritty and textured works aren’t too far apart from the universe of Ignaz Schick. A good one. (07/10/2021)