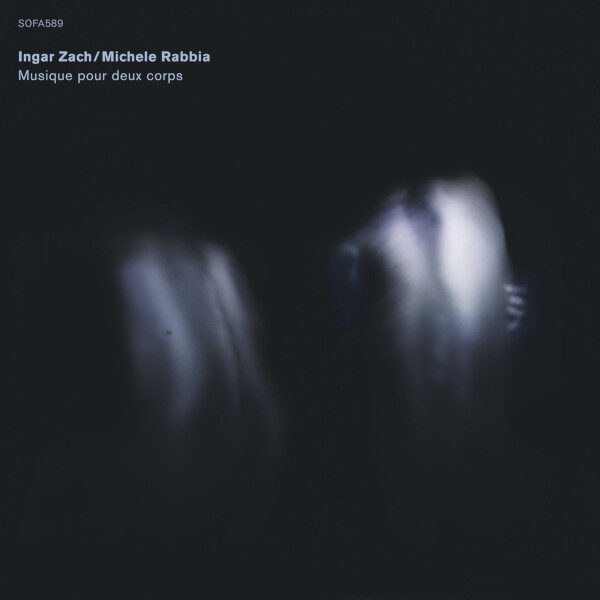 Short percussion works from the team of Ingar Zach (Norway) and Michele Rabbia (Italy) on Musique Pour Deux Corps (SOFA SOFA589). The idea of playing an extensively-prepared percussion kit seems to originate with Zach, and he’s known for bringing an entirely different box of additional objects to each project or live gig. Plus there’s his “gran cassa” table, which is not only a platform for his instruments but also a resonating box for his sounds. On this occasion, different metals and woods are involved, a selection of objects, placed directly on the surface of the drumskins, and live electronics are also permitted to enhance the basic proposal. Stark, cold, splintery effects are the result for the most part, often enhanced with echo that makes them seem even more alien. There are numerous moments where the duo manage to imitate the surface of some unknown avant-techno 12-incher through their devices. This happens for instance on the lively ‘Typology’ track, which instantly advances light-years beyond the idea of “mere” percussion and moves through time and space at tremendous speed; and on ‘Proprioception’ which includes a pleasing “shuffle” figure. The long track ‘Joy’ might be intended as a stand-out, but it’s not much more then ten minutes of intense, layered drone played very slowly, resolving to a calming root note. One might quibble at the “episodic” nature of these short and seemingly inconsequential performances, but sonically this album is all very adventurous and very varied, and often transcends the performers themselves; I mean they stand on the verge of creating something greater than their own process. (25/10/2021) From Portugal, the team of Dullmea (i.e. violinist Sofia Fernandes and Ricardo Pinto) have produced Orduak (NO LABEL), a self-released item…a short suite of 8 related tracks is the result, underpinned by some vague ideas about plumbing the ultimate depths, painting in sound, working with dark electronics and noise, and there’s also some shared interest between the two about harmony. Whether they wish to dispense with harmony completely, or restore it to its rightful place in modern music, is not entirely clear, but the hoped-for end result with Orduak is the invention of a fictional place which the listener can explore, with the understanding that its imaginary location is somewhere very deep. Wasn’t massively impressed by this Orduak on early spins, but today I’m inclined to be a bit more forgiving to these shapeless blocks of murk; it’s superior to everyday ambient drone, there’s a lot more attention paid to textures and surfaces than first appeared, and I like the fleeting sense of danger that sometimes surfaces as we traverse the geological layers in our downward journey to the centre of a dark globe. Although Dullmea does play the violin (maybe audible on her earlier records such as Keter and Hemisphaeria) this album was entirely made with the human voice and electronic processing. It’s most noticeable on the centre-piece track ‘Nem Fogo, Nem Vento, Nem Sopro’, which in the Portuguese tongue is a rather poignant phrase meaning ‘Neither Fire, Nor Wind, Nor Breath’ which evokes the closed-off nature of their underground grotto. I would like to hear the duo try something a bit less cluttered next time; too many rich tastes and shapes on offer this time, but this busy approach of theirs can be effective too. I’m not feeling the sense of a “journey” in this subterranean depiction, by which I mean it’s mostly a series of static snapshots. (25/10/2021) 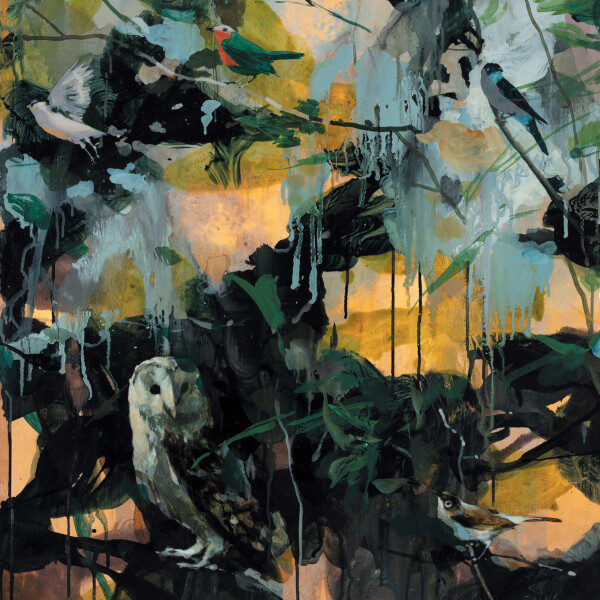 An accomplished and exciting “jazz odyssey” from Ingebrigt Håker Flaten on his (Exit) Knarr (ODIN RECORDS ODINCD9579) album. We heard this talented fellow in 2014 with his group The Young Mothers operating out of Texas with “a crazy and energised record which goes out of its way to explicitly throw together multiple genres”; at that time Flaten was living in Austin, but he seems to have made his way back to the Nordic realms with today’s record, originally scored as a commission for the Norwegian Vossajazz festival. Postponed due to the pandemic, it was premiered in 2021 and coincided with the release of this record. The record features a crack team of Norwegian players on woodwinds, brass, guitar, piano, and drums, and all the music was composed by bass player Flaten. The press notes invite us to liken the construction of the work to a Viking ship, referring to the merchant ship of that name which in old Norse times was expressly built to withstand long and tempestuous sea journeys. The pieces on (Exit) Knarr may not sound especially “Viking” in tone, but they do have an attention to detail and a robust foundation, each piece interlocking in a way that would probably have pleased the chief shipwright Olaf. The sympathetic booklet notes by Martin Eia-Revheim recounts the detail of each track while interweaving it with many a poignant anecdote about the life of Flaten himself (and he’s had a roller-coaster ride these last few years, for sure). Parallels are found with the music of Shepp, Mingus, Jarrett, and many other American jazzers, and the comparisons stand; there may be a need for a little more syncopation, a tad more ellipsis here and there (some of the players hew too closely to the rhythm when they need to loosen up), but overall I’m finding this well-arranged music more satisfying than the more extreme free-blowing and near-violent work from some other Norwegian jazzers. The paintings on the panels are by Lars Elling. (25/10/2021)