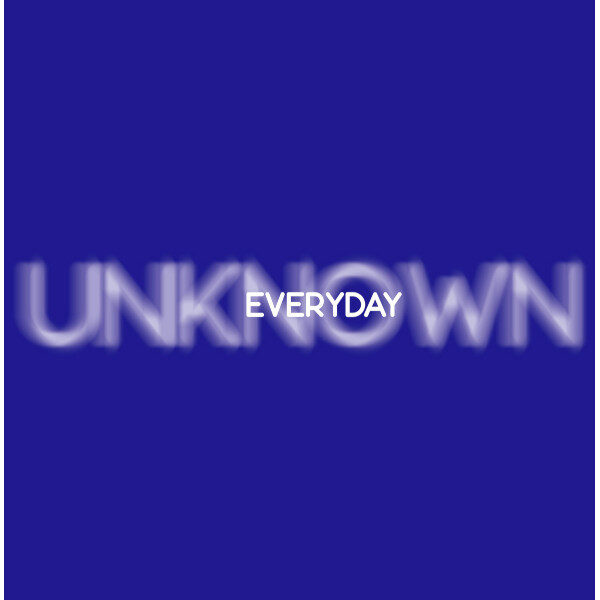 Latest project from French sound artist supremo Eric La Casa…Everyday Unknown 4 & 5 (SWARMING 1S2001) is released as part of his “Collection Supranaturelle” series and has been several years in the making, based on recordings and mixage from 2017 to 2021. His previous outing Installations was, in comparison, quite large-scaled and very collaborative, with judiciously-selected locations for his field recordings and the participation of talented like-minded creators. Conversely Everyday Unknown is a solo work, perhaps more modest in scale, somewhat inward-looking…

The plan is to investigate the “inaudible”, and that itself is a challenging enough proposition if you’re working with field recordings. La Casa seems to be describing a life for himself where he spends every day listening to his surroundings; his recent discovery is that there are more things “beyond the threshold of my hearing”, and he’s slightly concerned that he’s missing them out of his daily ingest of audio materials. From here, he starts to speculate about these “infraliminary dimensions”, as he calls them, and whether it’s even possible to perceive them. Aye, as is often the case with this highly intelligent creator, his ideas about sound soon spiral off into philosophical areas. He begins to ask searching questions about the limitations of his recording equipment, and his own body in respect of these elusive goals, and muses about what this may mean for our perception of the “present time”, as alluded to in a quote from Etienne Klein, the French physicist and science philosopher who was written many books on atomic particles, the nature of the universe, and the passage of time.

Having conducted this mind-expanding research on the nature of the inaudible, the unsayable, and all things that are beyond the reach of man’s perception, Eric La Casa has produced another very satisfying record of sound art. Given the above screed, you may have expected something extremely quiet, “lower-case” recordings along the lines of those extreme statements released on the winds measure recordings label, but instead Everyday Unknown 4 & 5 turns out to be rich in fascinating and mysterious details, with no irritating stretches of silence or near-silence that have often blighted other works in this genre. I’m coming away with a sense of near-microscopic examination of…something…which may turn out to be a very ordinary something, as La Casa wishes to stress that it’s the “everyday” which preoccupies him, and we can indeed see that very same thread in other works such as Paris Quotidien and FRICHE: Transition. The former in particular (from 2018) was a benchmark work in finding beauty and depth in the most unlikely and unpromising source material.

The theme is picked up with the insert of eight colour photographs, all taken by the artist simply looking outside his window; and we see an array of different colours, cloud shapes, moods, and textures, in which context the close-up image of a bug on the window can be seen as a startling appearance. Recommended listening as a means of rediscovering your own surroundings, seeing and hearing new things, and reconnecting to the local environment. From 22 October 2021.