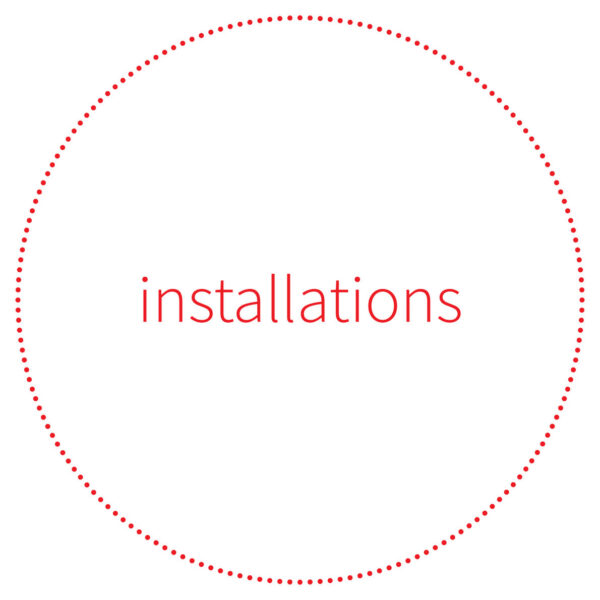 Latest release from the French sound artist Eric La Casa is called Installations (SWARMING 012) – four new installation works, each one a collaboration with a different fellow creator, and presented as a CD mounted inside a booklet with photographs and explanatory texts. In each case La Casa continues to explore, and develop, some of the preoccupations with space and architecture that we’ve noted on some of his previous releases.

First track is ‘De La Dilatation Du Paysage’, a 2006 collaboration with the painter and ceramicist Michaële-Andréa Schatt. It’s set in an art gallery (the Isabelle Gounod gallery), with speakers mounted on the walls playing back lists of words to the onlookers. An elaborate installation; the idea is that the words somehow create a “dialogue” with the paintings of Michaële-Andréa Schatt. The creators invest a lot of weight in these word-lists, intending them to carry meanings of history, theory, poetry, and technical design, to further the artistic contemplation of space, landscape, and garden. Schatt’s paintings don’t feature too heavily in the booklet; now that I look at her website, I find her landscapes and garden paintings are certainly colourful and lively, but also rather prosaic. There’s a slight tension between the loose sketchy paintings and the very precise word-art that’s going on here, but there’s also a certain poetry in the combined sound-effects (the use of rainfall is especially nice). The word-lists also have a certain resonance, even when translated from French into English; e.g. “Rustling Tessitura Linking Folding Creasing Beating”.

Secondly, we have ‘Double Exposition’, a work dated 2010 in which La Casa teams up with Seijiro Murayama. Famed Japanese drummer and improviser, Murayama’s work has appeared numerous times in these pages, I think most recently on Yan Jun’s elegant Postcards cassette. I see these two collaborated before on Supersedure for the Hibari Music label. This is another piece that’s very tied to the location where it’s made, in this case the Musee Zadkine in Paris; and once again the garden has an important role to play, The creators feel the garden space of this locale has been somewhat overlooked, a passageway on the way to other parts of the museum; so the plan is to emphasize the centrality of this space. In this way they hope to build a sonic replica of the entire museum, and confound the differences between inside and outside. It’s realised with a combination of instruments, percussion, voices, and microphones, and includes comments from visitors and onlookers woven into the very discreet mix. The editing has been executed with La Casa’s typical craft and attention to detail, with an ear very attuned to timbral differences. Fans of Murayama’s percussion work may feel slightly short-changed by these minimal beats and metallic scrapes, but let me tell you when he does play, he sure hits the right note. 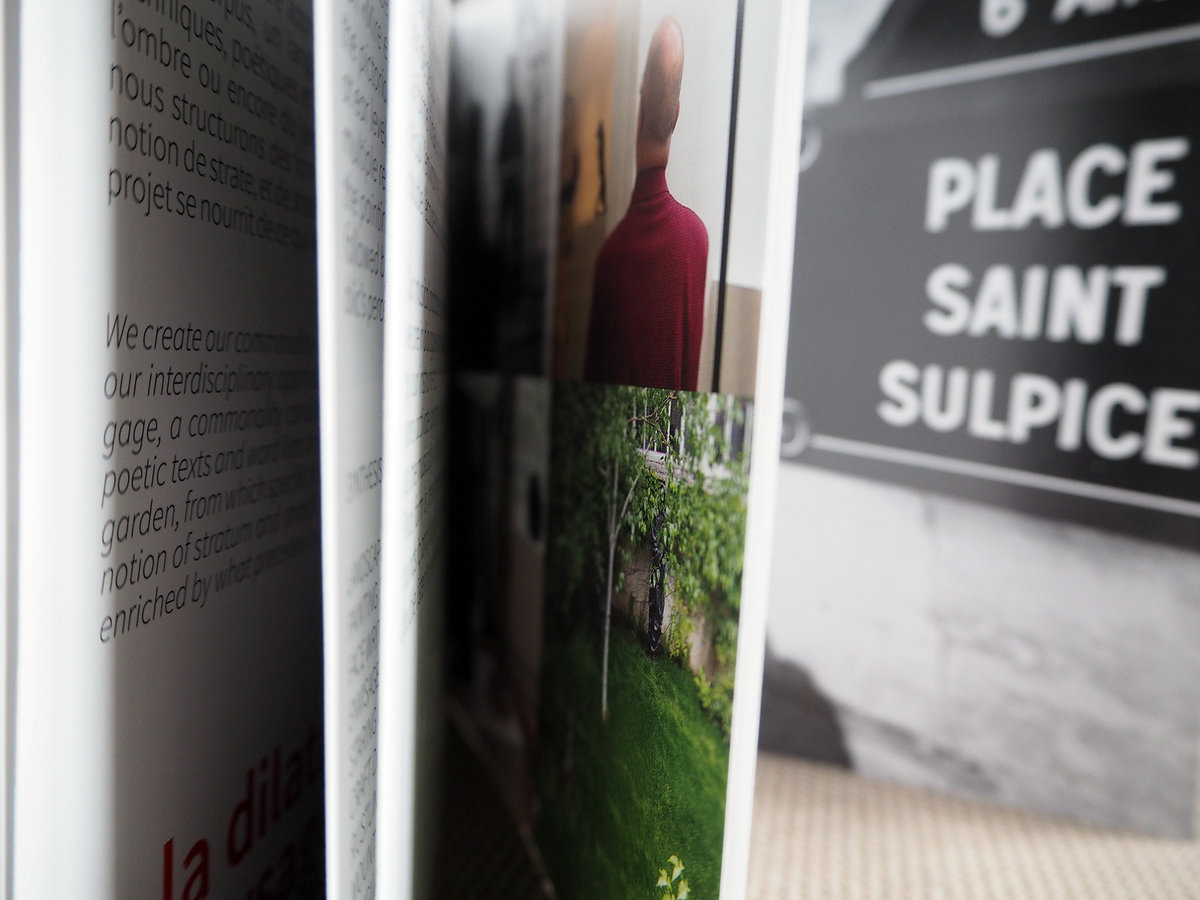 Track three is the most sonically rich set on the disc and certainly delivers when it comes to drama and tension, almost a mini radio-drama in 19:59 mins. It also has the most elaborate title, ‘Tentative d’Épuisement (Sonore) d’Un Lieu’. Dating from 2016, the partner here is Arnau Horta, a fellow based at the Universitat Autónoma de Barcelona. He is involved with sound art, but mostly from an analytical standpoint; his credentials place him as a teacher, critic, curator, and philosopher. The duo have set themselves a challenging task, an attempt to recreate the spirit of George Perec, who published a book in 1975 which recollected a catalogue of not-especially-interesting events around a small part of that famed city (Place Saint-Sulpice). I have never read a word of Perec, but admire the idea of someone prepared to document all these fleeting impressions of the quotidien in such exhaustive detail. It strikes me as sitting somewhere between Proust and Guy Debord. Naturally, great French intellectual that he was, he came up with a special word for it – “infraordinary“. La Casa and Horta both have their own sets of reasons for executing this work, and in their brief notes they also mention some of the challenges; “is that even possible?” exclaims the Spaniard, in a moment of exasperation. Possible or not, they have elected to try it, and the results are just fabulous. I love the kaleidoscopic effect of all this aural information colliding in unexpected ways, and compared to the other gallery-based pieces it’s a more all-encompassing vision, bordering on something as impossible as an M.C. Escher engraving. Without question, we can also align it with La Casa’s Paris Quotidien project, released in 2017. 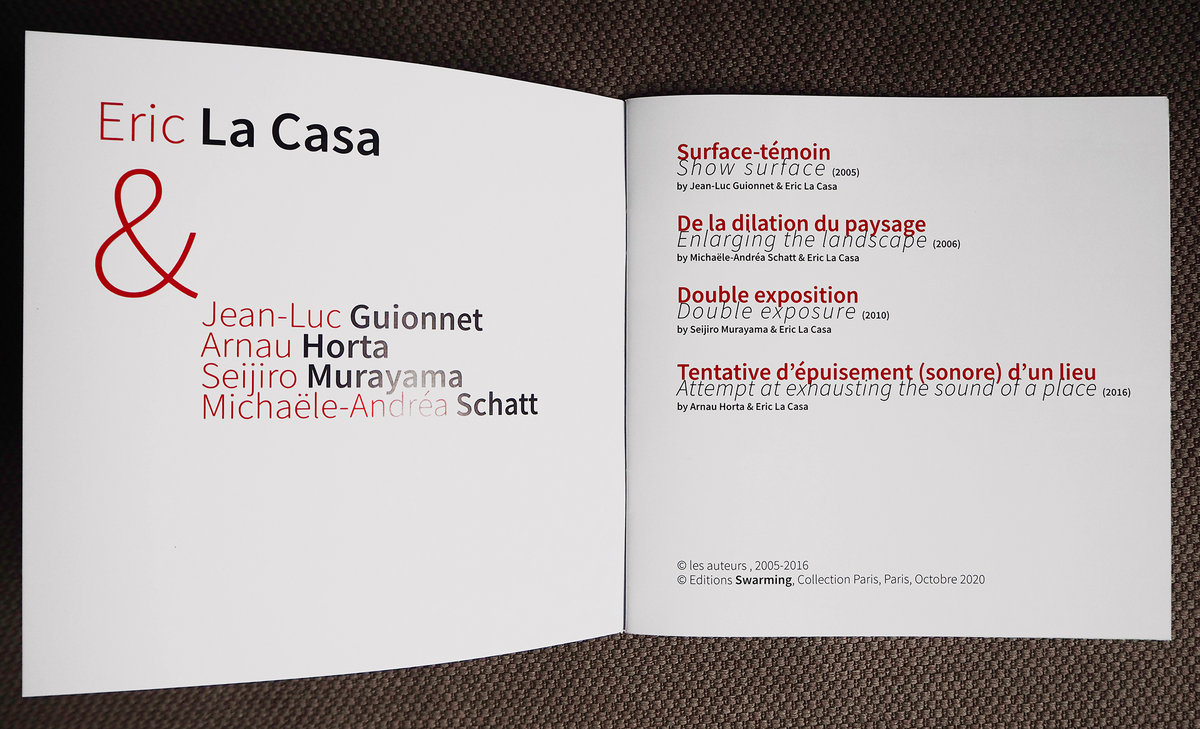 Lastly we have ‘Surface-témoin’ with Jean-Luc Guionnet, dated 2005. I had no idea these two have a history of working together, but they have been making collaborative records since 2002 and would seem to be ideally suited for each other. Guionnet’s recent very bold pieces have been very exciting in the way they make use of unusual interior spaces, sometimes for music performance as well as field recordings. This particular piece has been carried out with the rigour of a research project, and there’s even a protocole de création printed here which details the four steps in its realisation. A particular location is involved, and the work involved interviewing people to answer written questions about the building; their voices have ended up on the record. From here the investigation into the building grows more precise and exploratory, concerned with such things as dimensions, numbers, dates, and other measurable quantities. Then the materials – including both the building and the voices of the people themselves – are subjected to a scientific analysis, by an architect, a sound engineer, and a linguist. Finally, this accumulated data is used to build the compositional work, all founded on the basis of a sine wave tone with a harmonic structure (evidently it’s possible to express this in numbers) which exactly corresponds to the width of the building’s entrance. What’s relevant here, I think, is that we have a composition / installation that is very precisely aligned with its subject matter / location, and the means of its realisation; through it, La Casa and Guionnet hope to arrive at an integrated statement that brings together their interests in space, architecture, and sound art, while asking questions about the “meaning” of an entrance. They also like the idea of a threshold, a place that is half-inside, half-outside, a passage to something else; indeed that particular theme is answered and echoed by the other tracks on this compilation. 21:22 mins of layered and complex sound is the result, surprisingly approachable and transparent considering the multiple ideas and intensive hours of effort involved in its creation; if I’m reading it right, it’s about three days of on-site effort compressed into a single work of sound art.