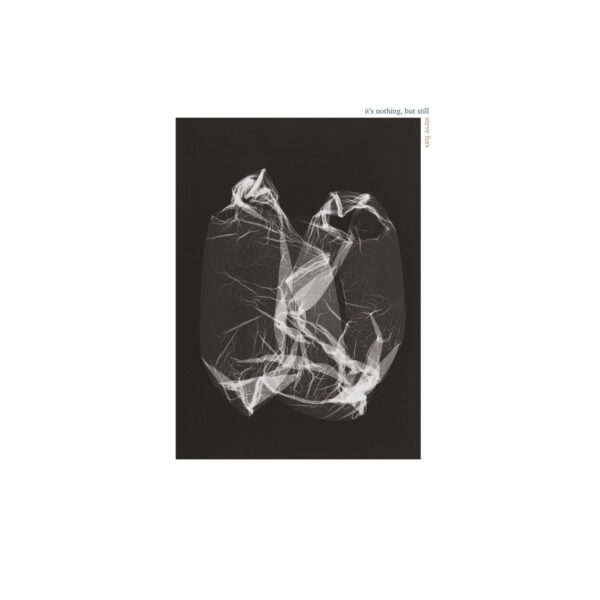 Starting his career as half of drone duo The Golden Sores with Christopher Miller in Chicago in 2008, multi-instrumentalist / drone and noise musician Steve Fors later moved to New York to perform and record as Aeronaut. Now based in Zurich, Fors released his debut album “it’s nothing, but still” under his own name on the Hallow Ground label just recently. “it’s nothing, but still” is a concept album based on the subject of breath, a personal issue for Fors who lives with a chronic lung condition. On Hallow Ground’s Bandcamp page for the album, Fors describes his debut as” a study in melancholy and transience” with sounds intended to call up memories, images or feelings in listeners, leading to emotional reactions universal in us all regardless of our current transient circumstances – in other words, this is an album is an aid for us in bonding together in our common humanity no matter where we are or what we’re doing.

Blending field recordings from often mundane sources with electronic and acoustic sounds that include cello drone, Fors has fashioned a densely layered work of atmospheric drone filled with sombre emotion and moments of drama. Even though the six tracks are structured and built up in similar ways, usually starting with recognisable field recordings and threading in layers of electronic and acoustic sounds, and cello drones especially, they all end up being very different from one another in mood and ambience. The title track builds up from traffic noises and a slow sombre piano melody into a mighty work of drone noise and a ghostly angel choir. Harsh electronics fuzz and buzz may be jarring but it’s a sharp counterpoint edge to music that might otherwise be maudlin and weepy. “unsound structures” is a darkly menacing piece that ebbs and flows with increasing tension towards a roiling storm chaos. Initially very sharp and hurried, “ground glass” features gorgeous scenes of warm radiant drone wash. “lead into aether” is another very beautifully beguiling track that starts baring its teeth as it continues and transforms into a restless and uneasy beast. Closing track “the way to heaven” perhaps veers a bit too close towards a sentimental and stereotyped portrayal of what the title suggests but enough harsh blaring feedback drone turns it into a robust piece and an unexpected field recording sample brings it all back down to earth in an emphatic finish.

Even though individual pieces are not long (though they probably could have been longer for a more immersive effect), they are stately and majestic, and they possess a monumental quality that remains even after they finish. Spinning off field recordings of everyday life – traffic sounds, snippets of conversation, a train going by – into ethereal soundscape realms, the music becomes a bridge between the ordinary on the one hand and the celestial and the universal on the other. At the same time, the album emphasises the link between the lofty and mundane in the way it ends and signs off, returning us listeners back to our everyday lives, perhaps with renewed spirit and energy to cope with the daily challenges of life.

I must confess that the album’s title reminded me of recent TV advertisements from a food company with the theme “Nothing Special” … but out of nothing special in those found sound recordings, something very special indeed has come forth.