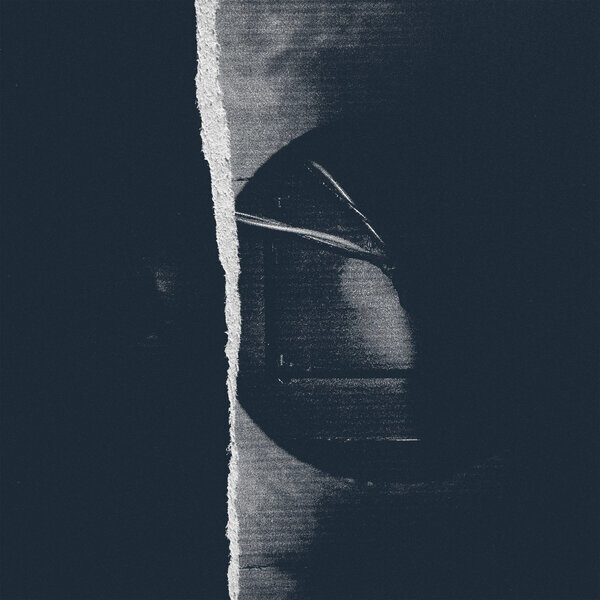 Intense record of thick, non-musical drone noise from HEXA on their Material Interstices (ROOM 40 RM4150); it’s a record created by both Lawrence English and Jamie Stewart, although the original impulse for the project seems to have come mostly from English.

English describes strange episodes in his personal life to do with disrupted sleep patterns, recurring dreams, and the unleashing of unexpected outpourings from the subconscious; he describes a lot of it with oddly specific and precise imagery, including pits, hatches, and things like submarine doors. What’s also unusual is that among the visual imagery, he also has clear memories of sounds associated with this bizarre recurring dream. Personally, i find that English expends far too many words describing this phenomenon, and attaches far too much significance to it, but it’s still extremely interesting. Jamie Stewart (who has also recorded as Former Ghosts, Teen Plaque, Xiu Xiu and many other names) might actually be the ideal sympathetic creator to engage in this sort of project; he too has had sleep issues, and his interest in probing the subconscious mind might be reflected in the series of file-based records he made in 2018 under the heading Drugs, all of which allude to altered states, dreams, travelling to other places, and being feverishly ill.

Together, HEXA have concocted eight tracks of grey, grinding non-music that somehow smothers the life out of everything and coats the listener’s entire body with a fine black ash; at the same time, it invites exploration of its hideously inhuman surfaces as they slowly churn away. I like the way it mostly refuses any kind of “musical” dimension, and insists on its own implacable presence. There are also poetic titles supporting the agenda, such as ‘The Exquisite Crushing of Atlas’ and ‘Tending Concrete Flesh’, or my personal favourite ‘Hallucination Liturgy’. Listen for yourself to determine if HEXA have succeeded in rendering these intangible and fleeting sensations in sonic form, but I wouldn’t suggest playing it when you’re actually delirious with flu or other viral infections.

Available in a “smoke” vinyl edition. We heard this particular duo previously with their 2016 album Factory Photographs. (08/11/2021)