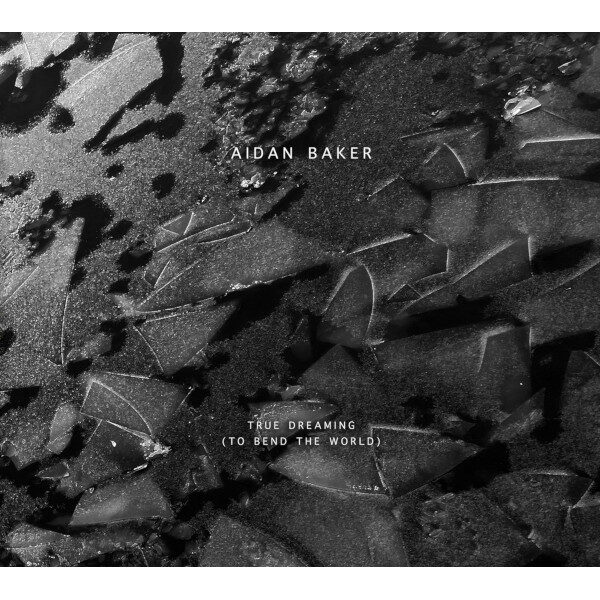 Aidan Baker has made True Dreaming (To Bend The World) (DISS004) which exists as a limited edition CD for the Italian label Dissipatio Records – possibly a newish enterprise run by the lovely Nicola Quirconi in Lucca, and home to the unusual Heimito Kunst record which we enjoyed, likewise Disrupted Songs by the arch-occultist of Italy Simon Balestrazzi (with Paolo Sanna).

Baker overdubs multiple acoustic and electric guitars, and his own voice, producing an all-but unrecognisable fug of slightly distorted sound and echo; in the resulting atmospherically-charged zones, he muses about such metaphysical matters as esoteric secrets, dreams, psychological revelations, the impression of entering other worlds, and generally entertains the notion that the physical world we perceive is little more than a shell, where the truth is hidden deep below the surface. The cumulative effect of these diffused sounds is somewhat cloying, and at times the album feels like a swaddling blanket of warmth or a cocoon, rather than an imaginary university for proposing philosophical notions; didn’t Baker used to be more dramatic than this? Even so, the mesmerising attraction is hard to deny on the longer pieces, such as the title track and ‘The Permeable Worldskin’, suggesting that he gets his best results in the long-form mode (as for instance when recording as Nadja those many years ago). (12/11/2021)