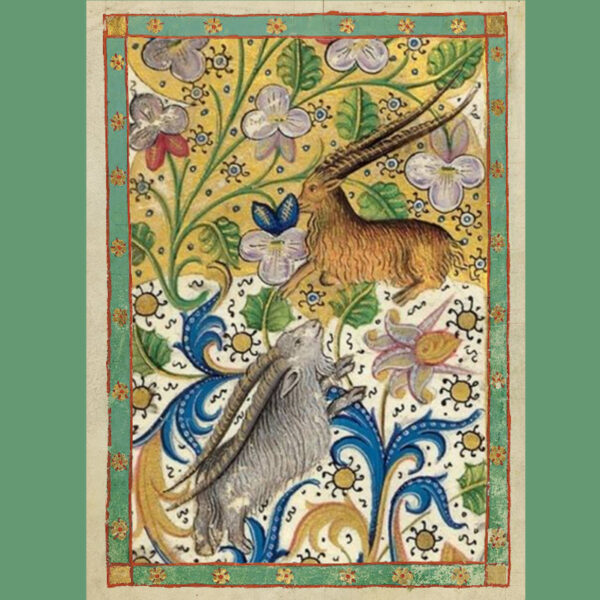 Originally released in 2019 in two tape pressings that quickly sold out, this debut work (and as far as I can tell, the only work) from Meadowgoat has been picked up by Boston-based black metal label Realm and Ritual for a vinyl LP release in early November 2022. The album imagines the world of a meadow as an active biosphere in which numerous creatures and other entities live entire lives in a never-ending cycle of birth, death and rebirth. Just as birth occurs almost continuously, so too does death, and for many critters that means violence, parasitism and a desperate fight to find food and at the same time avoid being eaten are their daily lives. While generations of individuals rise and fall, their species maintains itself within the biosphere through their behaviours, individual and collective, and at the end of the day – or night perhaps – what matters is that their entire world in which all species have their place still exists.

Though consisting of six individual tracks, the album is best heard as one continuous work of warm summery ambient noise and dungeon synth. A surprisingly powerful and melodious world of gritty noise and drone greets your ears and quickly envelops you in its warm sunshine charms. Field recordings do exist in the droning buzzy soundtrack somewhere but to be honest I don’t really care where they are on the recording as the entire album is hypnotic and entrancing.

The track titles suggest a narrative that brings listeners from the edge of the meadow deep into its universe of plants, fungi, insects, other invertebrates in the air and the soil, and amphibians in the form of croaking frogs and toads. Individual tracks may be short but they are dense with layers of melody and noise, suggesting that behind each species of animal or plant the music is named after is a huge network of relationships that ultimately links the species and the individual entity within to the meadow universe. The album closes with a quiet piece “Erthwerm Waits” that brings all animal and plant life, no matter how varied and diverse it all is, back to their maker while listeners marvel at the universe they have been privileged to visit.

Who would have thought that such a warm summery album of nature could be created with such dark materials as noise and dungeon synth?