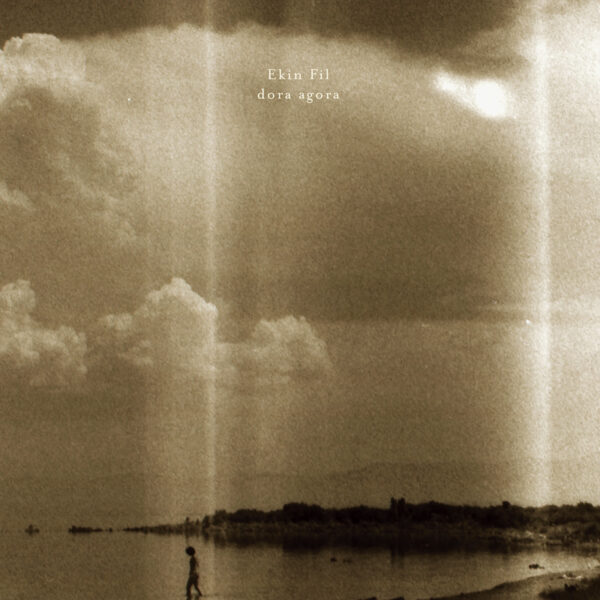 Having been active for over 20 years as a composer of ambient drone folk pop songs, often of a ghostly nature, and film soundtracks, initially using guitar and then moving onto keyboards, synthesisers, organ and other instruments with potential for tugging at the heart strings, Turkish musician / singer Ekin Fil returns to her first instrument on her eleventh album “Dora Agora”. It’s a short work and a very sparse one at that too, so insubstantial in its sound that in parts it barely seems to exist at all except as fleeting shadow impressions – and yet it draws you deeply into a distinctly intimate and dreamy sound world of just Fil, her guitar and a few ambient electronic effects.

Initially the whole album seems easy to digest with all songs of soft lilting acoustic guitar melodies cloaked in gentle reverb and sung by Fil in a wistful dreamy manner in a shadow world. With the exception of the title track and the last two songs, most tracks fall short of the four-minute barrier and they all present as fragile and unstructured, borne along by Fil’s voice and her simple guitar melodies. Yet the care with which she veils her songs in ambient dream shadow and melancholy, the attention given to their details (including the ambience and the emotion) and the precision with which she performs make these songs seem as though they have always existed and always will exist, delicate though they appear. The tunes themselves have a classic feel that transcends genre and time, and this universality is reinforced by the way Fil sings them, almost at the cost of straining her own voice range on some tracks.

Recorded during the recent global COVID-19 pandemic lockdowns, this album is a world of ethereal, fragile and lonely beauty with remarkable emotional depth, particularly in the last two tracks “Farba” and “Yo Feelings”. I don’t wonder that, not for the first time and certainly not for the last, the Helen Scarsdale Agency has picked up this recording of wistful dream folk pop. It repays repeated hearings with atmosphere and feeling too deep for words to convey – you simply have to listen to the album to appreciate what Fil has created.