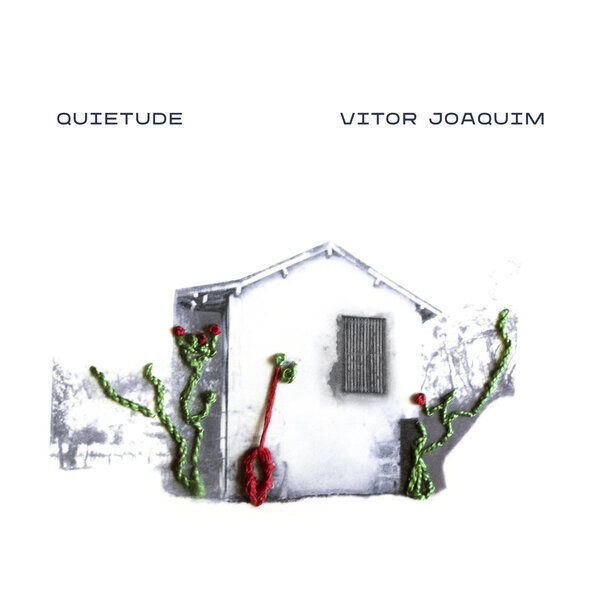 Portuguese composer Vitor Joaquim found time to reflect and develop an inner peace when staying at the Casa do Paço in Vila Meã, where he had the time to stretch his arms, breathe in the air, and simply listen to the natural and simple sounds around him. He communicates his experience on the record Quietude (NO LABEL), a series of very delicate drifty pieces made by combining his voice, piano, keyboards, synths, and glitchy elements into very layered semi-ambient works, sometimes sampling the trumpet playing of João Silva.

Field recordings from the countryside do appear sporadically, though perhaps not quite as much as you’d expect; on ‘A Vessada’, for example, the vivid sound effects seem to tell the story of a walk through the countryside with water sounds, footsteps, and cock crowing, to the accompaniment of a slightly ominous drone and murmuring vari-speeded voices. On ‘O Tanque’, the sound of water running into the sink somehow becomes something quite profound, as Joaquim’s distant piano makes its hesitant observations from the conservatory some distance away. If he simply wanted to portray the sense of “space”, both indoors and outdoors, he’s succeeded in that and even managed to sketch a semi-romantic portrait of his observations during this spell of quietude. However, there’s also a connection to the literary works of Agustina Bessa-Luís, the noted Portuguese author who was first published in 1954; she too stayed in Casa do Paço and the space was used to inspire some of her fictions.

At times quite transcendent and almost unreal in its fleeting visions of beauty…the very idyllic nature of Vitor Joaquim’s record is reinforced here by the artworks of Carolina Martins, especially the charming front cover image. (18/11/2021)