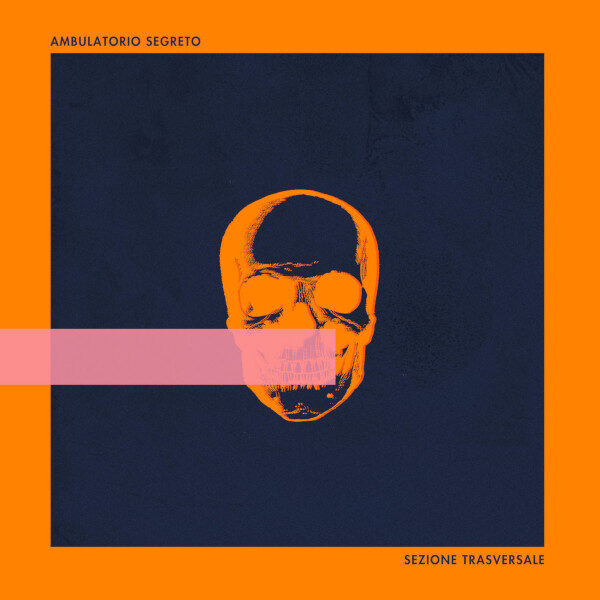 The LP by Ambulatorio Segreto is the latest chapter in the stories of Miguel A Ruiz and Siegmar Fricke, whose musical history is slowly being revealed by the Spanish label Verlag System. We’ve heard previously two exciting solo records by Ruiz, Orféon Gagarin and La Noche Del Anhídrido under his Funeral Souvenir alias, both of them rounding up choice morsels from the period 1986-1987; we’ve also heard about how Fricke hooked up with him and became a long-standing friend and fan. Then there was the Glandular Formations record by Fricke (recording as Bestattungsintitut) which compiled some of the more disturbing and uncanny moments from his ZNS Tapes label from 1988-1990.

So it seems the two of them went on to form the band Ambulatorio Segreto, joined by the Italian player Stefano Barban, and they recorded between 1988 and 1993. Stefano Barban also had a solo career in the late 1980s, making music variously described as experimental, ambient, or industrial, plus he was a member of Abra Had Abra, Spin, and Lvnvs. Today’s album Sezione Trasversale (VERLAG SYSTEM V027) compiles 13 tracks from a number of releases, mostly cassettes, originally appearing on Toracic Tapes or Bestattungsintitut, although by 1992 they’d managed to put out Moronic Music for Old Europa Cafe. Some of the original tapes covers are reproduced on the insert here, along with the requisite found images of anatomical engravings to suggest painful surgery, a familiar 1980s industrial trope; even the front cover has a skull image. What struck me on today’s spin was how accessible the music is, relatively speaking, often veering closer to melodic electro-pop than all-out abstracted noise and menacing doom. But the keyword is still experimentation, and it’s fair to say you’re never quite sure what this trio will do next.

After opening up with four tuneful tracks with a catchy beat and a decisive keyboard melody, the LP starts to spread out the more exotic and surreal items on its stall; short collage bursts, with strange speaking voices, leading us into the freaky nightmare of ‘Neuroconnector N1’. With its clonking drum machines, crazy electronic sounds, and heavily treated voice samples babbling delicious gibberish, this 1990 track might come close to encapsulating the Ambulatorio Segreto sound, and its mission statement, in less than three minutes. However, as the press notes remind us, the band’s “musical style was never clearly defined”, and although you can point to certain methods in the construction of these electro-weirdies, such as tape loops, voice samples, beats, ambient sounds and strong keyboard melodies, the cumulative effect of this whistle-stop tour through five years of music reveals a set of restless spirits, eager to try anything and everything to express the nameless urges that sat under their respective hides. To me, it feels like the Ruiz-Fricke axis was very successful in creating a form of music which is, in some ways, an improvement on their respective solo styles, and the blending of personalities has resulted in some excellent ideas, with a palpable sense of tension as the elements pull in multiple directions in these sizzling, beat-driven brews of psychic swill. It’s entirely accurate for the press notes to call this album a “schizophrenic amalgam”, given the patchwork nature of its assembly and the wide range of mental episodes it represents.