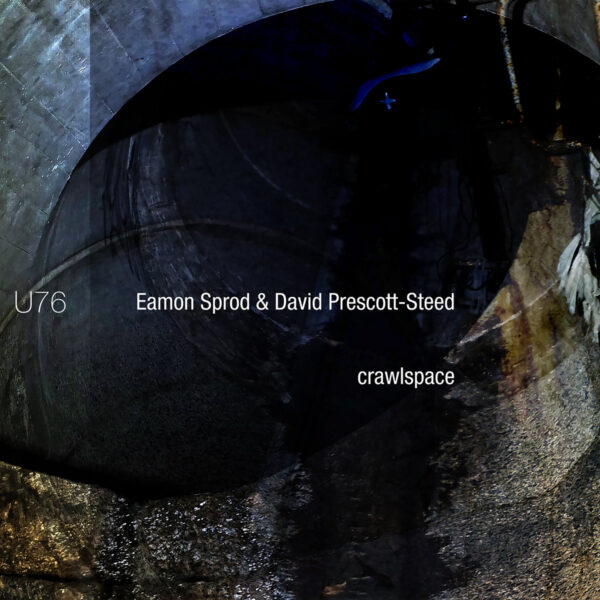 Armed with their microphones and recording equipment, two intrepid Australians Eamon Sprod (Tarab) and David Prescott-Steed ventured down into the stormwater drain known as Bell Stairs in Coburg North, a residential suburb some five miles north of Melbourne’s CBD (or downtown area), to record the sounds that impact on and reverberate through this tunnel with the aim of describing a space (or at least its ambience) through those sounds and their vibrations. To some folks, this may seem a pretty daft or self-indulgent venture, not to mention foolhardy or dangerous even, to describe a physical structure purely or mainly through second-hand sonic media. As Sprod and Prescott-Steed admit, the sounds they did find and record represent a small part of the sonic landscape within the long and narrow Bell Stairs tunnel and what it was like to travel through it. But hey, someone has to do it if only to satisfy his/her own curiosity and the curiosity of others, and (in time-honoured Australian tradition) maybe claim a bet.

As it turns out, the soundtrack the two urban explorers created from their collection is more varied and interesting than might at first be imagined. Yes, there are plenty of water sounds, lots of echoing metal sounds, and the distant noises of traffic. At the same time, there were periods of total and near-total silence, and during these periods Sprod and Prescott-Steed became aware of the sounds they were making: their breathing, their steps, the movement of their clothes as they walked or crawled along, even their own internal body sounds like beating hearts and groaning stomachs, and the echoes and other reverberations generated as a result. Some of these sounds, made possible only by (paradoxically) a silent background, have been captured for the recording as well.

The entire work is well organised, with spurts of noise alternating with passages of near silence so that even listeners might experience a little of what the duo experienced down in the tunnel: a heightened awareness of their own body sounds and the sounds made by their own movements, and the conversation such sounds generated within the tunnel through echoes and other vibrations. If there’s a criticism to be made about “crawlspace”, it may be that perhaps it is rather long, and we probably don’t need to hear repeated episodes of the two men splashing about as they stomp through the tunnel. Those of you expecting Sprod and Prescott-Steed to find an underground community of humans living like Morloks, a secret lab making crystal meth, piles of gold bars, espionage equipment or the Ninth Gate to Hell may be disappointed – the two explorers didn’t find any such strange goings-on but the sounds and ambience they did capture have their own strange qualities.