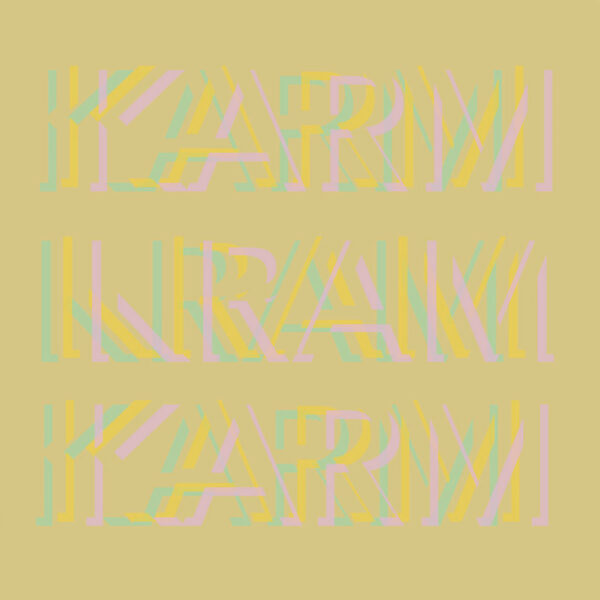 Another impressive album from Torsten Papenheim, that Berlin-based genius whose recorded output is very hard to classify. He’s here today as one half of an ad-hoc duo Karm, teaming up with Michal Wróblewski from Prague, and their album Kram (MA RECORDS M 15) has been issued on a Czech label.

I’ve been consistently impressed by the quality of Papenheim’s work, and also constantly surprised by it; from him, we’ve heard what might be called intelligent guitar noise, jazz compositions (sort of) for a small chamber group, and more recently the ingenious and elaborate structures of Hellerau, an intricate set of related compositions again played by a first-class group. Today’s Kram may not have anything to do with the above, and at first gazoon it resembles the sort of open-ended reduced-playing improvisation you might associate with Phosphor in Germany. But after six or eight minutes you’ll soon appreciate we’re dealing with a far more slippery lizard, one whose scales rub off in your hands and leave behind a multi-coloured glow. With his woodwinds (alto sax, clarinet and bass clarinet) Wróblewski manages to negotiate that narrow path between breathing and playing, where the very sound of his breath is as much as part of the performance as any musical notes that may creep out from his nocturnal bells. Although I feel I’m waiting a long time for any such notes; it mostly feels like a textural carpet of organic sounds and whispers, sighs torn from the pages of an old book of spells, hopefully found in the streets of Prague as a charm against the Golem. Guitarist Papenheim likewise seems to confine himself – or rather he adheres to a set of disciplined rules – rules that permit a few recognisable guitar-like sounds, but the overall preference is for steely clonks, ambiguous splinters of punctuation, and gestural strums that make a mockery of conventional guitar playing. I may be making this sound like just another minimal improv album, when in fact it’s very far from that. The duo are evidently engaging in a very rich and productive conversation, even if the language used is largely unfamiliar to the likes of us.

Other points of note: all the music is acoustic; it was recorded in a single day in June; the press note reports that the players are “playing together in their own strict idiom”, a phrase which strongly suggests an agreed set of rules, or at the very least a friendly conversation about plans and pathways before the tape recorders were turned on. A lot of musicians, especially in the improvising genre, do speak of making maps or exploring unknown territories, but Karm seem to be proving that the metaphor is more than just a clever aphorism. I sense there’s something genuine about these excursions because of (a) the rather diagrammatic, simplified nature of their agreed maps; and (b) the slight hesitancy in the playing that sometimes appears, as if each is thinking “is this the right way to go?” This latter tendency possibly indicates a degree of humility on the part of our players, a trait which I welcome. To that list we might tentatively add value (c), which would require a few more paragraphs to explain fully, but I’m thinking about the “unfinished” feeling of each piece; I feel I’m left hanging at the end, as though the story ended abruptly, or there was more information to impart. An enigmatic question dangles in the air. Whatever the reason, both players see fit to leave off, and what remains is the bare bones of an argument or a proposition, one that might be revisited, by them or by future listeners, as a springboard for further ideas or development.

Even the name of the duo is loaded with possibility (or simple wordplay) – in the Estonian tongue, the word “Karm” can carry a variety of meanings, ranging from “rough, cruel and short” to “strict, austere, and stringent”. The music is evidently intended to embody and advance all of these qualities, and variations of them, with its tough-minded structures and its overall tone of severity. Astonishing work. Arrived 10th January 2022.