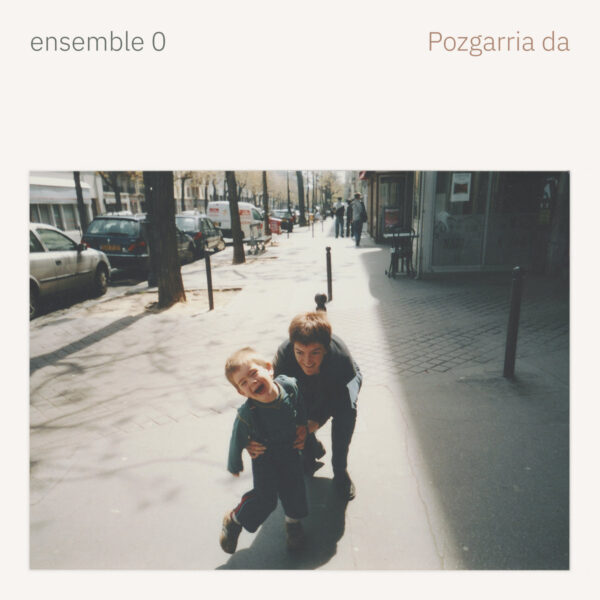 Unusual album is Pozgarria Da (BELARRI KD-2021-02), a musical setting for the Basque poems of Father Bitoriano Gandiaga…it was composed by Petar Klanac, a Canadian composer born in Montreal who studied under Gilles Tremblay in his home country, and then later with Gerard Grisey in France. It’s also interesting that nine years of his life were spent singing at Saint-Joseph’s Oratory in Quebec, and this Catholic dimension may have some bearing on today’s record. It’s played by Ensemble 0, led by its founders Sylvain Chauveau and Stéphane Garin; active since 2004, this French group recently did a splendid job interpreting the music of Julius Eastman on Femenine.

Garin it was who commissioned this work; the brief presented to Petar Klanac was to create a piece for voice and gamelan, making use of medieval instruments. Klanac evidently threw himself into the task, and thought long and hard before settling on the rebec, the nyckelharpa, the tromba marina, and the chifonie. This last item is a sort of hurdy-gurdy, although on this record’s rendition we seem to have ended up with four pipe organs (whose sound may have been modified, or created, by computer software). The gamelan elements haven’t resulted in a great deal of percussion on the record, as might have been expected, and for the most part Pozgarria Da is slow, reflective, and even melancholy in tone. We could add that Ensemble 0 are not, apparently, aiming for any kind of “authentic” vibe with the use of medieval instruments, by which I mean they shouldn’t be mistaken for the David Munrow and his Early Music Consort (one of the pioneers of playing early music on genuinely old instruments). In fact I’m not entirely sure why medieval instruments feature at all, especially as the poems of Father Bitoriano Gandiaga are from the 20th century.

Which brings us to the work of this unusual monkish fellow who was born in the village of Mendata in the Basque region. He spent his life in this region and, besides teaching the language in secondary schools, wrote all his poems in Basque. Part of the commission for Pozgarria Da evidently involved making use of these poems; Petar Klanac was guided by two friends who introduced him to the work of the poet. Again, he threw himself into the task; he enlisted help from the Institut Culturel Basque so that he could better understand the idiom, and then asked a translator to put the poems into French so he could understand what they meant. Matter of fact, it’s fair to say the work began with the poems; Klanac’s task was to provide a totally sympathetic musical setting, one that must be “in the service of the poems”. For us non-Basque speakers, English texts are provided in the booklet, and Klanac’s takeway is that Father Bitoriano Gandiaga expressed a very benign view of the world, a place where a human being would be glad to be alive yet also aware of the transience of everything, and that life and death were as natural as night following the day. There’s also a subtext of a connection to one’s ancestry, one’s identity, through the metaphor of land; the earth is literally the “motherland”, according to this man. Klanac wishes to stress the childlike simplicity of Gandiaga’s poems.

Interestingly, others have interpreted the poems differently, finding them full of tension and even a certain existential doubt, a tension which this devoted man resolved through his Christian faith, a subject on which Klanac remains silent. Far from being naive and childlike, the imagery in his poems carries a lot of oppositional elements, the most notable being the dichotomy between the city and the countryside – Gandiaga saw the city as a threat, invading the peace of the country. There was some basic contradiction, or frustration, about the Basque region which he couldn’t quite reconcile. Very little of this struggle, if such it was, shows up on Pozgarria Da, but the music and vocalising do have a certain gravity and solemn air which is not inappropriate.

I think there may be one too many barriers – musical, cultural, linguistic – that prevent me enjoying this as much as I ought, and it could be that Petar Klanac’s insistence on jumping through 18 hoops has blunted the force of his artistic intention. But he has certainly shown due diligence and respect in engaging with the commission, the medieval instruments, and the poetic sources. From 11th January 2022.