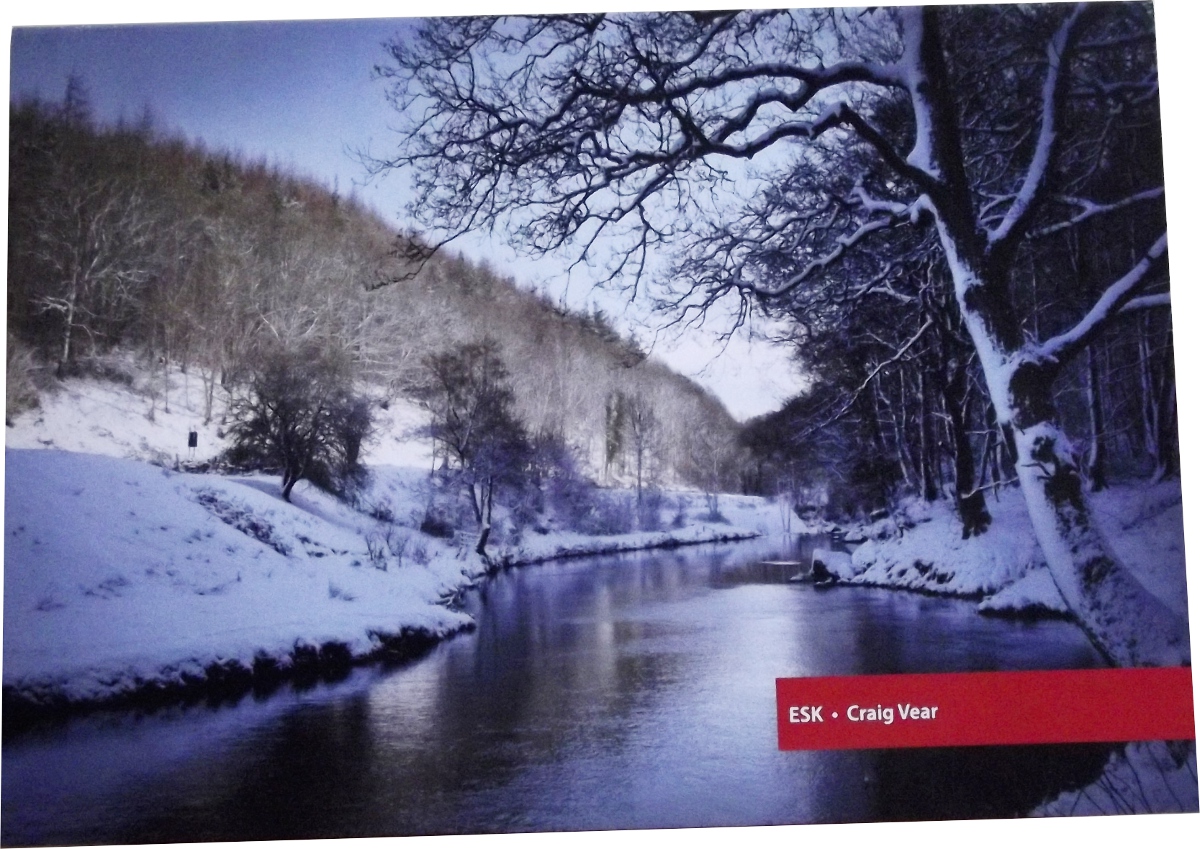 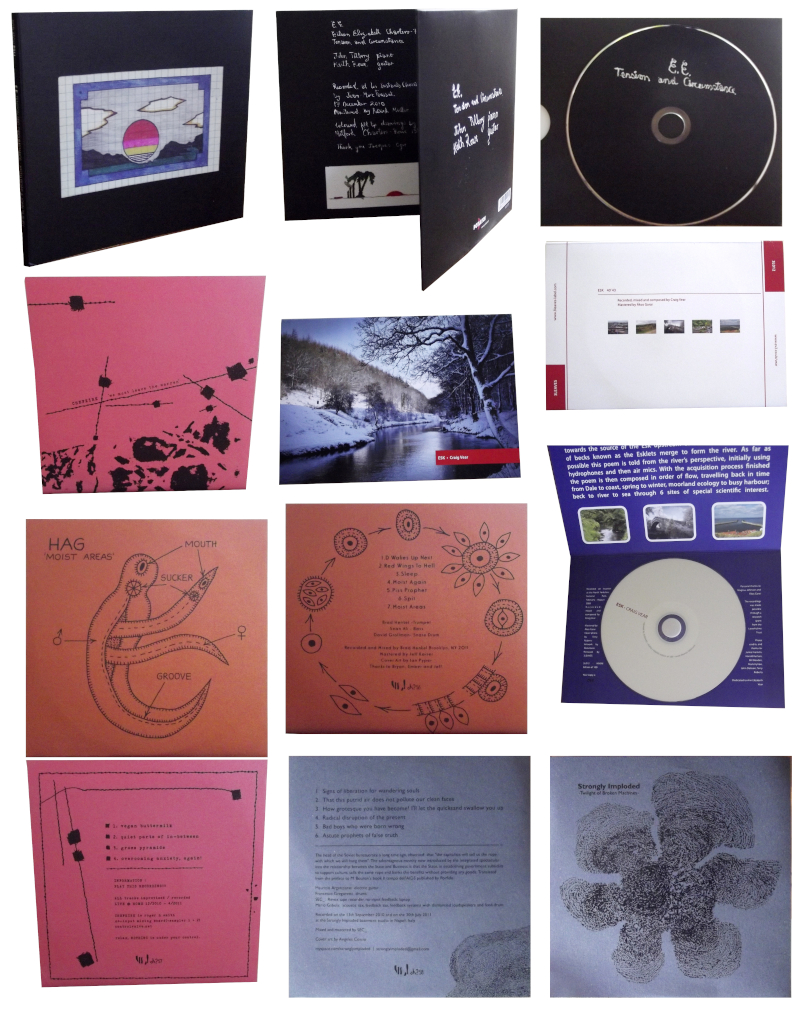 Got a fine hour-long performance here by the mighty English duo of Keith Rowe and John Tilbury, two men who can in all fairness be designated as architects supreme of the genre of what we have come to understand as “free improvisation”. Followers of their music will of course know how they have evolved, transformed and refined their playing across the course of many years. AMM were capable of being incredibly noisy in the 1960s. Rowe and Tilbury, either singly or together, have been getting quieter and quieter over the last 10-15 years. One notable instance of their intense simplicity (one might almost say bleakness) was the 2003 double-disc set Duos For Doris, a release that’s come to be regarded by many as something of a benchmark. The recording session coincided with the passing of Tilbury’s mother and the music was suitably darkened, melancholic, and forlorn as an old letter stained with teardrops, or a room with the faded lace curtains drawn. Sadly this present release is another maternal elegy, dedicated to Rowe’s mother Eileen Elizabeth who was born in 1914 and died in 2009. Like Duos For Doris the music on E.E. Tension And Circumstance (POTLATCH P311) is stark, slow, minimal, and evokes a stern and sober mood which commands respect, a funereal atmosphere which is so intense and private that the listener feels almost like an intruder, as though our presence here were quite inappropriate. For the first third at least, the music is that brittle and delicate – a sheet of ice that barely supports us above the cold torrents of grief and sadness that lie beneath. At various points thereafter the musicians do allow a slight increase in warmth, occasion and event – resulting in a few more musical notes per square inch, the droning intensity of a strummed / fanned guitar string, or a second or so of short-wave radio humming. But it’s like the ghosts of AMM past. After we have driven through a tunnel of cavernous half-noise for about ten minutes, we arrive at the skeletal ending, where what little music there is left is gradually picked away from the bones, and there’s an intense bleaching process that carefully removes all presence of sound from the arena. This is done so slowly and deliberately it’s as if in accordance with the precepts of a Catholic rite, or an unnamed theatrical ceremony by Samuel Beckett. A remarkably poignant statement: I would like to think it empowers us all to face death or old age with dignity and courage. It was recorded in late 2010 by Jean-Marc Foussat, himself a fine musician and veteran of recording free improvised music (he taped Company events in the 1980s), and the felt-tip pen drawings are by another Rowe relative, Milford Charters-Rowe who died in 2008. They add colour to the otherwise all-black sleeve.

English field recordist Craig Vear has documented what he knows about the river Esk in Yorkshire on Esk (3LEAVES 3L012). In fact from his notes on the project, it’s clear that there’s very little he doesn’t know about the area, and he has probably tramped his hiking boots over this stretch of terrain more times than I’ve walked around my back garden. Harbours, river to sea, the changing of the seasons, the merging of springs into river, scientific interest sites; all of these feed into his carefully structured composition. He’s confident enough with his material that he presents it all backwards, as it were; the content was recorded in reverse order, and we are travelling backwards in time through the seasons and away from the source of the river when we hear the final playback of the work. Through judicious choice of technology, hydrophones and air microphones, Vear aims to reveal nature’s truth from the perspective of the river itself. He is quite clear he regards his lucid work as a “poem”, and indeed what shines forth is an incredible lyricism about the beauty of nature which never descends into sentimental twaddle. But he’s also bringing knowledge and understanding of the geography and ecology of the area, which deepens and enriches the work. Vear impressed us in 2010 with his Aud Ralph Roas’le record for Gruenrekorder, which made great capital from the vicissitudes of the English weather. Here, he makes an honest and clear statement about nature which is gorgeous to listen to. 100 copies limited edition. Arrived here 16 January 2012 from Budapest, courtesy of Akos Garai and his label.

Received a bundle of seven CDRs from Bryan Day and his Eh? label in Decorah, Iowa – they arrived 6th January 2012. Here are three of them. The Brooklyn trio Hag are doing interesting things with just a trumpet, bass and a single snare drum on Moist Areas (EH?56), as it were reducing a traditional jazz trio set-up to an atonal sound-production unit concerned with issuing forth rumbles, groans and agitated utterances from the lower registers. The snare drum in particular is most effective – it’s rarely struck, often rolled and rubbed to make it sigh like the stomach of a wounded bear. The freely improvising threesome of Brad Henkel, Sean Ali and David Grollman tend to eschew minimalism, and seem at their happiest when all three are letting rip at once with grumbly snorts and errant percussive bleats. The eight-minute ‘Moist Again’ is a real corker on that account, but so is the title track; it’s like hearing your favourite Pharoah Sanders records played at half-speed on a Dansette, while someone is also sawing the Dansette in half with a blunt instrument.

Chefkirk is the American Roger H Smith, whose insane electronic music I first heard in 2003 with the release of 38-40cm. On We Must Leave The Warren (EH?57) he’s working mostly with a no-input mixing board and a sampler on these home-produced recordings from 2010 and 2011. He seems mainly concerned with the generation of deep electronic sighs and yawns, which fill the space of the warehouse where he’s currently building his 30-foot tall mechanical man. You may find yourself growing impatient at the apparent lack of development in these minimal sub-bass droners, but the single-mindedness of his mental trajectory has a certain grim appeal. I seem to recall his music being somewhat more agitated than the languid and unhurried tones on offer here, where each track takes about 11 or 12 minutes to traverse the metal-tiled floor rolling along on small mechanised wheels like a tiny vacuum cleaner. But check out Chefkirk’s back catalogue and I’m sure you’ll find instances of livelier digital mayhem; he’s a prolific guy.

Strongly Imploded are a loopy Italian quartet of players noted also here. On Twilight of Broken Machines (EH?58) they summon up an unholy cacophony with their unique live improv setup of guitars, saxophones, tape recorder, drums, and feedback. There’s a no-input setup to generate feedback, and a more complex feedback system which uses loudspeakers and drums in some ungodly fashion, as if devised by the bastard child of Max Neuhaus. Even Mario Gabola’s saxophone is made to feedback in some way. If this description gets your mouth watering in anticipation of an album full of loud dissonant squeals, you might be surprised at the degree to which these four young men manage to harness and control all the rampant feedback that was slithering around their basement performance space in Naples in 2010 and 2011. If they could pour it into jars and export it as a form of pickled jam, I’m sure they would. Midway between extreme free improv and harsh noise their music sits more or less, as fidgety as a schoolboy sent to a year below his normal grade, and bearing all the attendant resentment against authority you might expect from that scenario. Strongly Imploded flail and crash with frustration and raw anger as they create their percussion-heavy outbursts, throwing a controlled tantrum and wallowing in their own bitter puke. I always enjoy their surreal and contrived track titles, but even these seem to be dripping with attitude and sarcasm. How grotesque we have become, indeed.