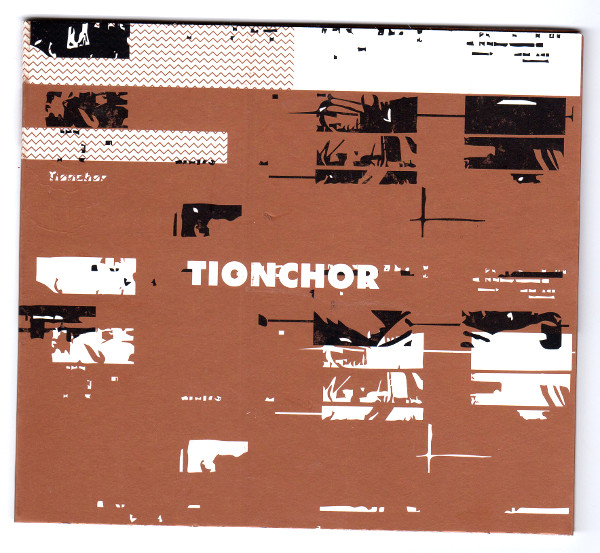 Here we are with CD four from the P16.D4 box set Passagen (MONOTYPE RECORDS mono58). Head P-sixteener Ralf Wehowsky seems quite proud of the fact that the band had been asked since 1982 to contribute to compilations issued around the strange murky globe of industrial noise friends and neighbours. Matter of fact they were doing comps before they even released their first proper LP in 1984. Tionchor gathers together a bunch of these tracks…did someone say it’s a compilation of compilation tracks? Maybe not far from the truth, although it’s just the tip of the iceberg 1 as far as RLW is concerned, and represents a “best of” of submitted tracks made from 1982 onwards. They decided to gather the material for Tionchor in 1986 and it came out as a vinyl LP, although when it got reissued on CD in 1997 they added three bonus cuts, and now there’s one more additional bonus track for this release. How many of you can dip that deeply into your reserve barrels? These tracks originally appeared on records with such tremendous titles you can imagine they’re not only ridiculously rare 2, but if you ever played them you’d probably go completely insane. Dry Lungs, Mail Music, Anthems, Hate’s Our Belief, Bad Alchemy, Cadavres Exquis, and Magnificent March of the Dead Monkeys. The years 1982-83 musta been a great time to be alive, assuming you were an alienated pariah weirdo who loved ugly sounds on records with hideous cover art and wanted to kill yourself in the first place…

Musically, this CD kicks off with some six or seven short tracks that in P16.D4 terms are almost like pop music; a lot of bass guitar, electronics, and drums, treated voices, and plenty of that abrasive scratchy noise which sends hackles up the neck of a white rat. There’s plenty to savour; innovative mischief in the editing and assemblage, and the fact that the performances are pretty fundamentally crazed to begin with. ‘Setebos’ is one particular gem of completely wacked gibberish, on which a chair and percussion loop feature heavily, and the combination of harsh hostile voices (one shouting, one giving very strict commands) has rarely been bettered by RLW and his crew. ‘Inkubationskreise’ is another monstrous burst, which in places achieves the ultra-heavy distorted rock beat that Faust strove to master in the 1970s; this one’s a live version of their own (as PD) song ‘Progressive Disco’, recorded in 1980 and rejigged in 1983 with extra elements mixed in. Needless to say their idea of “progressive” in this case is a force that progresses both the genre of disco music, and its listeners, over the edge of a cliff.

Some other standouts: ‘Bürgerliche Illusion’, two minutes of dark illogical madness featuring a heating system and a tuba; a classic example of wild cut-ups somewhat typical of “that” period, creating delicious shocks for your ears with its timbral clashings. ‘Strauchlende Saulen’ which is historically the first recorded example of their “Improvised Musique Concrète” approach, using lots of radios, percussion and live electronics to startle and sicken the listener. ‘Okay She Said…’ which is a rare appearance of the P16.D4 rock trio playing drums, bass and guitar, but sabotaged and recut into two minutes of sarcastic, pointless absurdity. It not only makes you question the point of rock music, but makes you question why you’re even alive. And the astonishing sound of ‘Virtuell Ausgemerzt’, another of the band’s excursions in combining concrete noise with conventional musical instruments; a drippy electronic organ does battle with angry sawing teeth, and may not come out a winner. This track had a long life, recycling-wise: it uses the same basic material as that found on the Nichts Niemands Nirgends Nie LP, and appeared in some form on two separate compilations (both on the German Dom label), on one of which it was mistakenly pressed backwards. Even this version has been “restructured”.

With this constant insistence on remaking and restructuring work, RLW must be intent on making it impossible for future archivists to retrace his steps; his own personal “audit trail” is complex to the point of bewilderment 3. Who knows who did what, and where the original music began? I suspect this profligate creativity is all part of the disorienting master plan; after a while, even the fabric of reality itself is called into question.