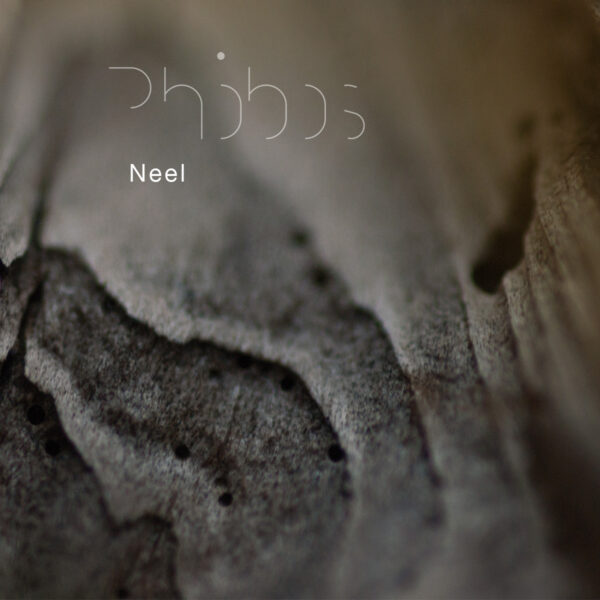 Ruthless cosmic expanses echo across those domestic with this monolithic menacer: producer Neel’s Phobos takes its title from a Martian moon (as well as the combative son of Greek gods Ares and Aphrodite) and conducts its inscrutable rounds without haste or apparent motive, but like its namesake, with a lack of fanfare darkened by its etymological connection to the seat of our phobias. Like the movement of that lunar body, Neel (aka Giuseppe Tillieci) takes leave of the naturalistic ambient techno of his Voices from the Lake collaboration for a 60-minute transmission of deceptively low-key, minimalistic electronics, which certainly exceed my own expectations of ‘space ambient’ recordings. No, Phobos reveals itself without haste, its distinctions coalescing, new details emerging and old ones assuming grander proportions as early on as the swirling opening section ‘Post Landing’; its black-on-black lines of Jack Kirby-style cosmic radiance conveying us calmly through a cosmos pregnant with foreboding, and decorated by fleets of myriad passing objects.

Actually, I must admit to finding the atmosphere more reassuring than perhaps intended, if the invocation of Mars’ warlike scion betokens dread. In fact there’s an occasional warmth that’s almost entirely absent from (the reminiscent) deep space snapshots of Kamil Kowalczyk’s Nova, which I also recommend to would-be listeners. Still, Phobos ranks as an unusually substantial entry in the Spectrums Spools label, which has tended more towards reissues of ephemeral synth-pop material, though among heavier-weight colleagues it finds good company in the analogue dread of Steve Moore’s Pangaea Ultima and the airbrushed sci-fi meditations of Three-Legged Race’s Persuasive Barrier. From here to Eternity! 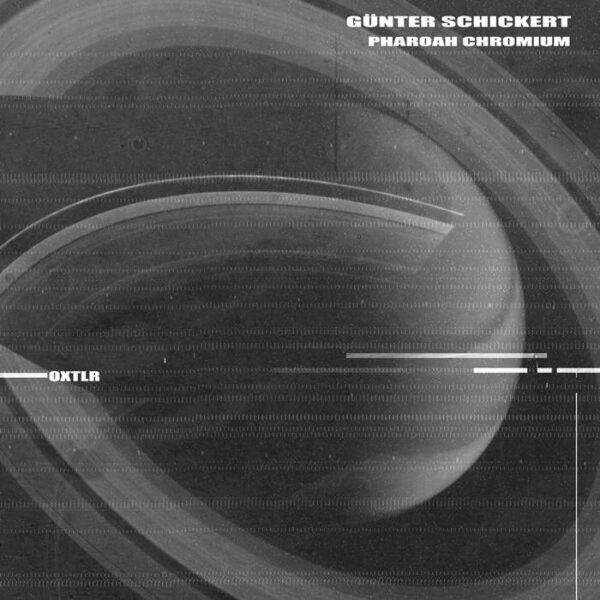 Last reviewed by SP in 2013, Pharoah Chromium’s Electric Cremation imparted ‘a colossal sense of existential emptiness and futuristic dystopian nightmare’ and with OXTLR ‘they’ (aka German/Palestinian composer Ghazi Barakat) returns from that dark future with newly cosmic ambitions, if the sleeve’s shadowy depictions of celestial bodies is anything to go by. This is largely due to the presence of headliner and guitarist Günter Schickert, hitherto unknown to me, but whose echo-laden guitar wanderings made him a notable presence in the fertile Krautrock heyday of the ‘60s and ‘70s and earned him a berth on the much-cited NWW list. Between them, the pair have set up shop as an outlet for substantial rock-based drones that harmonises their respective appetites for vistas galactic and dystopian, yet never quite allowing the mind to settle into passivity while listening.

There’s admittedly little here to surprise any aficionado of Kosmiche/psychedelic rock, but the musicians at least conspire to channel an atmosphere as paranoid as it is wondrous, perhaps of space as experienced by the increasingly paranoid HAL-9000 in 2001: A Space Odyssey, initially in the slurred air-raid siren undulations of opener ‘Bamiyan’ – which sprouts a slow radiance that slowly amasses the burning intensity of a star – and the low register, dream membrane-penetrating alarm call that accompanies a dynamic range of gravitational sweeps on ‘Galaktik Debris’. From within these loping analogue drones appear lines of brittle-fingered guitar and the odd, dart-like blast of flute.

Kudos is earned for the irony of the track titles. ‘Bamiyan’, to give one example, offers little spiritual succour though it derives its name from a Hindu-Buddhist temple situated in central Afghanistan; ‘Katharsis’ (to name another) provides nothing of the kind in its eternal (well, 22-minute), leather-winged flight: a reverberant and mildly distorted flurry of sun-bound guitar notes. The point has already been made that the implicit pleasure denial of such conceptual chicanery accords with the Grautag label’s penchant for futility, doom and gloom, but as with the music itself, there is a lot for us to ponder beneath the grey surfaces on show.