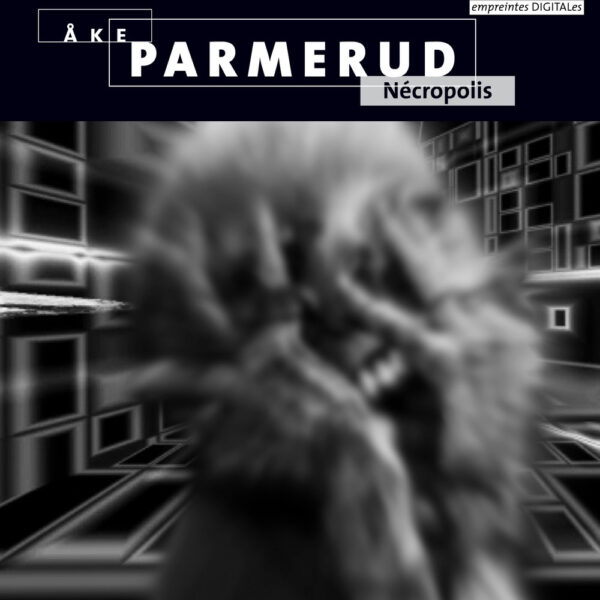 Last noted Swedish electro-acoustic composer Åke Parmerud of Göteborg with his Growl collection, an album which appealed to some of my darker leanings. Any curious listeners who enjoyed that item may wish to lean a lug in the direction of Nécropolis (empreintes DIGITALes IMED 16137), his new release offering four more pieces which this time around are themed mostly on sleep, dreams, and ghostly voices, including perhaps the voices of the dead. Well, actually very little of that is true, but a mind like mine is disposed to seek out dark themes wherever I can find them. At least the cover art is vaguely nightmarish, depicting a shrieking or grinning skull-faced demon of a supernatural caste. Mind you, you can see scarier images any night of the week on the Horror Channel.

His ‘Dreaming In Darkness’ from 2005 is one of those classic electro-acoustic pieces that slam together different timbres and tones to create strong aural contrasts and a sense of continual forward movement, a movement which comes to a sudden stop with each timbral shift. The piece mostly swims in an unreal fantasy zone, apart from those moments when “real-world” recordings seep in, mostly playing a sound-effect role in this radiophonic drama – footsteps on wooden floorboards, church bells, and doors slamming. The piece almost tells a story and evokes sensations of sleep-walking and delirious consciousness. It’s based on the idea of what a blind person might dream about, and the move “from representative sounds to the more abstract and musical material” in this piece is wholly planned and composed. It began life as a collaboration with Natasha Barrett 1, whose work may still leave residual traces on the finished item.

‘ReVoiced’ from 2009 isn’t really anything to do with these oneiric themes, but it certainly does create a surreal effect. Composers of this ilk love to do treatments on the human voice (it is quite a familiar trope in this field, ever since the 1960s, I make bold to claim) and take spoken words out of context. Parmerud began this piece in 1992 when he conducted a world tour and recorded as many voices as he could from all over the globe, mixing them together in an almighty wodge called ‘Grains Of Voices’. Perhaps he was looking for commonality in the scattered elements of the human race, trying to solve problems which the United Nations cannot. However, not all the recordings made it into the composition, so the left-over segments have been recycled into ‘ReVoiced’. Aboriginals, folks singers and shamans all join in this virtual choir; the entire geography of the world from North to South is represented. I don’t suppose Parmerud was looking for the same things an ethno-musicologist or folk song collector would seek, nor does he strive to represent the original context accurately, but he does weave a powerful magical-realist episode from these sources.

I was hoping for a more supernatural undercurrent to ‘Necropolis – City of the Dead’ from 2011, but it turns out to be a cut-up piece of orchestral stuff, sourced from recordings of famous classical music pieces. Parmerud bolsters his idea by writing a short blurb which casts him as a fictional tour guide or carnival barker, showing tourists around imaginary catacombs where they will see and hear the ghosts of music past, warning us that they are in a state of “decomposition”. Groan, at that pun. Yes, I’ve heard that joke about Beethoven in his grave too. Actually this can be quite thrilling if you experience it as a ghost-train ride through a selective history of classical music, but the technique is not an original one, and listeners of a less conventional leaning are bound to find more satisfaction in the layerings and juxtapositions that People Like Us does so well, with her plundering and subversion of the history of pop music. Parmerud, by contrast, is just a shade too respectful to his sources and the culture of the “great composers of the past”, thus unable to produce anything more than a polite and rather literal-minded collage of sound; like hearing 200 radio sets all tuned to Classic FM at once. From 10th March 2016.