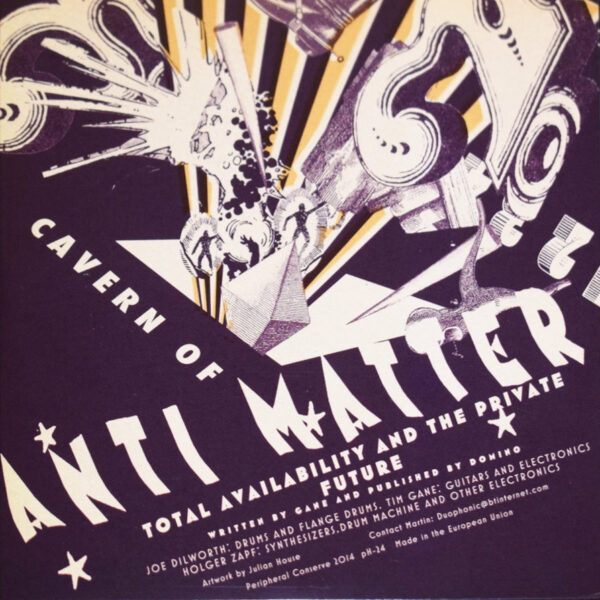 Cavern Of Anti-Matter is the current project of Tim Gane from Stereolab, where he plays guitar and electronics supported by Stereolab drummer Joe Dilworth and Holger Zapf playing synths, drum machines, and electronic noises. Lawrence Conquest noted their 2103 album Blood-Drums here, as “highly melodic instrumental synth pop of a determinedly retro variety”. Total Availability And The Private Future (PERIPHERAL CONSERVE pH-24) is much in the same mode, two pieces of clever synth pop with added beats. Quite nice. I always feel a tad underwhelmed by this band’s work, perhaps because the name itself Cavern Of Anti-Matter is leading me to expect something with more intellectual heft, or at the very least a bit more cavernous dub echo in the production. Or maybe something from a science fiction fantasy where they produce music so powerful and strange that it can undo the fabric of matter itself. That would be worth hearing. I’m sure Tim Gane knows that story about Tony Visconti’s Eventide Harmonizer used on Low, and probably filed that nugget away in his mental cabinet as a piece of rock mythology. If only they could live up to it. At any rate this music is nowhere near as smarmy and knowing as Stereolab used to be, so that’s progress. The cover art is by Julian House. Some nice design and collage elements going on here, and it could have been as strong as a meeting between Eduardo Paolozzi and Peter Max, but somehow the image loses its nerve and is lost in a welter of bad design. From 31 October 2014. 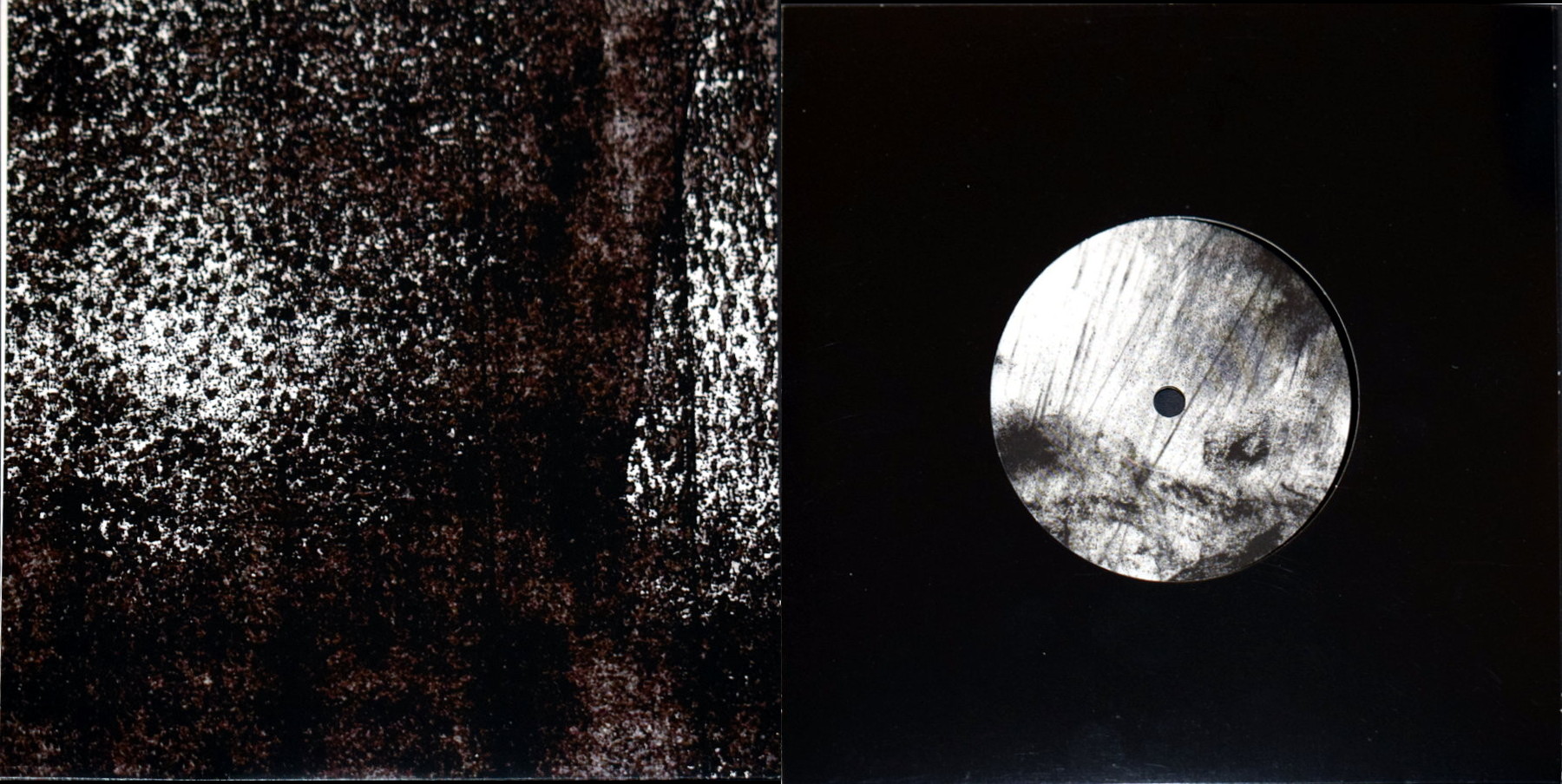 The duo of Loren Connors & Suzanne Langille appear on the 7-incher Strong & Foolish Heart / Blue Ghost Blues (TANUKI RECORDS #16), which was recorded at a festival in Glasgow in 2013. The alienated guitar music of Connors is something I feel I ought to know more about, and I’ve often bumped into it since there was a surge of interest in his music since the mid-1990s. There was an Ecstatic Yod box set of four CDs that compiled some of his early acoustic work that I’ve often wondered about. We have fared a little better in recent years with the Haunted House records, where Connors and Langille teamed up with others in a tenuous musical situation that could just about be described as a “band”. Their albums for Northern Spy were impressive, including a fairly rockin’ beast called Blue Ghost Blues…but I haven’t compared the 2011 version with the song on this single to confirm if it’s the same song in another form. Matter of fact “form” is never the word that really comes to mind when hearing this duo’s music, as it seemed determined never to materialise into any recognisable shape. Think instead of musical phantoms, ectoplasms, fogs; that might be a better way to consider its value. I will say that on her singing for ‘Strong & Foolish Heart’, Suzanne Langille does pay her respects to the blues idiom with her flattened fifths, but does so in slow motion, like a mannered, awkward and frozen-stiff version of Billie Holiday meeting Ida Cox at the side of some infernal glacier. Meanwhile Connors is producing effects that are more like shimmering, transient aerial phenomena (the Northern Lights, for instance) rather than concrete guitar chords, or anything that might translate back into a basic blues-box. The combination of odd shapes, FX pedals and perhaps the tremolo arm come into play in producing this ethereal sensation. Bleak and chilling material, but wait till you hear the near-apocalyptic wail of ‘Blue Ghost Blues’, where the guitar creeps into the noisier realms with extended, hollow-sounding riffs that induce lasting despair. Langille’s lyric is half-spoken, half-whispered, half-sung…the metaphor of ghosts and haunted houses clearly abides with her as a lasting “motif”, perhaps a way of dealing with ruined relationships, horrible memories, and impossible situations that can’t be resolved. Very good. 250 copies of the record were pressed, the visuals are by Loren and there are three different covers available. From 25th January 2016.